Israeli Researchers Build a Rat Cyborg With a Digital Cerebellum

The day when doctors can patch up the human brain with electronics, cyborg-style, hasn’t dawned just yet. But if the... 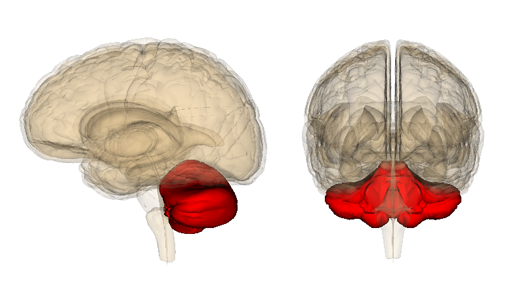 The day when doctors can patch up the human brain with electronics, cyborg-style, hasn’t dawned just yet. But if the rats at Tel Aviv University are any indication, that day may not be so very far away. Researchers there have developed a synthetic cerebellum that has restored lost brain function in rats, demonstrating that artificial brain analogs can potentially replace parts of the brain that aren’t functioning properly. Paging officer Alex Murphy.

The team’s synthetic cerebellum is more or less a simple microchip, but can receive sensory input from the brainstem, interpret that nerve input, and send the appropriate signal to a different region of the brainstem to initiate the appropriate movement. Right now it is only capable of dealing with the most basic stimuli/response sequence, but the very fact that researchers can do such a thing marks a pretty remarkable leap forward.

To achieve such a breakthrough, the cerebellum was a pretty ideal place to start. Its architecture is simple enough and one of its functions is to orchestrate motor movements in response to stimuli, making it easy enough to test. Using what they already knew about the way a rat’s cerebellum interacts with its brainstem to generate motion, they built a chip that mimicked that kind of neural processing and activity.

They then hooked up their chip to a rat whose cerebellum had been disabled (they did this externally, with the chip connected to the brain by electrodes–they did not implant the chip in the rat’s brain). Before hooking up their synthetic chip, they tried to teach the rat a behavior with its cerebellum switched off by combining an auditory tone with a puff of air to the rat’s eye that caused it to blink. The rat should’ve quickly learned to blink its eye at the stimulus of the tone alone without the puff of air (think Pavlov), but with its cerebellum disabled it could not.

The team then switched on the synthetic cerebellum chip. Soon enough, the rat learned to blink at the sound of the tone as a normal rat would. Their chip proved a sufficient stand-in for the rat’s own neural tissue.

This is a simple stimulus-response, but it’s also huge in terms of what it means for our understanding of how to manipulate the brain. The system would clearly have to be scaled way up for human use, which is not expected any time in the foreseeable future. But it does swing the door wide open for future synthetic implants that could replace nervous tissue damaged by injury, stroke, or age-related degradation.

Mash that up with the huge leaps being made all the time in robotic prosthetics and brain-computer interfaces, and you’re quickly wandering into full-on cyborg territory. See, we told you the future is now.