Doctors whose bodies are regularly exposed to x-rays may be adapting at the cellular level to protect themselves against radiation,... 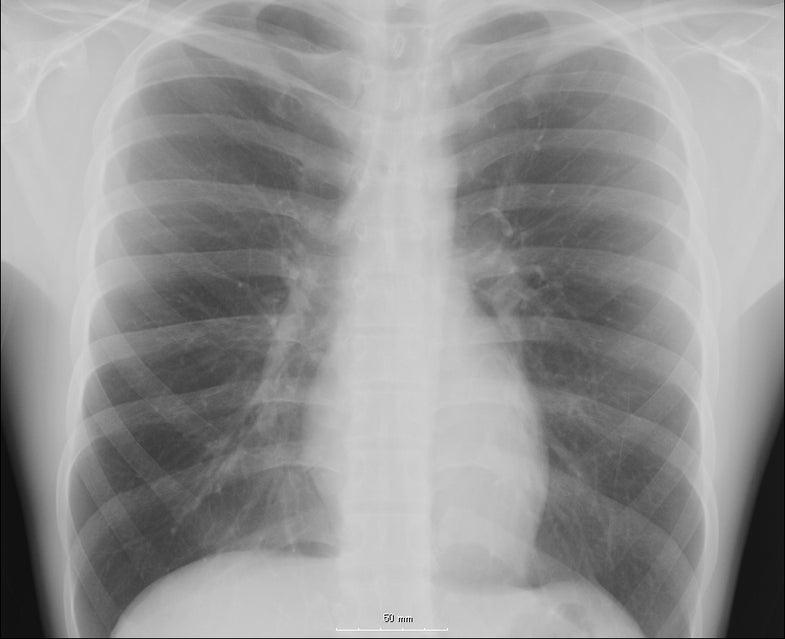 Doctors whose bodies are regularly exposed to x-rays may be adapting at the cellular level to protect themselves against radiation, according to a new study. The research hints that humans could adapt to withstand radiation exposure.

In a small study, interventional cardiologists, who perform heart operations using catheters guided by x-rays, had higher levels of hydrogen peroxide in their blood, which indicates potentially harmful changes. But they also had higher levels of an antioxidant that protects against cell damage, and their white blood cells had more of an enzyme involved in programmed cell death.

Researchers in Italy believe the hydrogen peroxide indicates the radiation causes harm, and that this induces a protective response — the antioxidant, called glutathione, protects cells, and the enzyme that induces apoptosis could reflect the body’s way of killing off cells that have been damaged by radiation.

Scientists led by Gian Luigi Russo, a senior research scientist at the Italian National Research Council, examined 10 interventional cardiologists and 10 health workers who were not exposed to radiation. They examined the cardiologists’ radiation badges and extrapolated their lifetime exposure, and then took blood samples to test for hydrogen peroxide, glutathione and the enzyme caspase-3.

Interventional cardiologists receive a higher annual radiation dose than radiologists, because of the way they do their work. A patient is exposed to high radiation levels so the doctor can see the catheter they’re using to perform certain minimally invasive heart procedures. To do this, the cardiologist has to work close to the radiation source. These x-ray guided procedures have nearly doubled from 1993 to 2006, the researchers report — meaning the relatively small doses add up over time.

“Our findings clearly emphasize for the first time that exposure to a level of radiation which is considered ‘safe’ by regulatory standards for interventional cardiologists can induce a profound biochemical and cellular adaptation,” Russo said in a news release.

Doctors should not stop working with radiation, he noted — they just need to ensure their own protection.

The research is published in the European Heart Journal.