For the First Time, Lab-Grown Blood Is Pumped Into a Human’s Veins

Artificial blood may become a common reality, thanks to the first successful transfusion of lab-grown blood into a human. Luc... 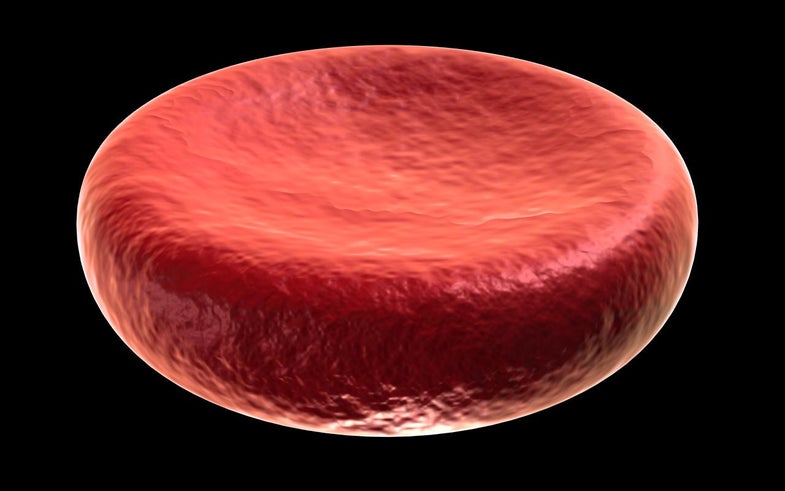 Artificial blood may become a common reality, thanks to the first successful transfusion of lab-grown blood into a human. Luc Douay, of Pierre and Marie Curie University, Paris, extracted hematopoietic stem cells from a volunteer’s bone marrow, and encouraged these cells to grow into red blood cells with a cocktail of growth factors. Douay’s team labeled these cultured cells for tracing, and injected 10 billion of them (equalling 2 milliliters of blood) back into the marrow donor’s body.

After five days, 94 to 100 percent of the blood cells remained circulating in the body. After 26 days, 41 to 63 percent remained, which is a normal survival rate for naturally produced blood cells. The cells functioned just like normal blood cells, effectively carrying oxygen around the body. “He showed that these cells do not have two tails or three horns and survive normally in the body,” said Anna Rita Migliaccio of Mount Sinai Medical Center in New York.

This is great news for international health care. “The results show promise that an unlimited blood reserve is within reach,” says Douay. The world is in dire need of a blood reserve, even with the rising donor numbers in the developed world. This need is even higher in parts of the world with high HIV infection rates, which have even lower reserves of donor-worthy blood.

The stem cell method has its own pros, though. “The advantage of stem cell technology is that the product will much more closely resemble a red cell transfusion, alleviating some of the safety concerns that continue around the use of the current generations of artificial products,” says Cooper.

While Douay’s results, published in the medical journal Blood, are a major step forward, mass-produced artificial blood is still a long way away. A patient in need of a blood transfusion would require 200 times the 10 billion cells that Douay and his colleagues used in the test. Robert Lanza, one of the first people to grow red blood cells in a lab on a large scale, suggests using embryonic stem cells, which could generate 10 times the amount grown by Douay.