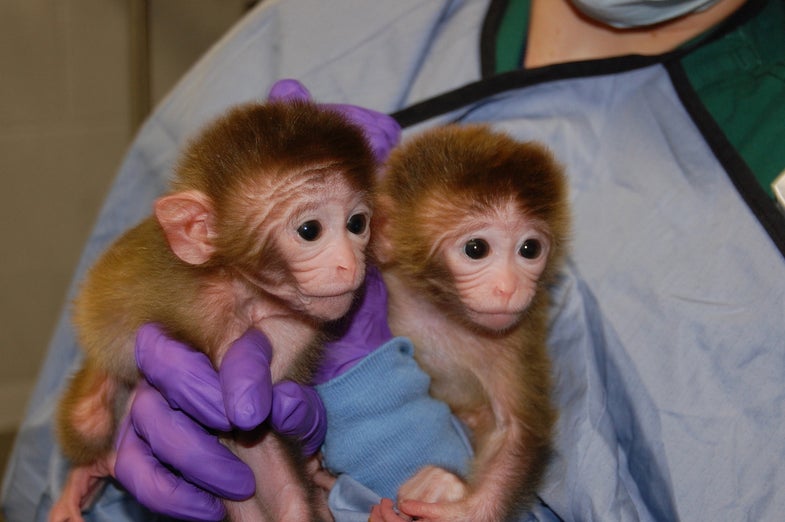 Scientists have produced the world’s first chimeric monkeys, developed from stem cells harvested from separate embryos. They contain genetic material from as many as six genomes. The infant rhesus monkeys are totally healthy and could hold great promise for future stem cell research in primates, researchers say. They also carry an interesting and controversial message for future stem cell research: Those cultured stem cell lines in labs throughout this country, such a crucial scientific tool and such a cultural flashpoint, may not be as potent as the ones inside embryos.

Chimeras are nothing new to science — chimeric mice are created all the time to form knockout models with deleted gene sequences. Nobody would ever create a chimeric human, but chimeric mice and other animal models can be used to study diseases and regenerative medicine.

Scientists led by Shoukhrat Mitalipov tried to reproduce the mouse method in monkeys, implanting cultured embryonic cells into existing monkey embryos, but it didn’t work. It turns out primate embryos prevent cultured embryonic stem cells from becoming integrated the way they do in mice. This is a surprising and important finding, and Mitalipov said scientists need to study why it’s the case. 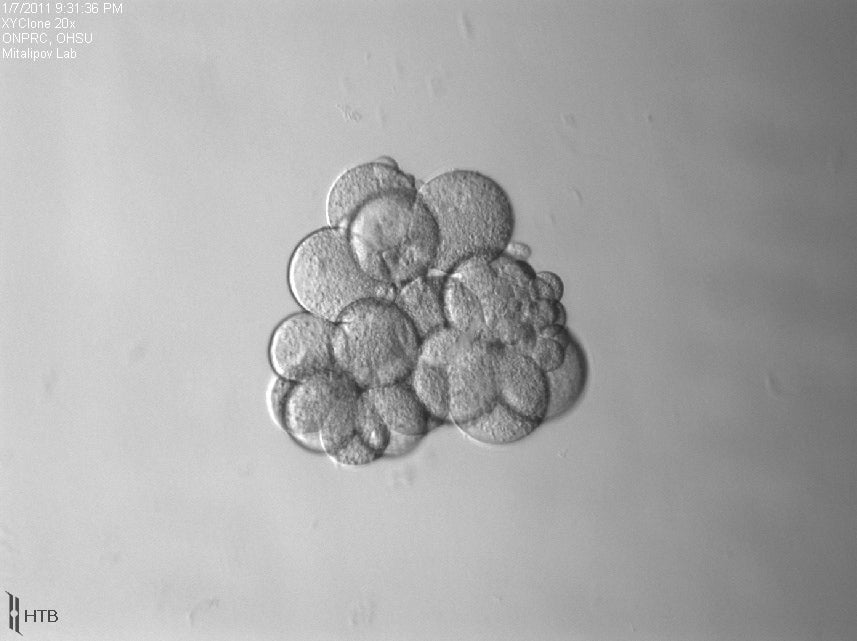 Dividing Cells in an Early Embryo

“We need to study not just cultured embryonic stem cells but also stem cells in embryos,” he said in a statement. “It’s too soon to close the chapter on these cells.”

This has implications for ongoing stem cell research. This research suggests that existing embryonic stem cell lines, some of which are two decades old, might not be as potent as the stem cells found inside new embryos. These are used as standards for comparison with induced pluripotent stem cells, a type of adult cell (often derived from skin cells) that can be forced to become a stem cell. But if they aren’t implantable in primates, and primates require totipotent zygotic cells, well, this raises some interesting questions.

“If we want to move stem cell therapies from the lab to clinics and from the mouse to humans, we need to understand what these primate cells can and can’t do,” Mitalipov said. “We need to study them in humans, including human embryos.”

The study appears in the early online edition of the journal Cell.