Add gumshoe detective to NASA’s resume. Last year, scientists from the space agency working with the US Geological Survey and... 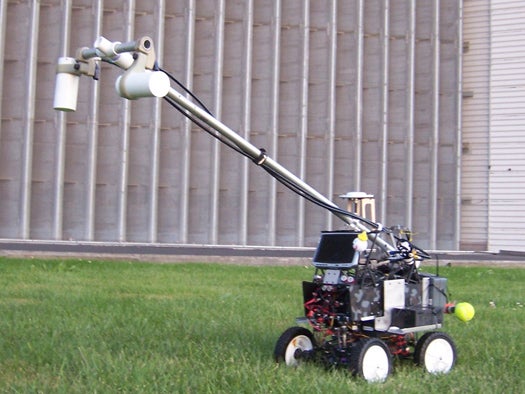 In 1991, a man named Bernardo Bass shot and killed his girlfriend Dawn Sanchez, but her body, the firearm used and Bass’s car — the last place Sanchez was seen — were nowhere to be found. It didn’t take a seasoned detective to finger Bass as a person of interest, but the case was dismissed the same year for lack of any hard evidence attaching Bass to the crime.

But the case was recently reopened when an informant told police Bass’s car may have been dismantled and buried in an abandoned lot in nearby Alviso, Calif. But the lot was large and littered with other metallic debris that made a full excavation difficult and costly, especially for a very cold case. So the DA enlisted the help of the USGS, which in turn contacted NASA’s Payload Directed Flight group to help with the search for Bass’s car.

The NASA group was already working on various technologies and processing algorithms geared for underground surveying, specifically ground penetrating radar systems. NASA was also working with Senseta Inc., a Carnegie Mellon spin-off company that was building the rovers that would host those sensors.

Working together, USGS, NASA, and Senseta scientists and engineers deployed a Senseta MAX 5.0A rover to map the magnetic environment of the abandoned lot. After processing the data set, the USGS was able to pinpoint some specific places ripe for excavation. The ensuing dig turned up pieces of Bass’s car that led to his eventually pleading no contest to charges of manslaughter nearly two decades after the crime was committed. Just another day at the office for America’s space program.