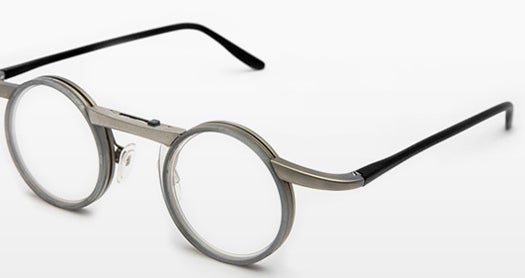 Eyewear with adjustable strength lenses isn’t new — PopSci first heaped “Best of What’s New” honors upon one concept a full ten years ago — but NASA is taking it to new heights, evaluating Zoom Focus Eyewear’s strength-shifting TruFocals for use on the International Space Station and other missions.

NASA’s astronauts used to be largely a corps of Air Force pilots with the near-perfect vision that goes along with being a young daredevil flyboy. But these days NASA has relaxed its vision restrictions as space missions have turned away from unprecedented flights and more toward routine scientific research missions requiring non-pilot specialists from various scientific fields.

Those specialists are often middle-aged and prime candidates for presbyopia, an age-related condition that makes it more difficult for the eyes to focus on nearby objects. This is compounded by the fact that long exposures to microgravity have been shown to exacerbate presbyopia in astronauts. NASA’s solution: send astronauts to space packing eyewear that allows them to adjust the focus of their lenses depending on the task at hand.

Zoom Focus’s TruFocals consist of lenses that are actually each made up of two smaller lenses — the outermost lens is the users actual prescription — separated by a thin but expandable layer of clear silicon fluid contained by a thin membrane. A slide lever on the bridge of the eyeglasses pushes the fluid forward or backward to alter the shape of that membrane, changing the focal distance depending on what the user is doing.

That adjustable focus allows astronauts to perform tasks like reading small-print checklists in low-light conditions on minute, then monitoring overhead readouts the next using the same pair of specs. Of course, before TruFocals earn their tickets aboard a spacecraft they have to survive a battery of tests, including one in which NASA will set them ablaze to see if they emit any harmful fumes. For the budget’s sake, hopefully NASA won’t have to burn too many pairs; with their thick, circular frames TruFocals might be the least-fashionable $900 glasses ever sold.