What we learned about the new variant over the last few weeks. 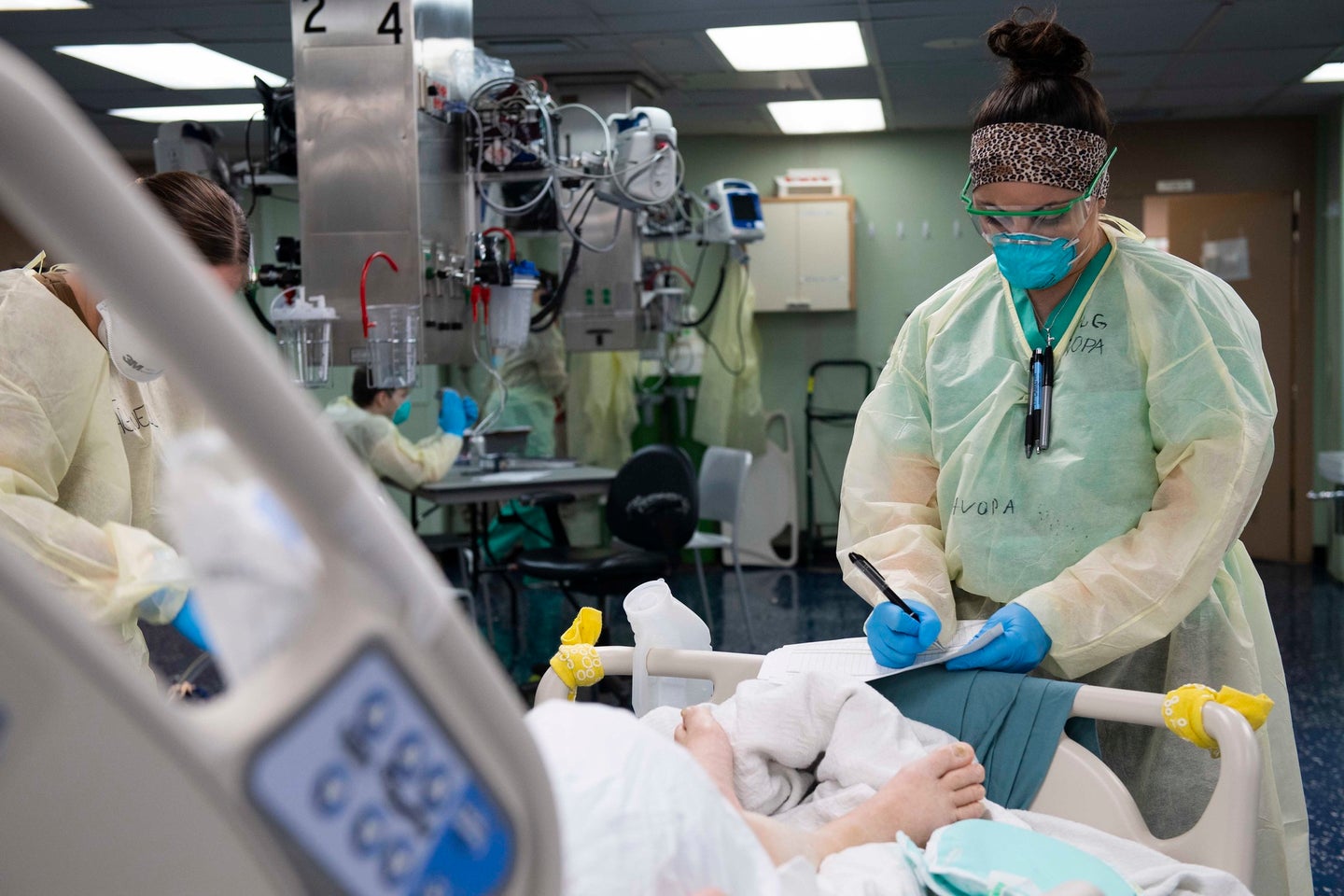 With Omicron now the dominant cause of COVID-19 across most of the world, including the United States, scientists have made headway in answering many of their early questions about the variant.

The variant set off alarm bells largely because of its unusual set of mutations: more than 30 on the virus’ crucial spike protein alone. Some of those mutations had helped previous variants escape the immune system.

At first, it was unclear how much those mutations would affect its transmission, and ability to infect people with some immunity, in the real world. Researchers are still working to pin down exact numbers, but now, it’s clear that the variant is highly transmissible and able to infect people with some existing immunity. However, vaccines, and particularly boosters, have proven effective at stopping severe disease, and while the Omicron wave is poised to cause many more cases than previous surges, the effects on the healthcare system are harder to predict.

Does it spread more quickly?

In South Africa, Omicron displaced Delta as the dominant strain of the virus in a matter of weeks. Its identification in the dense province of Gauteng was accompanied by rapidly growing outbreaks that quickly spread across the country.

Initially, it wasn’t clear whether that spread was coincidence—many of the early cases were connected to universities, raising the possibility of superspreader events—or if it indicated a transmission advantage.

But as Omicron took off across the planet, the director-general of the World Health Organization, Tedros Adhanom Ghebreyesus, told reporters that “Omicron is spreading at a rate we have not seen with any previous variant.”

In the UK, health secretary Sajid Javid told Sky News that “it’s spreading at a phenomenal rate, something that we’ve never seen before—it’s doubling every two to three days in infections.”

Research from a team at the University of Hong Kong offers a clue on why that might be. It found that Omicron replicates much faster than Delta in the bronchi, the tubes that lead to the lungs, but less well in the lungs themselves. That could be a mechanism that would lead to a more infectious, but less severe illness. The study hasn’t been through peer-review, but others have begun to find similar patterns.

Part of the challenge in determining Omicron’s infectiousness is that it has a separate advantage over Delta: It’s better able to infect people who have been vaccinated or recovered from prior infection. That means that it effectively has a larger population to spread within.

Omicron’s spread in South Africa, Scandinavia, the UK, and the US has demonstrated that Omicron is much more likely than Delta to reinfect people who have recovered from COVID already. That means that under-vaccinated parts of the world could be at risk for outbreaks, even if many people already had Delta.

And lab data from South Africa and across the world confirm that the antibodies produced after two doses of an mRNA vaccine are less efficient at taking down Omicron. It’s not clear exactly what that reduction in antibody response means for real-live humans, but it’s an indicator that two doses will be less effective at curbing infections.

It’s important to remember that vaccines can be effective in many ways. There’s evidence that vaccinated individuals are still protected against severe disease and death. Several teams have shown that vaccine-induced T-cells, white blood cells that stop an infection from progressing to an illness, still recognize the Omicron variant.

“What we don’t know yet is how much they’re going to be able to recognize,” says Alba Grifoni, a T-cell researcher at the La Jolla Institute for Immunology, and a member of one of those teams studying T-cell involvement in COVID infections. That recognition is likely to vary from person to person, which could create more variability in disease outcomes.

Here’s some good news from the antibody studies. Teams in South Africa, the UK, and Israel have all found that a third dose of Pfizer’s vaccine shores up antibody responses. Pfizer announced the same result in a press release. The UK team also found that three doses gave 70 to 75 percent protection against illness in the real world. And it investigated an mRNA booster for the AstraZeneca vaccine and found the same result. J&J announced that two doses of its vaccine were 85 percent effective against severe illness in a clinical trial.

Because Moderna is based on the same technology as Pfizer, it appears likely that boosters will be effective for all vaccines. Moderna and Pfizer have both said that they are developing Omicron-specific boosters in case they are needed. But White House chief medical advisor Anthony Fauci said before Christmas that “at this point, there is no need for a variant-specific booster.”

Is it less severe?

It’s now clear that on average, Omicron isn’t causing a surge in hospitalizations that clearly accompanies new infections. A report out of a large health care system in South Africa found that people infected with Omicron were less likely to be hospitalized than people infected in the first COVID wave. And a briefing from the UK’s Health Security Agency found that an individual with Omicron was about 40 percent less likely to visit an emergency room than an equivalent person with Delta.

But many individuals have some immunity, some because of a prior infection, others because vaccines remain effective. Some have a combination. And the existing immune landscape makes it challenging to estimate the “intrinsic” severity of Omicron. The South African report also notes that children under 18, who are less likely to be vaccinated, were 20 percent more likely to be admitted to the hospital with COVID complications than in the first wave. And the UK report noted that it hadn’t considered immunity from prior infections—another study attributed the majority of that protection to prior infections.

Still, researchers are beginning to express confidence that Omicron is intrinsically less dangerous. That’s in part because of the suggestion that it’s less likely to infect the lungs, and in part because of real-world data. At a December briefing, South African infectious disease researcher Anna von Gottberg displayed data showing that early in the Omicron wave, Omicron cases led to fewer hospitalizations—presumably in a setting with the same levels of pre-existing immunity. There are “some hints that maybe the disease is less severe, but we need to wait several weeks,” she said.

Don’t expect clear answers soon. In the case of the Delta variant, it took months to determine whether increased hospitalization rates in the UK were due to a more severe virus, or more widespread transmission. Even now, the data are ambiguous.

“It seems like the biggest factor explaining the number of deaths from Delta are how many cases it caused, not that it’s more dangerous in a given case,” says Jeremy Kamil, a virologist at Louisiana State University Health Shreveport. Even if Omicron is milder, if it spreads as rapidly as Delta, it could kill a lot of people. Even if it doesn’t kill many people directly, if hospitals are overwhelmed with a wave of moderate cases, people in need of surgery or emergency care—think heart attacks and car crashes—could be left waiting for beds.