A timeline leading to the 2019 measles outbreaks. 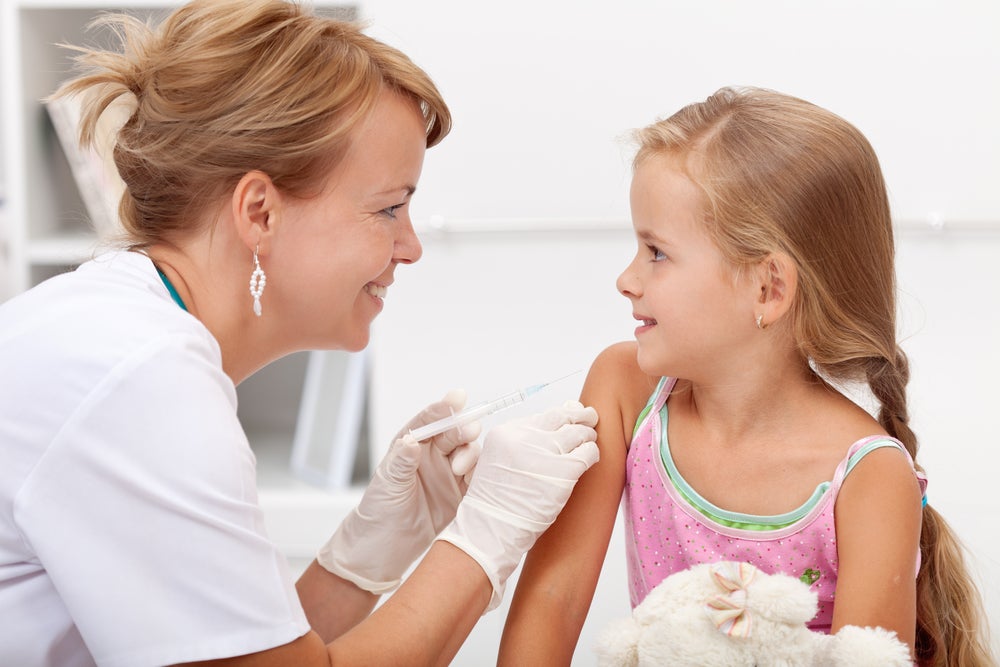 The whole of the continental United States is currently sandwiched between two measles outbreaks. On the far left coast, the highly-contagious viral illness has quickly spread in Oregon and Washington, bringing fevers, ear infection, pneumonia, and the potential for blindness and brain inflammation with it. Meanwhile, on the east coast, New York and New Jersey are experiencing one of the worst outbreaks in state history, with almost 200 cases primarily concentrated in the ultra-Orthodox Jewish community. And the disease is likely to continue to spread.

The pain and suffering measles inflicts may be shocking. But it’s not, unfortunately, all that surprising. In Clark County, the Washington-Oregon borderland in the midst of a severe measles outbreak, 1 in 4 kindergarteners are not completely vaccinated.

For many parents, the decision not to inoculate their children is born of fear the vaccine will cause autism. This kind of anxiety, fear-mongering, and misinformation isn’t atypical in the history of vaccines: In 1796, for example, Englishman Edward Jenner devised a solution for smallpox, which involved extracting cowpox from livestock and injecting it into healthy people. Many got sick (and a few did die), but thousands of people were spared from smallpox. Unfortunately, many citizens didn’t think it was a fair trade off—and in the mid-1800s began raging against vaccinations, which the British government had made compulsory. But thanks to social media and lenient laws in many states allowing vaccine exemptions for school-age children, the modern anti-vaccine movement is bigger—and more dangerous—than Jenner could ever have imagined.

Here’s how that came to pass:

1943: Autism is first described by doctors

In 1943, Leo Kanner, a physician at John Hopkins University, was the first to use the word “autism,” which comes from the Greek words for “isolated self,” to describe children whose behavior was atypically aloof. (In Germany, Hans Asperger was beginning research around the same time on a similar phenomenon, now known as Asperger’s syndrome.) The definitions of autism have been continually redefined in the decades since. Today, it’s typically described as a spectrum of disorders, with a wide range of behaviors, from social awareness deficits to repetitive behaviors.

“MMR” stands for measles, mumps, and rubella, three distinct viral illnesses. In the 1960s, scientists developed vaccines for each individual disease, but it wasn’t until 1971 that pharmaceutical giant Merck licensed microbiologist Maurice Hilleman’s trifecta and released it to the public. The vaccine has minimal side effects, namely pain or redness at the injection site. One in a million people may suffer from a severe allergic reaction, typically within a few minutes of injection. This can have serious consequences, like febrile seizures. But the benefits are profound: “before measles vaccination was widely available,” the European Centre for Disease Prevention and Control reports, approximately 2.6 million children died every year from measles. In 2012, it was down to 122,000.

1998: The Lancet publishes a now-retracted paper by Andrew Wakefield

The paper, retracted by the journal in 2010, was roundly criticized by the medical research community. The sample size was small, especially in comparison to the enormous claims Wakefield made. The relationship between vaccines and developmental disorders wasn’t actually investigated. And Wakefield, whose medical license has since been revoked, was ultimately shown to have committed fraud, altering “numerous facts about the patients’ medical histories in order to support his claim to have identified a new syndrome,” according to a 2011 editorial in the British Medical Journal.

“The best thing you can say about that paper—and I really mean the best thing you can say about it—is that it raised a question,” says Paul Offit, physician and director of the Vaccine Education Center at the Children’s Hospital of Philadelphia. “It in no way tested it.” But other research has. Studies comparing thousands of children in countries around the world have shown that, even when you control for factors like economic status or other health differences, rates of autism are equal between vaccinated and unvaccinated populations.

This wasn’t the first erroneous explanation for the origins of autism, though it may be the most potent. In the 1950s, the popular trope of the “refrigerator mom” held that emotionally-distant parents were responsible for atypical neurological development in their children. It also wasn’t the first attempt to link vaccines to illness. In the 1980s, anti-vaccine agitators tried to link the pertussis or whooping cough vaccine to brain damage.

Fears among parents were only boosted the following year, when the U.S. government published a report that the vaccines for diphtheria, tetanus, acellular pertussis (DTaP); Haemophilus influenzae type b (Hib); and hepatitis B had higher levels of mercury than previously calculated. The offending ingredient was thimerosal, which is derived from ethylmercury, an organic substance excreted almost five times as fast as methylmercury, the quicksilver most people typically worry about ingesting. While research has determined that thimerosal poses a negligible threat, the government report was enough to stoke fears that autism may be triggered by the mercury in vaccines, despite evidence to the contrary.

“We scared people. I think we can hold ourselves responsible for that,” Offit, who was part of the panel that issued the report, says. Even though the research was clear that thimerosal didn’t pose a threat, bungled efforts to comfort parents only added fuel to the fire. The American Academy of Pediatrics and Public Health Service said in a statement that “current levels of thimerosal will not hurt children, but reducing those levels will make safe vaccines even safer,” prompting worried parents to agonize over how something safe could be made any safer.

Celebrities and politicians stoked anti-vav sentiments in earnest starting in 2005. That’s the year that two parents of an autistic son founded Generation Rescue and began engaging “celebrity influencers” like actress Jenny McCarthy to promote their agenda. It’s also the year that Robert F. Kennedy, Jr. published his article “Deadly Immunity” in Rolling Stone magazine, alleging “the government rushed to conceal the data” about mercury in vaccines causing autism, despite substantial evidence to the contrary.

American pediatrician Robert Sears, who goes by Dr. Bob, published The Vaccine Book: Making the Right Decision for Your Child in 2007 to widespread criticism. It provides two alternate schedules for vaccinating: One involves skipping certain vaccines altogether, while the other advises delays and spaces out different immunizations, on the scientifically unsound assumption that more time between vaccines could prevent side effects.

“Alternative is a seductive term—alternative music, alternative energy,” Offit says. “But there is no alternative vaccine schedule.” Instead of protecting patients from non-existent side effects, Offit and his colleague Charlotte Moser wrote in a special article in the journal Pediatrics, Dr. Bob’s plan just increases the risk of children contracting very real diseases, like measles.

It’s not all bleak. In December 2014, measles broke out in California, and didn’t cease until February 2015. But the event led the state to eliminate its philosophical (or “personal beliefs”) exemption, allowing only medical exemptions from childhood vaccinations. “I think what happened to California is a harbinger of things to come,” Offit says.

In August 2018, the American Journal of Public Health published a study analyzing the influence Russian-made fake accounts had on the anti-vaccine movement in the United States. Between July 2014 and September 2017, the authors report, Russian “trolls, sophisticated bots, and content polluters” tweeted about vaccination at higher rates than real users. Some promoted misinformation, while other fake accounts seemed intent on “sowing discord.” Inflammatory messages ranged from antagonistic tweets that seemed pro-vaccine “You can’t fix stupidity. Let them die from measles, and I’m for #vaccination” to explicitly anti-vaccine messages like “Don’t get #vaccines. Illuminati are behind it.” Together, these fake users “create[d] false equivalency, eroding public consensus on vaccination,” according to the study.

Where do we go from here?

Misinformation around the risks of vaccines continues to this day. While no medical treatment is entirely risk-free, the vast majority of experts, relying on the vast majority of evidence, are confident that the benefits of vaccination far outweigh the potential downsides. Fortunately, it’s not too late to get up to speed on your vaccinations, whether you need your first MMR vaccine, a tetanus booster, or just the seasonal flu shot.