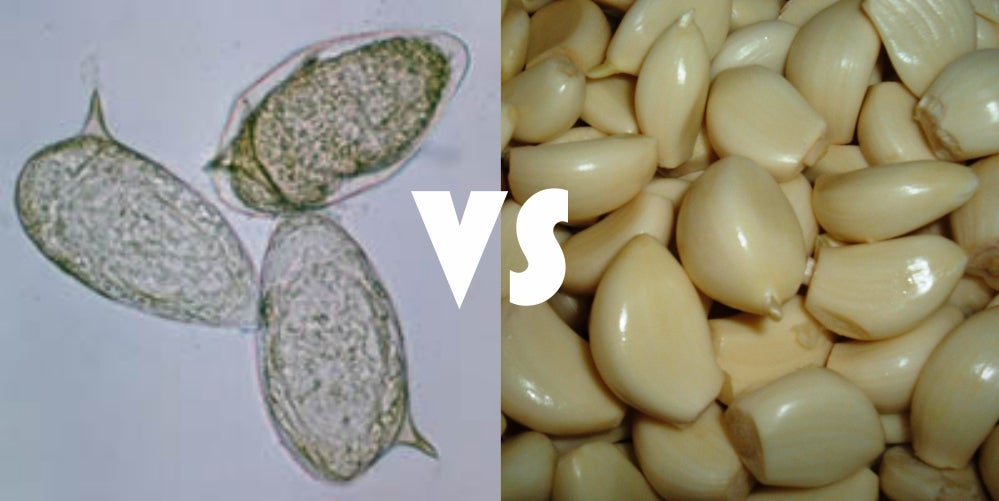 Although Schistosoma masoni may not be a household name in the United States, in many areas of the world, the mere mention of this helminth worm, also called a blood fluke, can lead to concern. Some 240 million people are affected worldwide and upwards of one-tenth of the global population is at risk of infection. This species, along with several other relatives, is responsible for a variety of illnesses ranging from rash to organ damage to paralysis.

There is no vaccine for Schistosoma and as a result, infected individuals rely on drugs such as praziquantel. However, resistance to the drug has been seen and appears to be spreading not unlike antibiotic resistance in bacteria. This suggests there is a need to examine other alternatives in order to fight infection.

While there have been some successes in the lab, none have made it past the rigor of clinical tests. The reasons have varied from lack of tolerance in individuals to sometimes severe adverse events. But the chemical route is the only one available. An examination of naturally derived products known to be safe could offer alternatives to the more traditional pharmacological route.

For millennia, humans have relied on plants to provide relief from infections. Although most have been sidelined due to a lack of efficacy or simply because modern medicine offered a better path, they are still considered viable options. In light of the onslaught of resistance, some have decided to look back in the hopes of finding a cure for the future.

In terms of Schistosoma, a group of Egyptian researchers have recently discovered a possible path. For them, a historical clue provided the basis to determine the anti-helminth activity of one of the world’s most prominent plants, garlic. The results revealed our ancestors may have been on the right track to help the millions suffering today.

The experiments were performed in mice to get a better handle on the effects of orally administered garlic oil on the worms. The animals were divided into several groups including control, garlic control, untreated infection, and garlic-treated infection at varying times during the course of a six-week period. Infection was done through the skin so it mimicked how many humans get the disease.

When the results came back, the researchers were left with a rather strange predicament. The garlic did seem to work in reducing the level of infection yet there was a huge caveat. Only groups that received garlic in the first week of infection saw any improvement. If garlic was given any later, there was little effect. To the researchers, this difference in effect meant the treatment was most likely not affecting the worms directly. Instead, they believed the actual target of the garlic was the immune system.

It’s been known for several years garlic has both anti-inflammatory and anti-oxidant properties. It’s also known Schistosoma infection increases inflammation particularly in the first few days of infection. Based on this knowledge, the authors felt the therapeutic activity had to do with blocking inflammation.

When they tested the mice for biomarkers of inflammation, they found animals receiving garlic oil in the first stages of infection had far fewer signs of the condition. However, those fed garlic after two and four weeks did not have this benefit. They were just as inflamed as the infected controls. This result clearly showed the importance of inflammation in the early stages of infection and how controlling that with garlic could help to remediate the infection.

For the authors, the effect of garlic wasn’t the highlight of the study. Garlic was essentially doing what it had always been known to do. The real value of this study came in observing the positive effects of anti-inflammatory activity in the first few days of infection. The worms were rendered weaker and more susceptible to immunological clearance. Although there was no subsequent testing with praziquantel, the weakened state of the helminths could suggest treatment may also be far more effective.

Although these experiments were done in mice and not in humans, the potential to develop clinical trials is clearly apparent. If indeed the anti-inflammatory effect of garlic can be shown to help reduce Schistosoma infection in humans, it may offer a valid route forward. Garlic oil may be used as a prophylaxis in areas where the infection is endemic. It may also be used as a means of early treatment in cases where infection is suspected. Although this may not entirely prevent people from coming down with the disease, it may minimize the need for praziquantel and reduce the spread of resistance.