From logic puzzles to ghost adventures, here are one gaming expert’s favorites to help distract you and your kids. 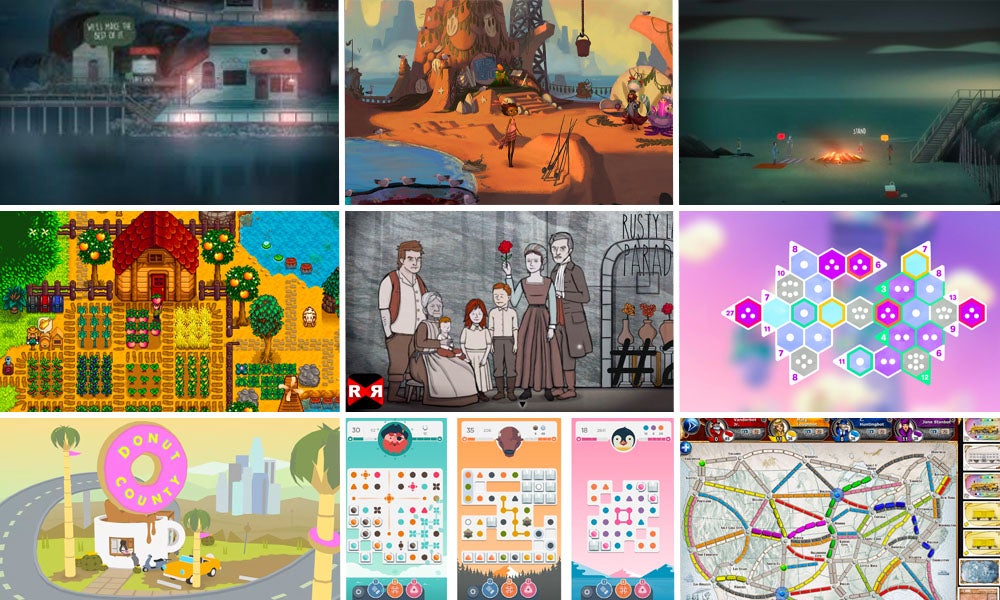 Shira Chess is associate professor of Entertainment and Media Studies at the University of Georgia and author of Ready Player Two and Play Like a Feminist, coming this fall. This story originally featured on MIT Press Reader.

We’re living in a strange moment in history. In the face of COVID-19 many of us are withdrawing into our homes. Some of us suddenly have a surplus of time. While leisure might have once seemed like an unachievable goal, it now has an unsettling, tenuous quality: Rather than being born out of a desire for relaxation, it is the result of a slow-down that was forced upon us. Around the country and around the world, many of us are in a position where we are sequestered and desperately seeking new kinds of distraction.

In my forthcoming book, Play Like a Feminist, I argue that playing more games (in every way imaginable) is of import to feminists: It’s an issue of equality and quality of life, and one essential to restructuring the flawed nature of the video game industry. To that end, I argue that feminists need to find time and space to play more, and to create more opportunities for play for those around them. While my book could not possibly have anticipated the strange crisis of our current moment, I would like to suggest that some of you can use this opportunity to find ways to deliberately play more and do it on devices that you already own.

The problem is finding the right place to start. As a woman who has researched video games for more than a decade, I get many requests for recommendations from unlikely players. Most of the people who ask are not “hardcore gamers”—they are people who might be called “game curious” (a term that I have borrowed from movements based out of Toronto and Montreal). But, while the game curious might want to experiment with digital leisure, they don’t always know where to start: The Apple Store can be daunting and online lists work under the assumption that players understand the terminology, play styles, and the lineage of past games.

The following suggestions are for excellent games, meant for those who don’t play a lot. Some of them are artful and literary. Some of them are weird. Many are sweet and thoughtful. Most of them are engaging and might, perhaps, help to distract you in ways that will help you survive the next month (or longer). At the same time, I hope, many of the games I’m listing here might convince you that video games are important, and that playing and promoting play is an activist concern.

The following list is broken up by price points, for those who want to invest nothing, a little, or a bit more in your playful distractions.

While people are often dismissive of free-to-play (F2P) mobile games, they can be quite satisfying: not just as ways to “waste time” but as ways to meditate. Match-3 and puzzle games help to control our focus and relax us. At the same time, the organizational mechanics can be satisfying and give us a sense of control over the world around us.

The latest in the Diner Dash franchise is fast paced, funny, and cute. The player is a waitress managing customers, which is more fun than you might think. A good game for those of you looking to feel productive in this unproductive moment.

The games in the Dots franchise are a calmer, less visually stimulating version of the Match-3 style of game. The design is minimalist, the colors and animations are not visually overwhelming, and the game is a relaxing way to meditate while you play.

A match-3 game with some excellent twists, and more levels than you could ever dream of. While you match fruits in a line, you can simultaneously feed grateful, cute, baby animals.

An excellent bubble shooter game that is light on narrative and has excellent physics. By tossing balls into the air you save cute baby seals on behalf of a mother seal; breaking them free gives a nice satisfying rush.

There are a lot of independent, smaller mobile games that are artful, literary, and satisfying. Here are a few to consider.

A weird and hilarious game where you play as a hole in the ground, sucking up everything around you; an apt metaphor for the current zeitgeist. Swallowing up the world into giant holes is the best possible way to spend a few weeks, and the game is still fun on replay.

A gorgeous silent puzzle game that involves rearranging hand-drawn squares as it tells you a story. It takes a while to get a hang of how to play, but once you get into it, the puzzles are absorbing and visually stunning. If you are going to stare at a screen, this is one of the best ways to do it.

A cool number logic game that would appeal to fans of Sudoku. The game is quiet and relaxing and thoughtful, and it is easy to get lost in. The surrounding art is calming and minimalist, and the logic puzzles are increasingly challenging.

The Monument Valley games are breathtakingly beautiful puzzles that have the player navigate through Escher-esque castles and landscapes. Looking at the structures and spaces differently yields answers, making it a game that helps us remember to keep perspective.

The digital version of the popular board game has an excellent online version; you can multiplayer online with friends asynchronously. I always have at least two versions of the game playing in my everyday life, and you can play with bots if your friends aren’t available. When you get bored of the US map, alternate ones are available for purchase.

Rusty Lake Paradise (or any of the Rusty Lake games)

The Rusty Lake games are puzzle adventures that feel like it was made by the progeny of Edward Gorey. Rusty Lake Paradise is my personal favorite of the series; it is weird, a bit bloody, and oddly funny little puzzles.

If you are willing to spend a little bit more money, you can have some truly excellent experiences on your mobile device. Here are a few suggestions.

Stardew Valley is the darling of independent games. It’s a deeply involved farming game that involves magical realism and romance. If you’re looking to get sucked into an easy, adorable game world for the next month, this is the best thing money can buy you.

Oxenfree is an emotionally engaging ghost-story adventure game with multiple looping endings. The trick of it is that how you respond to other characters (if you’re nice, mean, indifferent) changes the possibilities of how the story goes. The story involves a group of teens on an abandoned island, trying to navigate some malcontent spirits.

A deep adventure game where you rotate playing between two protagonists in an absurdist, hilarious, fantasy world. The game is about 10 hours of combined playtime and is funny, sweet, and has a satisfying narrative conclusion.

A story game where you play a detective, solving a larger puzzle in a small town by figuring out the solutions to short riddles. Some of the riddles might be familiar, others are new but the overlay of the cute villagers offering brainteasers is just the right level of fun. There are several other games in this franchise.

In addition, it is also worth mentioning that iOS has Apple Arcade that is $5 a month for unlimited games—there are some excellent options available, such as Sayonara Wild Hearts, Patterned, Jenny LeClue, and Sneaky Sasquatch.

Regardless of what you choose, remember that there are things to do on our screens beyond refreshing the news and scrolling social media. Video games are not all just violent, gun-filled explosions. Try a few experiences, expand your world, and escape for a while.