International collaboration, which the World Health Organization helps provide, is key to getting through a pandemic. 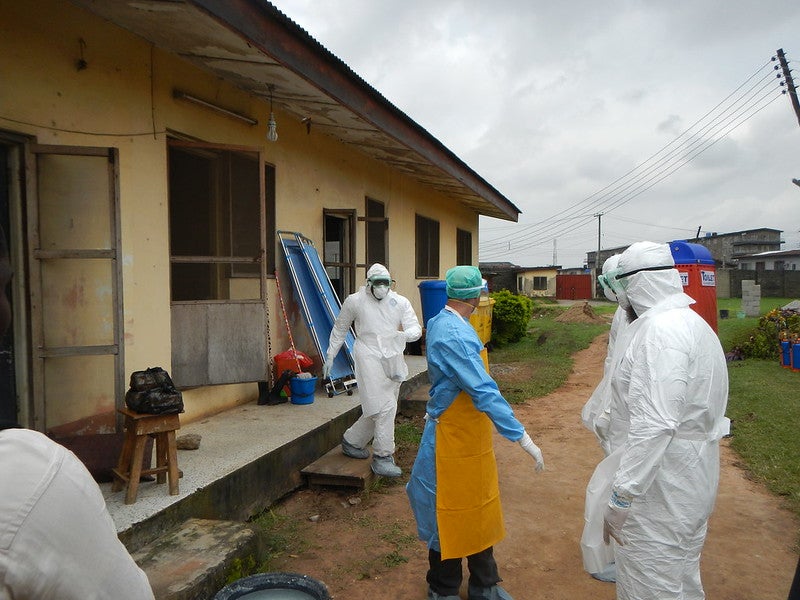 International collaboration, which the World Health Organization helps provide, is key to getting through a pandemic. CDC/Bryan Christensen
SHARE

President Donald Trump announced last Tuesday that the United States is suspending its contribution to the yearly budget of the World Health Organization. He accused the organization of being “China-centric” and downplaying the virus’s severity, among a number of other claims. But the real story is more complex and many have criticized Trump for defunding the organization. A number of reputable sources have also noted that President Trump’s remarks were not accurate.

The US contribution represents about 10 percent of the WHO’s funding, says Nicholas Grossman, a professor in the University of Illinois Department of Political Science. According to NBC News, last year the US spent just under $60 million helping to support the WHO, which is entirely funded by UN member nations. Pulling the funding will reduce the organization’s capacity, he says, but it won’t scupper it.

However, the political move Trump made might have greater public health consequences, he says. The WHO has a mission to advance global health and gather global health information, but they’re also at the mercy of world powers. “Because they are a UN agency, they are sort of unavoidably politicized,” he says.

That means they need to maintain working relationships with powerful countries—European nations, China, and the United States, for example—in order to get the data and funds they need to pursue their mission. For that reason, he says, they’ve tread softly with China; not pushing back on their suspiciously low reported infection rates and not asking for more information on what China knows about the origins of the SARS-CoV-2 virus, which causes COVID-19.

It’s hard to know how much this soft approach has been about diplomacy aimed at getting China to disclose *some* information to the international community, that will help in disease planning and management. It might also be related to the fact that the current Director-General of the WHO was China’s pick for the post, Grossman says.

Simply severing links to the organization by defunding “seems kind of divorced from strategy,” he says. And politics aside, it’s unlikely to help solve the pandemic. Health challenges as grand as this one require a constant flow of information. As scientists learn more about the virus, data, recommendation, and treatment plans need to be updated and shared with the world at large. .

“I think the biggest lesson of the global pandemic is we clearly need more global health capacity, rather than less,” he says. In regards to the WHO specifically, “I can see a pretty good argument for trying to reform the organization” and push China to disclose more, he says. When change was needed at any of the UN agencies in the past, he says, previous presidents of both parties acted by lining up an international coalition with allied countries and collectively exerting that pressure.

A pandemic is exactly the moment that nations need to work together, Science editor-in-chief H. Holden Thorp wrote in an editorial published Monday. “A virus doesn’t respect borders between countries,” Thorp wrote. “Unfortunately, too many world leaders want to treat the situation as a problem for their nation alone and not the world.”

At best, Grossman says, it’s possible to interpret President Trump’s move as petulance. At worst, it’s a move to scapegoat another institution for bad handling of the pandemic here at home. It’s also likely to further place obstacles in the delicate international relations that are keeping information flowing—even in a limited sense—during this unprecedented time.