Some vaccinated adults may not be protected against measles

If you got your measles shot in the '60s, you might need another one. 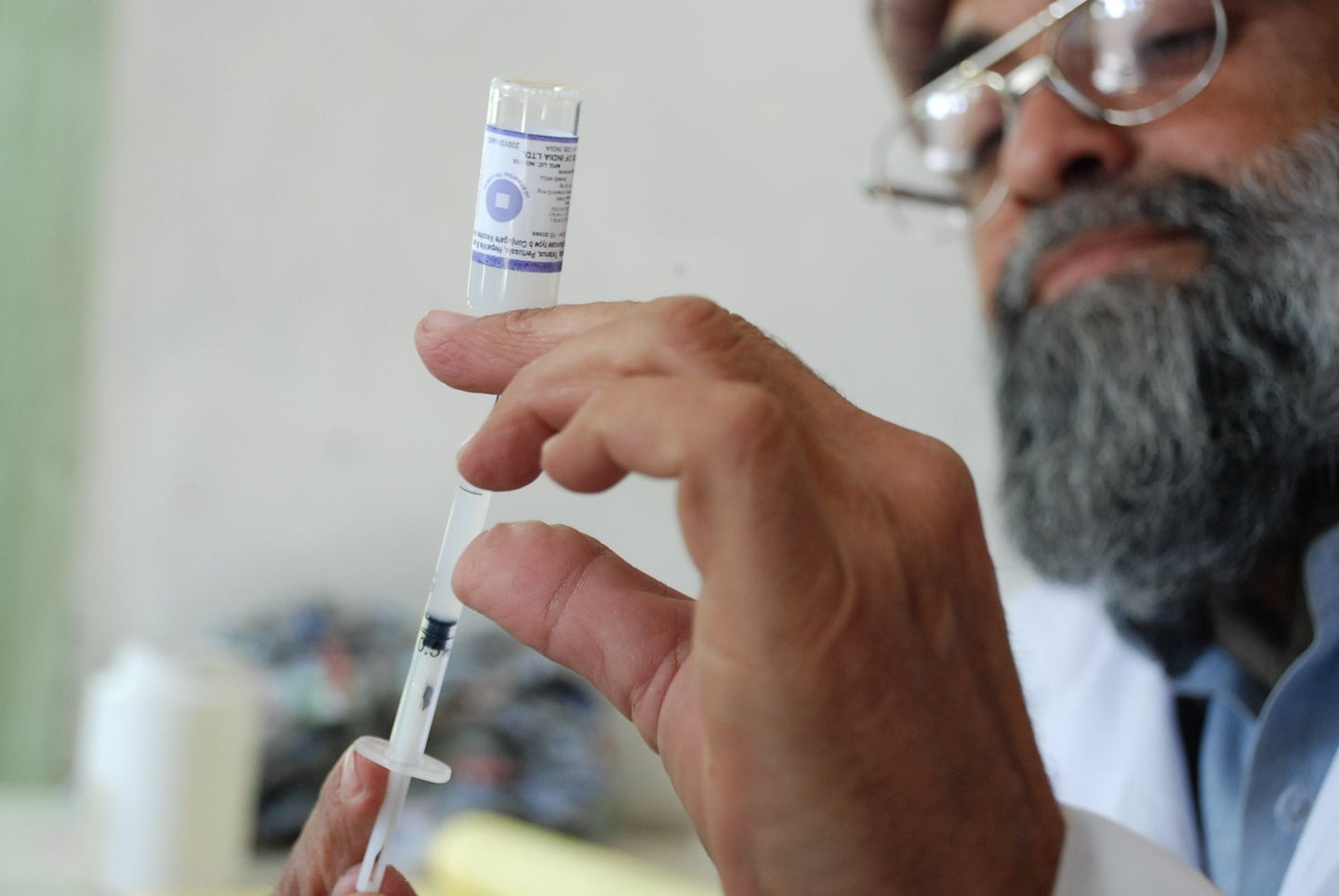 As the measles outbreak in the Pacific Northwest continues to spread, people are flocking to get vaccinated. But some baby boomers in need of a measles shot may not even realize it.

If you were born prior to 1957, you were born in an era when the measles virus was so prevalent that the Centers for Disease Control considers you to be immune—coming into contact with the disease during your childhood was simply inevitable. People born after 1975 came into a world where we had a highly effective live measles virus vaccine, which the vast majority of Americans received as children. But the intervening decade or so is something of a grey zone.

The measles vaccine came into use in 1963, but one of the main versions available was an inactivated, killed version of the virus. It wasn’t until 1968 that a live, attenuated version became the exclusive vaccine across the U.S. (some other countries continued to use the inactivated vaccine for a few years). Only around 600,000 to 900,000 people received that outdated shot, but experts at the CDC say the problem is that “most people don’t know they fall into this group because they don’t usually keep those records.”

There was also another less effective version of the live vaccine derived from the Edmonston B strain of measles, the original virus isolated from 12-year-old David Edmonston. “Because these patients may have received immunoglobulin with the Edmonston B strain, that could have decreased effectiveness of the vaccine,” CDC experts confirm. They note that an estimated 18.9 million doses (doses, not people) of that shot were administered from 1963 to 1975.

If you were born after 1976, the CDC notes that you almost certainly got the modern MMRII vaccine still in use today. But if you were born in the grey zone and are concerned about your immunity, you should talk to your doctor about getting revaccinated.

In the 1960s, scientists realized that some people who received the killed virus in their shots could get a strange new disease when exposed to the wild measles virus. Researchers called it atypical measles syndrome, and it involved a two- to three-day bout of high fever, headaches, rashes, cough, and myalgias (bodily aches and pains). Some got lesions on their lungs or hepatitis.

This is a potential but small concern for recipients of the inactivated vaccine. More recent studies in monkeys suggest atypical measles is the result of incomplete antibody maturation as a result of an ineffective vaccination. The risk of getting this syndrome is vanishingly small, but medical reviews of measles still include it as an unusual variation of the disease. There was one case study from 2015 that notes no cases have been reported since 1980 (except for the subject of said study, of course). A 1982 letter in the American Academy of Pediatrics journal by two CDC researchers notes that it may only have been a concern for people who received the live vaccine mere months after getting the inactivated version, so this may not be an issue at all. Some anti-vax groups bring up atypical measles in an effort to dissuade folks from getting immunized. The CDC still firmly states that anyone who got the inactivated measles shot should get re-immunized—the risk to you is far greater if you stay unvaccinated.

The other potential issue is that some people who get revaccinated experience severe local reactions to the shot. Researchers investigating these responses in the ’60s hypothesized that both these and the cases of atypical measles syndrome were caused by the combination of antibodies against measles in the bloodstream, and a delayed hypersensitivity to the virus. A 1978 study of 75 revaccinated children found that 45 percent didn’t have any reaction to the shot, though 28 percent had some kind of systemic reaction like a slight fever, a headache, fatigue, a sore throat, or a cough. Just over 20 percent had localized pain around the injection site, some for as long as five days. An unlucky four percent had severe reactions, including both systemic issues and local pain, for an average of eight days after injection. All of these folks recovered just fine, though, and the study notes that these reactions were overall even less common and less severe than were cases of atypical measles syndrome.

That means that, despite these risks, the CDC still highly recommends that you get the live virus vaccine. The old version simply doesn’t provide adequate protection against measles. If you’re worried about an adverse reaction, physicians administering the shot can have you stay in the office and can monitor you. It’s still definitely preferable to catching the measles virus itself and helping it to spread.

If you were born in the grey zone, the first step is to try to locate your health records. Doctor’s offices may not have kept your records for this long, so the CDC recommends you ask your family members about where old records like those may be located. If you really can’t find any records, you can talk to your doctor about getting a titer done. Titers check to see whether you have antibodies against a particular disease. In this case, they’d look to see whether you have sufficiently high levels of antibodies against the measles virus. Should yours be too low, you can get a vaccine on the spot.

The CDC experts note that “there is no harm in getting another dose of MMR vaccine if you may already be immune to measles (or mumps or rubella).” So if digging up medical records or getting a titer sounds like too much work, you can also just go ahead and get a measles shot—especially if you live in an area close to current outbreaks.