Everything you need to know about NASA's plans to touch the sun. 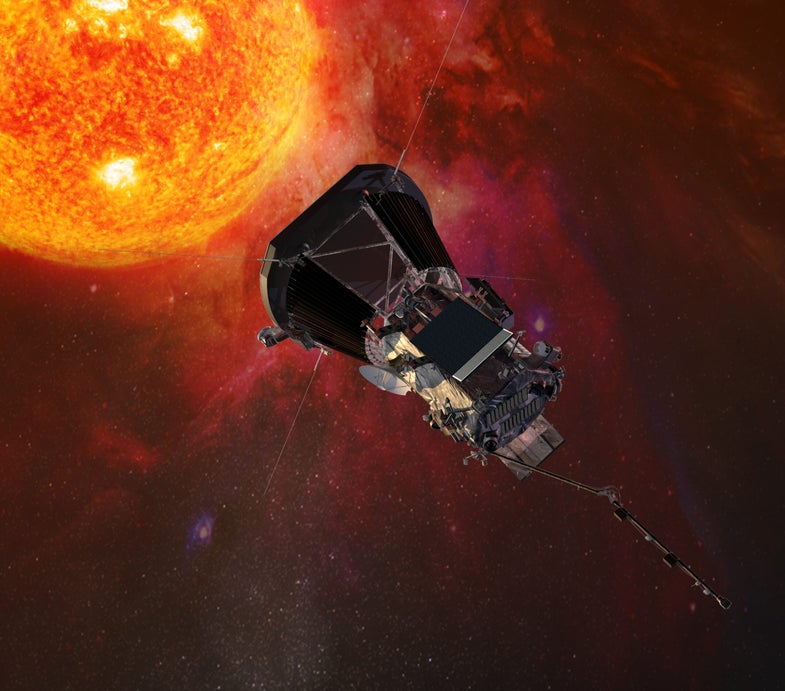 The spacecraft formerly known as the Solar Probe Plus shall henceforth be called the Parker Solar Probe—a nod to Eugene Parker, the first astrophysicist to describe solar wind. NASA announced the name change on Wednesday.

The mission itself isn’t news. NASA’s solar probe is launching in the summer of 2018, and if you know anything about how space exploration works, you know that means it’s been in the works for quite some time. If this is your first time hearing about it, you can check out PopSci’s recent coverage of the mission plan here. The highlights: the probe will travel for almost seven years, zipping along at record-breaking speeds to enter the sun’s corona, or atmosphere, and poke around with a suite of cutting-edge instruments.

The sun’s corona ejects highly-energized plasmas that make up solar wind, and studying the star up close could help us get better at predicting space weather—and better at protecting ourselves from potential damages that might result on Earth.

“This is the first time NASA has named a spacecraft for a living individual,” Thomas Zurbuchen, associate administrator for NASA’s Science Mission Directorate in Washington, said in a statement. “It’s a testament to the importance of his body of work, founding a new field of science that also inspired my own research and many important science questions NASA continues to study and further understand every day. I’m very excited to be personally involved honoring a great man and his unprecedented legacy.”