If People Were Cockroaches, Adapting to Climate Change Would Be Easy

Short lives and frequent mutations give them an evolutionary edge 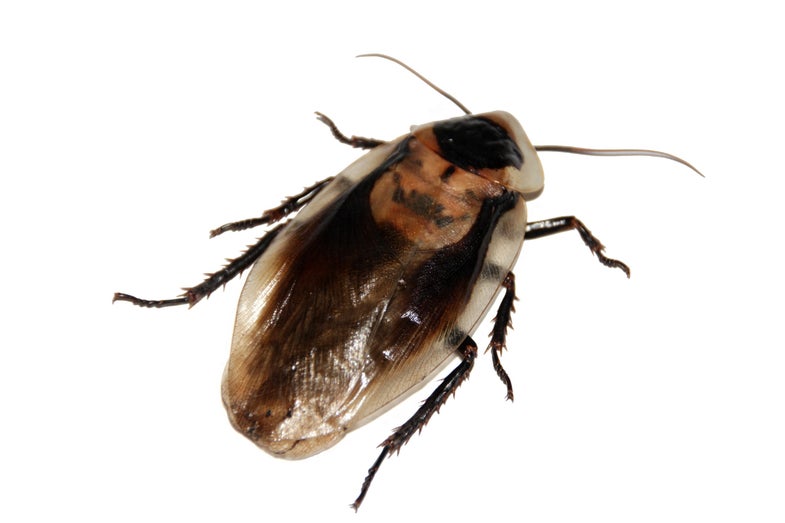 As the planet warms, insects will migrate into new habitats and environments as they adapt. However, the cockroach is already among the most adapted animals on the planet—will it weather climate change unfazed? For some insight into the not-so-humble cockroach and its future, Nexus Media reached out to journalist Richard Schweid, author of The Cockroach Papers: A Compendium of History and Lore. You can read an excerpt from his book here.

Public perception is that cockroaches would survive a nuclear holocaust (though the science on that has been mixed), but are they thriving in a warming planet?

Whether or not cockroaches would survive a nuclear holocaust depends on the level of radiation released, of course. They were reported to have survived the blasts at Hiroshima’s and Nagasaki’s grounds zero. What is certain is that they can survive substantially higher doses of radiation than Homo sapiens. What’s more, if both species face extinction, it’s a pretty sure bet that we’ll disappear before the roaches will, regardless of whether the cause is radiation, climate change, or some other, as of yet unimagined threat to our fragile existence.

Roaches are designed for survival; compared to them we are barely hanging on. So, unless climate change is reversed, we may be heading toward a planet where cockroaches are the dominant species, thriving and multiplying in a world where humans were a blip on the geological timeline and roaches have inherited the earth. They were here before us, and unless we pay closer attention to how we treat our world, they will inherit it.

Your book highlights the tremendous diversity of cockroaches. Has that diversity shifted or changed with the changing planet?

Not that I know about, but bear in mind that more than five thousand species of cockroach have been identified. At least that many are thought to still be unidentified, and only half a dozen or so species ever cross paths with a human being.

The great cockroach taxonomist Lou Roth discovered more than 350 new species in his lifetime. Cockroaches have found a place in virtually every climate and ecological system on the face of the planet, from tropical jungles to the ice and snow of northern Canada. We have no idea what goes on in the 99 percent of the world’s cockroach populations that have nothing whatsoever to do with people.

Probably the effects of climate change will have to be much more drastic before they begin to seriously alter the world’s roaches.

In exploring cockroach evolution, your book reveals that some species have remained relatively unchanged for 3.5 million years, a period that has seen dramatic changes in climate and species diversity. What traits have allowed roaches to adapt to such a dynamic world?

The cockroach is one of evolution’s grand success stories, a wholly admirable design for survival of a species. It can and will eat anything apart, it is said, from cucumbers.

What they will eat and metabolize ranges from book-binding glue to human feces, dead skin and toenails, to rotten anything-at-all. Those that live far from humans are able to eat whatever their world provides—presumably—from rotting trees to dead animals.

What’s more, cockroach species seem to mutate readily in order to protect themselves. A lot of time and money is spent trying to devise ever better ways and weapons to exterminate even the few species we live with in our homes. Each time a substance is developed that does a better job of killing roaches, it does not take many generations of affected insects before the local roach population develops resistance. In a Florida lab, the common German roach took only five years to develop an aversion to a glucose substance that had been used to lure them to poison bait. Cockroaches have evolved a resistance to many classes of insecticides.

Cockroaches are everywhere that people live, and so is cockroach lore. How do tales differ across cultures and geography?

Cockroaches are occasionally viewed as beneficent, particularly in cultures where people are poor and power restricted to a few who maintain themselves in power with a harsh order.

Anthropologist Roger Abrahams wrote of the roach: “…he lives at the margins between the family and the wilds, and can be seen as something of a contaminating anomaly, and thus, like Trickster, the upsetter of order.”

They are admired for their ability to adapt and survive in a few cultures, but mostly they are despised. They have been unwelcome visitors to our homes for thousands of years. An ancient Egyptian prayer asked for protection against cockroaches. Generally, cockroaches have been regarded as the enemies of humans, and better dead than alive. When Tutsis carried out their genocide of the Hutu people, their propagandists took to the airwaves, encouraging Tutsi listeners to kill the “Hutu cockroaches.”

Through the vantage of our relationship with cockroaches, you draw your audiences into seeing humanity at its best and at its worst. How do those insects inform the human experience?

Nothing in the grand scheme is superfluous, and even the few species of cockroaches that humans ever observe perform valuable tasks. They help to clean up our garbage and our waste products. They make our way cleaner. For all their reputation as dirty—and they can carry diseases to humans—they also clean up around them, whether it be forest detritus or a kitchen spill. They have also served generations of biology students in university labs, helping them reach some of their first insights into human neurology. A cockroach is hard-wired with a simple, easily observable nervous system and is a favorite for students to open up and view under a microscope.

Many species are migrating to new locations as ecosystems around the globe shift—is there any evidence that U.S. kitchens will see new species of cockroaches in the coming decades?

Not that I know of, although it’s not hard to imagine that cockroach species occupying a niche somewhere just warm enough to support them will now move into new areas as those places grow warmer. And, cockroaches in very low-lying areas will likely begin to move to higher ground. As climate change displaces cockroaches, some of them may discover the human kitchen, and if so, there is no doubt that with their superior adaptability they will make themselves at home. Shortly, we may begin to find cockroaches in our homes different from any we have seen before. Whether we’ll see evidence of this in our kitchens in the near future is just one more question in a vast number about what consequences the change in climate will produce.