Climate Change Could Wipe Out One Sixth Of Earth’s Species

A new study predicts that many Earth lifeforms risk extinction 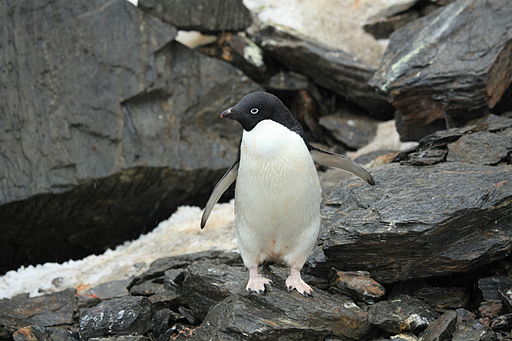 Global warming has already affected our sea levels and permafrost, and now it’s coming after plants and animals. A new study shows that if we current on our current trajectory of global warming, 16 percent of species will be in danger of extinction.

Possible reasons for increased risk in certain regions are the number of endemic species within a small range, and, for Australia and New Zealand, small land masses that restrict species from moving to more suitable climates. Regions that haven’t been studied as thoroughly might also face greater risks; for example, there were only four studies in Asia.

Since the studies available varied so widely in their predictions, Urban says he did his study to come up with a more global picture of extinction risks from climate change. He believes his meta-analysis takes into account uncertainties and provides “an overall mean” of the studies. “Depending on which study you look at, you can come away with a rosy or gloomy view of climate change extinctions,” he says. “That’s because each study focuses on different species, regions of the world, and makes different assumptions about climate change and species’ biologies.”

Though the studies Urban analyzed were diverse, they didn’t give the complete picture: many lacked information on factors like species interactions, dispersal differences, and evolution. These factors could significantly affect a species’ extinction risk. Urban says his study is a summary of the current information available, and he hopes his work inspires biologists to incorporate these processes into future models.

According to the Center for Biological Diversity, we’re right now in the midst of the worst species die-offs since the dinosaurs went extinct 65 million years ago, with 1,000 to 10,000 times the regular extinction rate. And last year, National Geographic reported that one species may have already gone extinct because of global warming: the golden toad.

To stop the current trajectory of climate change and protect the at-risk species, Urban says, we need to do three things. First, plan out how we can limit future warming. Second, develop more exact predictive models of species’ responses to climate change and pinpoint which species are most in danger. Third, take conservation measures to protect the species with the highest risk of extinction.

All of this sounds pretty doable, considering the extreme measures others have taken–like living in an orange ball atop a melting iceberg for a year.