Pets can donate blood too

Most owners are unaware their furry friends can save other pets' lives. 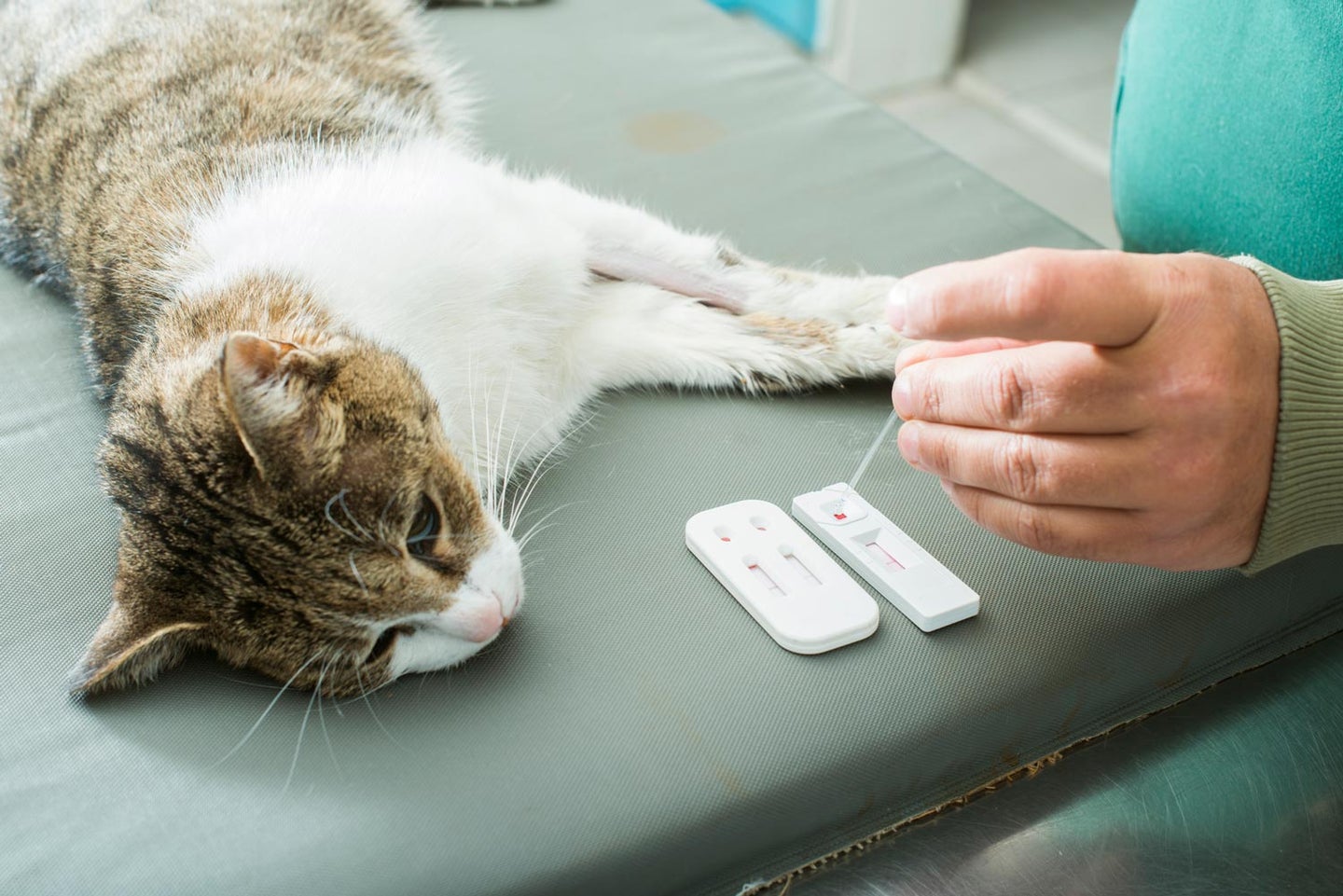 Many people are willing to roll up their sleeves and give blood (even those who aren’t permitted to). But fewer realize that their pets might be eligible to do the same.

Sick or injured animals can sometimes need blood transfusions just like sick or injured humans do, and demand is on the rise. But awareness of animal blood donation isn’t high. A new study published in the journal Vet Record looks at owner awareness of pet blood donation and whether or not owners would be willing to have their animal companion contribute. Although the sample size for the study wasn’t huge, the results point to a broader dynamic in pet blood donation in the UK and US: most people just don’t know about it.

Two researchers from the Royal Veterinary College’s small animal hospital, which has its own blood bank, surveyed 158 pet owners at a regular veterinary clinic to suss out their awareness and ask if they would consider signing their animal companion up. Although they acknowledge that the sample isn’t comprehensive, their results offer a snapshot into a question that hasn’t been studied before, says study author Karen Humm.

There have been a few studies of why people bring their pets in to donate, she says, but “there wasn’t really anything about why the general public… didn’t bring their animal in,” she says. The results of their study indicate that awareness has a lot to do with it, at least for the group they studied: although 70 percent of owners were unaware that a cat or dog could donate blood, 89 percent of those surveyed said “they would be willing to let their pet donate blood if they were suitable,” the study reads.

“Cat owners were more worried about bringing their pets in [to donate] than dog owners,” Humm says. In general, that makes sense, she says, because the two species respond really differently to rewards-based activities. A dog owner is more likely to imagine their pet being satisfied with a post-donation treat than a cat owner (who may only imagine lots of hissing and scratching). But having a wide variety of cat blood ready to go is very important. Cats and dogs, just like humans, have blood types. And like humans, cats have a deadly reaction if they receive the wrong type of blood. Dogs are able to receive more types of blood different from their own and not have a reaction, so they have a broader potential pool to receive from.

But it’s also down to the individual animals: While some dogs like all the treats and affection they receive for donating and don’t seem scared or bothered by the procedure, other dogs are frightened. Humm’s institution disqualifies those animals from donating. “Obviously the dog or cat doesn’t say, ‘I want to come in,’” she says, so vets have to assess whether the animal is comfortable. If not, “we just don’t recruit them,” she says, “because it just doesn’t seem fair.”

The same holds true at the UC Davis Animal Blood Bank, says Sean Owens, medical director. If the animal seems fearful or hesitant at any point in preliminary testing, they won’t proceed. “We look at the program in much the same way as service dogs or rescue dogs,” he says—in other words, if the pet isn’t actively engaged in the process of doing the task, and content doing it, they’re not a good fit.

Owners who said they’d be willing to have their pet donate (which would make them “donor-owners” in Hamm’s parlance) were found to have different motivations. The most common was a desire to help others and save pet lives, while some donors also said that they understood the “necessity of service” and some said they hoped someone would donate for their pet should a need arise.

Owens says the UK study matches up with what he knows anecdotally about how much most people know about animal blood banks—very little. But the United States is also home to a number of them. Some are served by closed colonies of animals who live at the bank and regularly donate blood, while most are served by donor pets, says Owens, who is not alone in describing the closed-colony model as “inhumane.”

Nobody is paid for their dog’s blood, but Owens says most banks offer something like a reduced rate on treatments or flea and tick medication. As many of the donor-owners are retired or on an otherwise fixed income, “it allows them to have a better quality of care for their dog,” he says.

The issue of animal blood donation remains fraught, leading some animal rights advocates to say the word “donor” isn’t an accurate reflection of the degree to which a blood-giving pet can give informed consent. But it’s also true that demand for animal blood remains high, just as with human blood, and the supply often falls short. Seeking tacit consent may be the best that vets can do.