Yes. Many pet owners have seen their sleeping dog or cat twitch or paw the air, as if dreaming of... 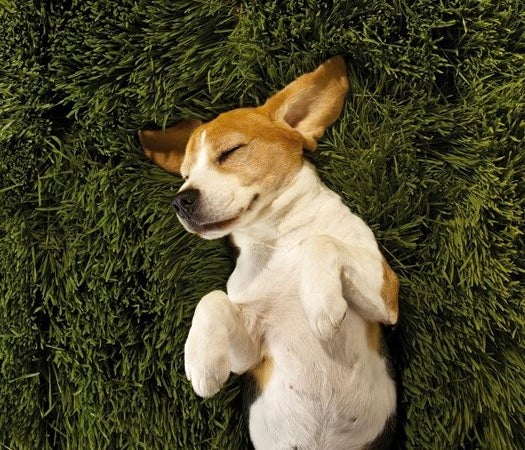 Yes. Many pet owners have seen their sleeping dog or cat twitch or paw the air, as if dreaming of bones to bury or mice to chase. Stanley Coren, a psychology professor at the University of British Columbia and author of the book The Intelligence of Dogs, says that canines go through the same sleep stages as we do, only faster.

After about 20 minutes, a dog enters REM sleep, the stage in which most vivid dreams occur. Big dogs dream longer, Coren says, and little dogs dream quickly and frequently. He doesn’t know why, and neither does anyone else. Insects and fish don’t experience REM sleep, but some birds and all mammals do. Reptiles might also experience REM, and some scientists argue that our mammalian dreaming might be a holdover from our reptilian brains.

The purpose of dreaming remains a mystery, but infants (of all species) dream more often. This is probably because the sensory stimulation helps form new neural connections. In adults, the best working theory is that dreams stimulate the regions of the brain associated with memory. Finches replay the melody of their birdsong in their dreams, and lab rats retrace the mazes they have run.