Most future human diseases will come from animals, and our pets could be one source of those illnesses. 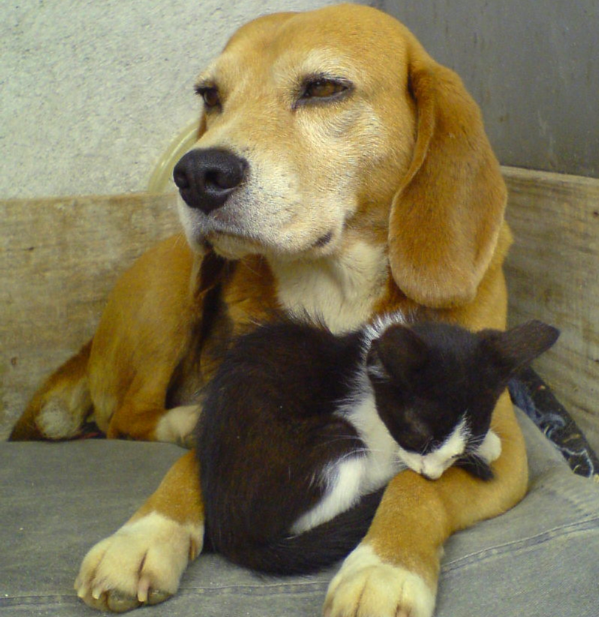 The next pandemics will come from animals, in all likelihood, as zoonotic diseases jump into the human population. Global health authorities keep tabs on sick livestock and sick people for that reason. But nobody keeps tabs on your dog or cat–and an international group of veterinarians wants to change that.

The World Small Animal Veterinary Association (WSAVA) has something called the One Health Committee, which promotes the closer integration of human and animal healthcare. The committee recommends a new global monitoring network involving vets who work with small companion animals–your pets, not livestock. It would work by creating a computer database that any vet could access, managed by some sort of international consortium. If you bring your pet to the vet and it’s diagnosed with, say, flu, then the vet could log in to this database and report it, and global health agencies like the Centers for Disease Control, the World Health Organization and others would be notified. Agencies could get real-time data overlaid on maps, and they could prepare vaccinations or response tactics based on potential outbreak sites.

A system like this could serve as an early-warning system for the millions of four-legged pets living with us. There are 72 million dogs in the U.S., living in 37 percent of American households, according to the study. Americans have 81 million cats living in 32 percent of households. (More people like dogs!)

Dogs and cats can give us rabies and leishmaniasis, and we can give them staph infections and flu viruses. But future diseases could be much worse, the authors write: “Small companion animals might play a major role in potential zoonoses of the future, either by acting as a reservoir or as an intermediate host.”

Michael Day, professor of Veterinary Pathology at the University of Bristol in the UK, noted that the WHO and other organizations already monitor livestock health.

“The benefits of pet ownership on human health, well-being and development are unquestionable, but as dogs and cats have moved from the barn, to the house, to the bedroom, the potential for disease spread to humans increases,” Day said in a statement.

Obviously, it would not be simple to do something like this–the paper says it would be a “major political, financial and scientific challenge.” The study is published online in Emerging Infectious Diseases.