Scientists in the UK injected dogs with cells grown from the lining of their noses, which continually regenerates. 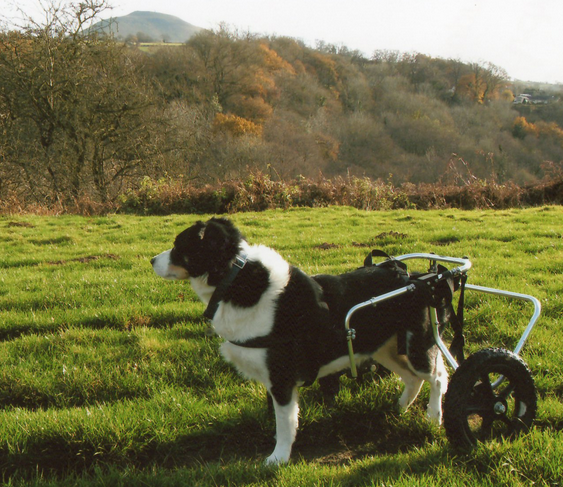 For the past few years, scientists at Cambridge University have been working with dogs who were paralyzed in accidents to test therapies and new cell treatments that reverse the damage. A new study shows that their methods can work, restoring dogs’ ability to walk by using cells grown from the lining of the animals’ noses. In the study, 23 dogs with transplanted cells were able to walk again.

These are called olfactory ensheathing cells, and they surround olfactory neurons that allow us to smell. These are the only part of the body where nerve cells continually regenerate in adults, and as such they’ve long been a promising target for scientists studying nerve injuries–especially spinal cord injuries, as the BBC points out. This is the first study to use them in animals with real-life injuries, rather than animal models of paralysis.

The trial involved 34 pet dogs, 23 of which received the treatment and 11 of which didn’t, serving as controls. The 23 dogs in the study had olfactory ensheathing cells removed from their inner noses, and the cells were multiplied and refined in a lab. Then the animals had them injected into the sites of their injuries. Many of the dogs that received the transplant saw improvement in their ability to walk, the BBC reports. None in the control group regained the use of their hind legs.

In this video, Jasper the dachshund can’t use his hind legs at the start of the trial. After the injection, he can walk with all four legs and has a huge smile on his face.

Jasper’s owner, May Hay, said before the trial, Jasper was unable to walk at all.

“When we took him out we used a sling for his back legs so that he could exercise the front ones. It was heartbreaking. But now we can’t stop him whizzing ’round the house, and he can even keep up with the two other dogs we own,” she said in a statement. “It’s utterly magic.”

Many of the dogs in the study were dachshunds, which are particularly prone to spinal cord injuries, because of their body shape.

The researchers say the therapy worked by forging new connections among nerve fibers in the damaged regions of the dogs’ spinal cords. This enabled the dogs’ motor cortices to communicate with the nerves in their legs, allowing them to move their hind limbs again. Some of the dogs in the study have been using wheelchairs or other mechanisms to move around, but were able to re-learn how to coordinate their front and back legs.

Robin Franklin, a regeneration biologist at the Wellcome Trust MRC Stem Cell Institute and study co-author, said humans should not get too excited yet, however. “We’re confident that the technique might be able to restore at least a small amount of movement in human patients with spinal cord injuries, but that’s a long way from saying they might be able to regain all lost function,” he said in a statement. “It’s more likely that this procedure might one day be used as part of a combination of treatments, alongside drug and physical therapies.”

[University of Cambridge via BBC]