We have to act now if we want to save lives in the future. 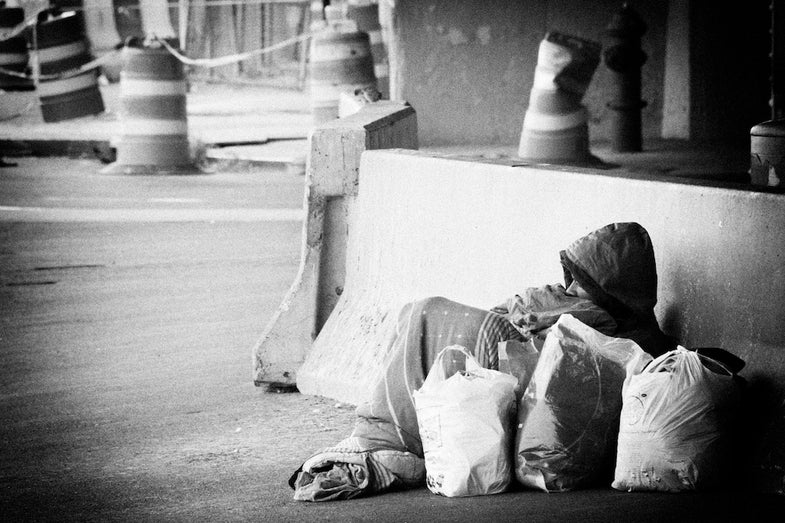 Some outbreaks come from papayas. Others originate with puppies. The most worrisome happen because parents don’t vaccinate their children against easily preventable infections. But California’s hepatitis A outbreak isn’t like any of these—it’s spreading almost exclusively amongst homeless and drug abusing populations.

Over 580 people have contracted the disease, with 18 fatal cases as of October 13th. The governor of California has declared a state of emergency, and the Emergency Medical Services Authority is increasing the scope of their vaccination practice. But while those efforts are likely to stem the flow of new hepatitis A cases, they come 18 deaths too late. We may never be able to prevent every case, but we can still do far better.

What is hepatitis A?

First, a few basics. Hepatitis A is a virus that infects the liver and causes diarrhea, nausea, fever, loss of appetite, and fatigue. It can be fatal, and although most people make a full recovery, some end up with lifelong debilitations. There’s a whole family of hepatitis viruses, since “hepatitis” just means “inflammation of the liver.” The B and C forms are the most common and can become chronic, whereas type A is short-lived. Hepatitis A can pass through close physical contact with an infected person, including sexual contact, but the most common transmission route is fecal-to-oral.

Diseases that pass through the feces generally end up in mouths because of poor basic hygiene. Impoverished areas may have chronic, widespread hygiene issues, but it can also spread in developed countries if an infected person fails to wash their hands properly before handling food. In 2003, a 555-person outbreak in Monaca, Pennsylvania was traced back to contaminated green onions at a single restaurant. The onions in question were infected at the farm where they were packaged, in Mexico.

California’s latest outbreak is spreading person-to-person, likely aided by a lack of sanitation and a surplus of close personal contact among homeless populations and drug users.

Drug users are at the highest risk for hep A, but have the lowest immunization rates

It’s not surprising that drug users tend to have the lowest rates of immunization for hepatitis A. The vaccine only became available in 1995, and although the CDC now recommends that all children get immunized, most adults today are old enough to have missed that first wave of innoculations. And since hep A isn’t very common, doctors generally don’t push grown-up patients to get vaccinated.

The problem is that the highest risk groups also have the least access to health care. Drug users generally don’t voluntarily show up at free clinics to get vaccines. They’re what researchers call “hidden populations”—groups that don’t want to be found or contacted. It’s difficult to study these people, so we’re stuck with vague estimates of how many of them may or may not be sick, based on the ones who do manage to find help.

What we do know is that drug users and homeless people are the least likely to get vaccinated, and also some of the most likely to get infected. Sharing needles can spread the virus, and so can living with poor sanitation. These at-risk individuals should all be getting vaccinated before an outbreak starts. And that means we need to invest in prevention now.

It’s fairly easy to immunize kids as they start to enter school. It’s a lot harder to track down homeless populations who are more likely to distrust health care workers, and probably won’t show up to a clinic of their own accord. But that doesn’t mean that they’re impossible to reach.

The health of homeless and drug abusing individuals has historically been massively under-studied, but the few studies that have tried to vaccinate large groups have been quite successful. And there are fairly basic principles that can help more people get immunized. Clinics can offer the shot right away, even if it’s unclear whether patients have already been vaccinated, since there’s no risk of getting too many shots and you need two doses anyway. Small monetary incentives can successfully motivate patients to return for a follow-up visit if the vaccine can’t be given immediately. The most effective prevention measure of all seems to be vaccinating everyone who comes into a clinic to get treatment for drug addiction.

If they’re implemented now, these solutions could save lives. But if we choose to ignore preventative care, we’ll end up with more outbreaks.

San Diego is now training paramedics to give hepatitis A shots, though only under a nurse’s supervision, which will help broaden the effort’s reach. A handful of studies show that mass vaccination during an outbreak works to stop the spread. But repairing flood damage after a catastrophe wouldn’t be considered a solid plan for preventing future floods, and this triage isn’t a long term solution.

In a few decades, we may see a major drop in hepatitis A outbreaks

In the midst of this public health crisis, the one bright light is that we may already be taking action to avoid future outbreaks. Children today get vaccinated against hepatitis A between their first and second birthdays, and with high enough compliance we could eventually have an adult population that’s mostly immune. But it takes work to prevent future illness, and it’s on us to do so. It’s crucial that parents get their children all of the recommended shots. When those kids grow up, it could become a matter of life and death.