Understanding its structure is the key to fighting it 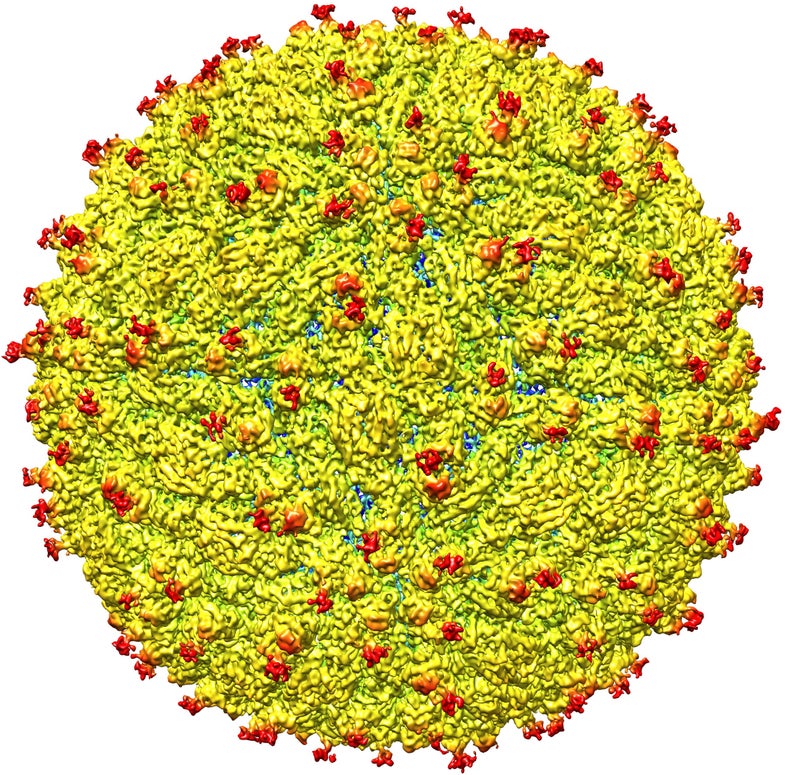 To combat the outbreak of Zika in Brazil and around the world, scientists around the world are working to better understand the virus. Now a team of researchers have determined the exact structure of the virus. With it, the researchers think it will help them better understand exactly how the virus gets transmitted and once it does how it causes disease. Their work was published today in Science.

The researchers used a technique called cryo-electron microscopy, in which the virus is first frozen at extremely cold temperatures and then imaged. Biological samples, like viruses, need to be placed in a solvent like a water/salt solution to stabilize them. But before they are hit with an electron beam, they need to be completely dry. This is either done by blotting them dry and then dyeing, which can distort the shape and damage the virus, or by freezing. With cryo-electron microscopy, the researchers can visualize the cellular and protein structures up close without risking damage to them. 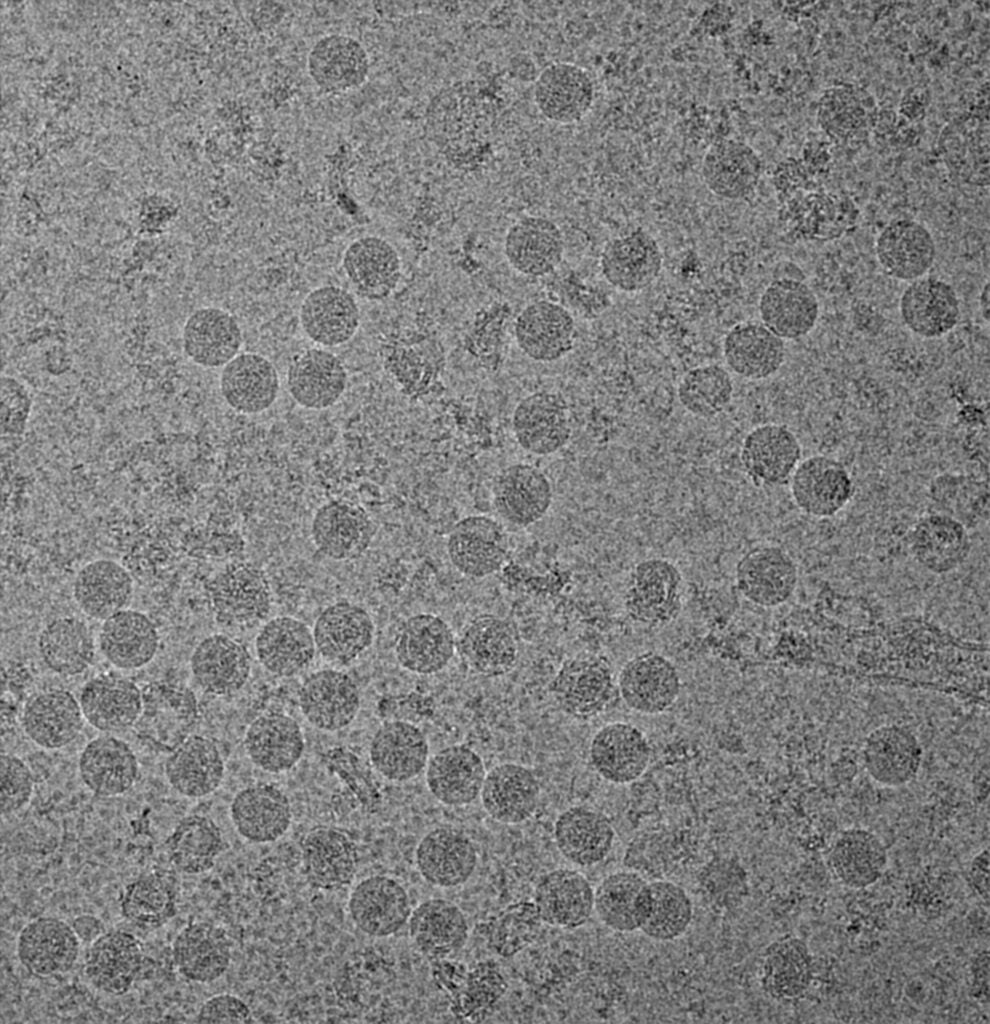 An image of the Zika virus using cryo-electron microscopy, in which the virus is first frozen then imaged. The dots are individual proteins.

It turns out the Zika virus is very similar to its relatives in the flavivirus family, including dengue, whose structure has been well studied. But a group of proteins that sit on the surface of the virus, known as envelope E glycoproteins, are distinctively different.

These proteins are involved in how the virus enters cells in the infected body. They could potentially explain how the Zika virus is able to attack nerve cells, and why it’s causing neurological syndromes like Guillain–Barré, and developmental conditions like microcephaly, in which a baby is born with an abnormally small head.

Understanding how the viruses are related could potentially help to create a vaccine to stop all flaviviruses, but that is still far off. “It would be great to create an antiviral that treats them all, but we are at the stage right now that we want to know what makes Zika different,” says Richard Kuhn, a co-author of the paper and director of an immunology and infectious institute at Purdue University.

The micro-images, Kuhn says, let us begin to understand what happens on the molecular level when the Zika virus attacks the body. Knowing the structure of the E glycoproteins could allow researchers to develop drugs that target those specific proteins and prevent Zika infection. Additionally, Zika can often be hard to diagnose. It’s usually diagnosed using virus-specific antibodies, but because it’s so similar to dengue, distinguishing between the two is difficult. Understanding the differences between the glycoproteins in Zika and those in dengue could help researchers create a diagnostic test to uniquely identify Zika.