The new technique offers a less permanent way to edit the genome. 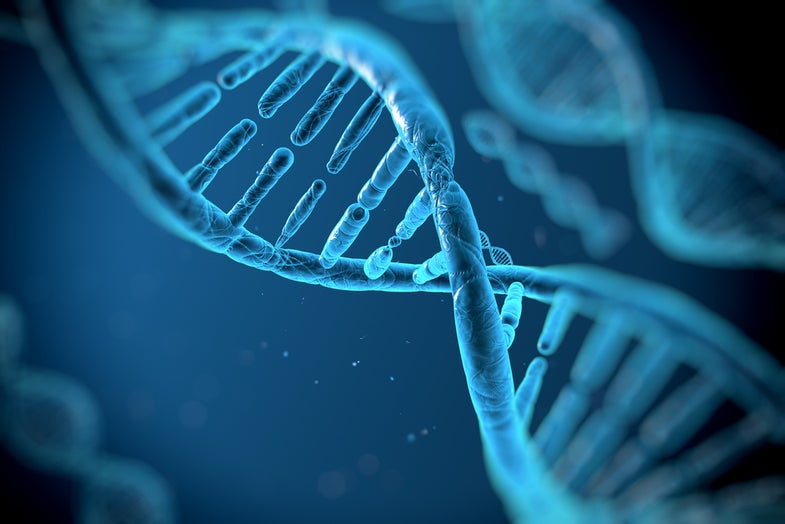 Hacking the human body is all the rage these days. A few years back, scientists made waves by developing a technique (dubbed CRISPR) that literally cuts DNA at specific locations to edit out the genes that lead to disease. The implications for this are as enormous as they are diverse. However, the approach is far from perfect. And you’d really rather not have any errors when messing with something as permanent as the human genome.

So researchers have been working on a way to make gene editing safer. One approach, described this week in the journal Science, works by editing the far less permanent component of gene creation, RNA. Scientists think that this new tool could be safer than slicing and dicing DNA itself.

A quick refresher on CRISPR and gene editing

CRISPR stands for clustered regularly interspaced short palindromic repeats. They are small pieces of bacterial DNA that contain genetic information identical to that found in viruses. Along with enzymes called Cas, they are part of many microbial immune systems. When viruses attempt to invade, the bacteria recognize them (from CRISPR copy cats) and cut them with the Cas enzymes, preventing them from reproducing any further.

A few years back, scientists at the Broad Institute at MIT and Harvard figured out a way to employ the CRISPR/Cas technique to edit DNA in the human genome. But it wasn’t without its imperfections. They found that the Cas enzymes would often cut pieces of DNA that resembled the intended target—what researchers call off-target effects. Or, the system would repair some but not all the faulty DNA—that’s called mosaicism.

Scientists are still working to fix these issues, but if something is meant to repair DNA—which is permanent, and provides the instruction manuals for each of our cells—it needs to be foolproof.

What is RNA and how is editing it different?

Enter RNA. While DNA contains encoded information about who we are—like our hair type, eye color, and height—RNA is essentially DNA’s messenger. DNA controls these traits by dictating which proteins will be produced by our cells, as well as when and where. But it’s the complementary RNA molecules that actually carry those instructions out. Our bodies create new RNA all the time. So, if there were to be any off-target effects or other hiccups, you wouldn’t expect them to be so permanent.

In the paper out this week, researchers used a variation of CRISPR to edit RNA. The process that lead researcher Feng Zhang and his coauthors are calling REPAIR uses an enzyme and another specific protein. The enzyme, Cas13, finds and latches onto the targeted RNA area, and the protein, ADAR2, hops in and corrects the faulty protein sequence. Unlike CRISPR, the technique doesn’t cut anything. Instead, Cas13, simply makes more space where it’s needed, and the ADAR2 repairs the area. It does this by switching individual RNA letters, an adenosine to a guanosine.

Diseases that are affected by these single base changes are actually pretty common: Parkinson’s disease, one type of epilepsy, and Duchenne muscular dystrophy all result from A/G mutations. Theoretically, REPAIR has the ability to fix these conditions.

When the researchers tested out their technique on human cells in the lab, the REPAIR mechanism corrected sequences that typically lead to Fanconi anemia, a type of inherited bone marrow disease. While the DNA itself still carried instructions that would lead to faulty traits, the REPAIR mechanism was able to make properly coded RNA—in significant amounts, the researchers say, to effectively cure the disease. Of course, more research is still needed.

There are some downsides to editing RNA, however. Because the body is constantly creating and recycling RNA, any errors in the corrected sequences would eventually go away. That’s the good news. But that also means that any therapies that worked by editing the messenger would need to be given on an ongoing basis, since eventually even the properly corrected RNA would be gone. In theory, this would make sense for some conditions, but not all. The researchers’ next goal is to employ the technique on specific tissue cells, followed by animal models. It will likely be a number of years before any human clinical trials.

Despite CRISPR’s potential to treat disease, it also carries with it some serious potential flaws. What this new paper shows is that there are already viable options for making gene editing safer. And REPAIR surely won’t be the last work-around of its kind.