Time for a course correction. 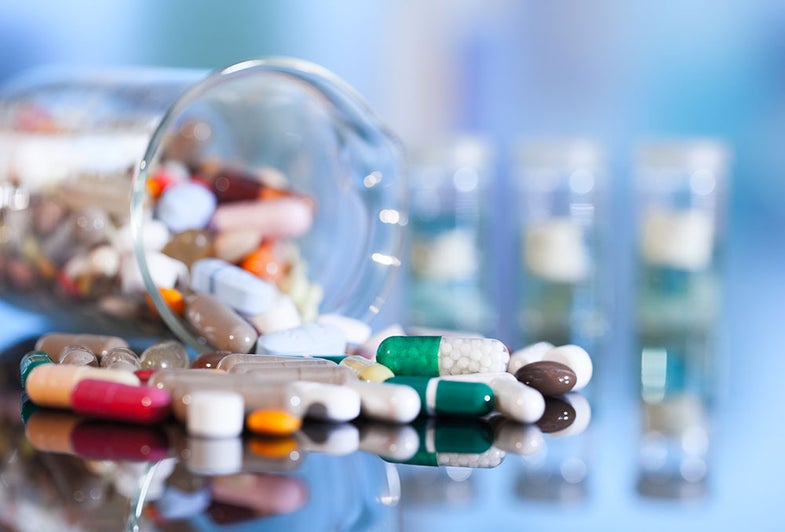 There are three things that most science lovers know about antibiotics. First, there’s the fact that Alexander Fleming discovered them when he noticed that mold had killed the bacteria he’d been growing in a Petri dish. Second, there’s the fact that antibiotics kill bacteria, but not viruses—which is why they can tackle some of the most lethal infections but are ineffective against the common cold. And it’s widely known that to avoid antibiotic resistance, which happens when bacteria become immune to an antibiotic, we have to finish the entire prescribed course—even if we’re feeling better. But a new analysis published in The BMJ says that last piece of trivia isn’t necessarily true. When it comes to antibiotics, longer isn’t necessarily better.

“There’s been a strong teaching, both among doctors and among lay people, that if you don’t finish your course of antibiotics that will allow resistance to emerge. That is a teaching that is pretty firmly affixed in many people’s minds,” says study author Tim Peto, professor of infectious diseases at Oxford Biomedical Research Center.

Peto and his colleagues, a team of 10 researchers from across the United Kingdom, traced the origins of the idea to Andrew Fleming’s 1945 Nobel Prize acceptance speech.

According to their digging, Fleming’s acceptance speech included an anecdote—one that may or may not have been true—about a woman who died tragically, struck down by a resistant bug caught after her husband failed to take his antibiotics properly. “That was a little sketch he wrote,” Peto says. “Because it implied that not finishing your course led to antibiotic resistance, we think—we don’t know—that’s how it got embedded in our thinking.”

It makes a certain amount of sense: if bacteria are exposed to an antibiotic by way of your treatment, but not subjected to so much of the drug that they all die out, you could presumably be sowing the seeds of resistance among survivors. But it turns out that over 70 years after Flemming’s warning, there still isn’t much scientific evidence to suggest that finishing a full course of antibiotics does anything to keep the treatments effective. In fact, the authors posit, taking antibiotics once symptoms have subsided may actually make antibiotic resistance more likely, not less, because you’re essentially exposing more bacteria (like the ones that reside in your gut) to antibiotics the longer you consume them.

“The underlying assumption that antibiotic resistance is driven by antibiotic use,” says Peto. “Bacteria that are exposed to antibiotics tend to get resistant. The more antibiotics the world sees, the more resistance will be developed.”

But with a few exceptions, we don’t actually know how many days a person should take a given antibiotic for a given sickness. Should a throat infection get five days of penicillin? Ten days? Fourteen?

This is a problem that dates back to the early days of antibiotics.

“When Howard Florey’s team treated Albert Alexander’s staphylococcal sepsis with penicillin in 1941,” write the analysis authors, “they eked out all of the penicillin they had (around 4g, less than one day’s worth with modern dosing) over four days by repeatedly recovering the drug from his urine. When the drug ran out, the clinical improvement they had noted reversed and he subsequently succumbed to his infection.”

But what Florey’s team didn’t know then—and what we know now—is that the specific kind of infection that Alexander had, a staph infection with ulcers, actually requires weeks of antibiotic treatment. But as a result of experiences like this one, doctors defaulted to over-treating illness rather than risk cutting a patient’s course of antibiotics short.

But those default treatments slipped unchecked into modern times, and little analysis was done to see if the doses actually fit the illness. Peto and his colleagues argue, for example, that the recommended course for β-lactams—the most common class of antibiotics, which includes penicillin—is 10 to 14 days only because there have been few clinical trials to see what happens when you take the medication for a shorter period.

“There is a lack of evidence to support the optimal approach to deciding the duration of therapy for a lot of different types of infections,” says Dr. Lauri Hicks, the director of the Office of Antibiotic Stewardship at the Centers for Disease Control and Prevention, who was not a part of this analysis.

So…should I stop taking my antibiotics?

It may be time to separate the idea of combatting antibiotic resistance with the question of whether or not a strep throat should lead to five days of medication or 15. But this does not mean that we should just stop taking antibiotics as soon as we start to feel better. It might not trigger antibiotic resistance, but depending on what you’ve got, stopping treatment too early might just kill you.

“For some conditions and some infections, it may be perfectly reasonable to take your antibiotic until you feel better, let your medical practitioner know how you’re doing, and together you’ll reassess,” says Hicks. “If everything is going well, it may be appropriate to stop. But there are some infections that are much more serious. For example, there’s a staph infection that gets into your blood stream, and if that’s not adequately treated that can be life threatening. That often requires several weeks of antibiotic therapy. We don’t want people to stop antibiotic therapy and in doing so endanger their lives. We want to make sure that if they are going to stop antibiotic therapy early, that it’s safe to do so.”

Hopefully, better guidelines on treatment—which can only come with more research—will help keep antibiotics out of the environment. Skipping the last couple days of your prescription might not contribute to antibiotic resistance, but using antibiotics all willy nilly certainly does. And taking unnecessary doses can also harm our health by killing the healthy bacteria that live in and on our bodies.

It isn’t that we should never use antibiotics (a dose of doxycycline is generally preferable to death) but we should recognize their power, and their downsides—whether we’re talking about how long we should take them for, or if we really need to use them for a given infection. That’s going to require a huge shift in how we think about antibiotics.

“What we really want doctors and other healthcare providers like nurse practitioners and physicians’ assistants to be thinking about when they’re prescribing, is what are the risks and benefits to this individual patient,” says Hicks. “We want to find that sweet spot where we’re maximizing the benefit to the patient when we’re giving them antibiotic treatment, while minimizing the consequences or the downsides of giving an antibiotic. I suspect that sweet spot is a little bit different for everyone.”