The first CRISPR-edited embryos have been produced in the U.S. 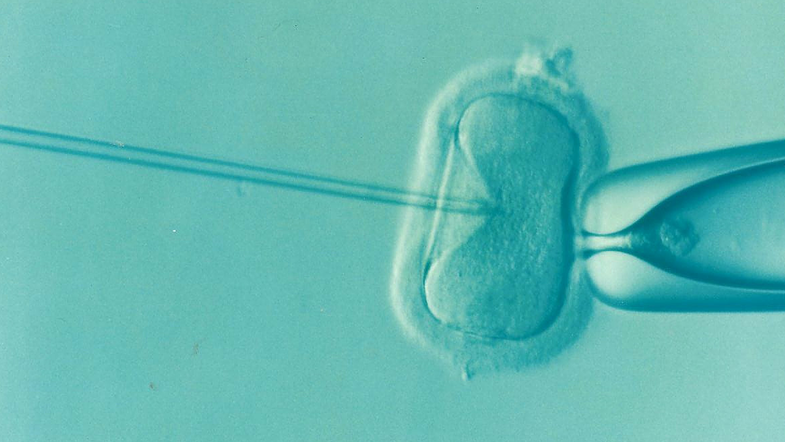 In a U.S. first, a team of biologists has edited a human embryo’s DNA. The technique has been used before by scientists in China, but never in the United States, where the ethical debate over editing embryos rages on with no consensus in sight. And according to the U.S. team, their trial has achieved an unprecedented level of success.

There’s not much information on exactly what was edited, because there is not yet a published paper to accompany the research. MIT Technology Review first reported on Wednesday that Shoukhrat Mitalipov, a biologist at Oregon Health and Science University, had used CRISPR to remove genes from an early stage embryo. More importantly, they reported that the rate of mosaicism in these embryos was lower than in previous attempts.

Mosaicism happens when you use CRISPR on an embryo that already has multiple cells. CRISPR can hunt down specific genes and snip them out, but with multiple cells—each with its own copy of the genetic code—there’s no guarantee that the targeted gene will be edited out everywhere. Even if it works in nine out of 10 cells, that one unedited cell will go on to produce millions of other cells. In many cases, those errant genes could do enough damage to render the treatment ineffective. Mitalipov’s team reportedly avoided that problem by performing CRISPR on a fertilized egg just after sperm made contact, such that there was only one cell to edit.

Does this mean we’re getting designer babies?

Though there’s been concern that people would use CRISPR to make so-called designer babies, the most useful genes to edit would be those for serious genetic diseases. Some of these are so serious that the baby either cannot survive to term or will die shortly after birth. Others are debilitating, chronic conditions. The ability to change a mutation and prevent a baby from such suffering would be invaluable to some parents, even though the idea might make others uneasy.

There’s also concern that because CRISPR effectively edits every cell in a future baby, including sex cells, that it involves what’s called “germline editing.” It’s not just changing one child’s genes, but also changing everyone in that child’s future lineage. Do you have the right to change a whole branch of a family tree? And if there’s some downside scientists can’t predict—something that could be passed down to offspring and their offspring—is it ethical to put that out into the gene pool?

The degree to which we should be allowed to edit a human being is another moral quagmire. The National Academies of Science and Medicine have already said that CRISPR editing shouldn’t be used for enhancements like super-intelligence (even if we knew how to do that in the first place, which we do not), and that it should be reserved for serious diseases or disabilities. That’s still pretty vague, though, and at some point someone will need to draw a line. Is it just fatal diseases that are okay to avoid? What about survivable, but lifelong disorders? What about physical disabilities? These are difficult questions to face, but to some degree parents already face them.

Couples who know they’re carriers for genetic diseases can go through in vitro fertilization, choosing to only implant embryos which have tested negative for the mutation. The choice is not quite as direct—no one is tweaking any genes—but in effect, those parents are choosing to perpetuate one germline and let the rest die out. For those couples, the idea of having a child with a severe disorder is too much to bear, and if it can be avoided they’d like to do so. It’s certainly not an easy choice, but it’s one that plenty of people are grateful to be able to make. Couples who otherwise wouldn’t want to have kids for fear of passing on a potentially devastating disease can now control their offspring’s health—to some degree. But some parents of children with genetic conditions have spoken out to say they find the idea that they would want to have avoided having a child like theirs offensive. The act of choosing not to have a baby with a disorder or disability seems to imply that a person with those conditions is somehow lesser or undesirable. As a society, we already have trouble treating people with disabilities with the same respect as able-bodied people. If we can choose not to have kids with those conditions in the future , what does that say about what we think of disability?

These are questions that scientists and lawmakers need to start asking in earnest, but they’ve still got time to mull it all over: Mitalipov’s team didn’t allow any of the embryos to develop for more than a few days, so there won’t be an edited baby born in the U.S. in the next nine months. Congress actually prohibits it. The Department of Health and Human Services’ funding bill contains language that specifically prevents them from approving clinical trials that would allow an edited embryo to develop into a baby.

But that’s not to say that scientists elsewhere won’t try. The United Kingdom has a similar ban, but plenty of other countries don’t have such laws. Scientific advances aren’t limited by international borders, so we could very well see a genetically edited baby in the near future.

When the scientific paper on these experiments goes public, we’ll know more about exactly how successful Mitalipov’s lab was in editing (and what they were editing in the first place). The National Academies of Science and Medicine have already said that though there would need to be stringent oversight, edited human embryos hold promise for the prevention of the many serious genetic diseases for which there are no treatments. There will certainly be an ongoing debate, but it will be increasingly rushed as other countries push ahead.