This flu season has killed 53 kids so far. Here’s what worried parents should do.

Most of those children never got vaccinated. 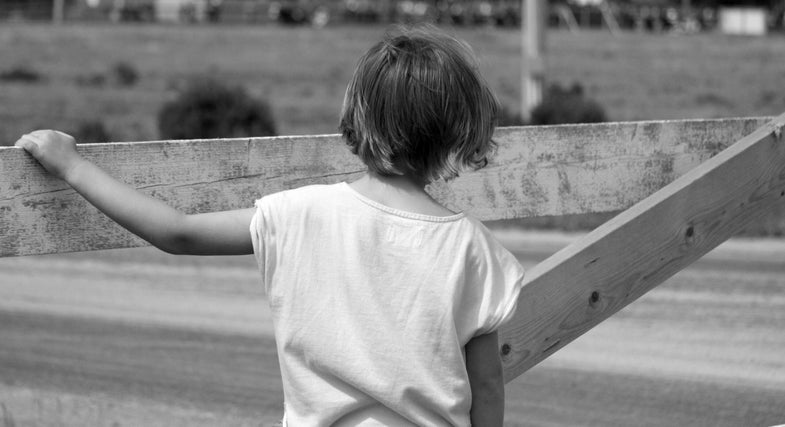 This flu season has been scary. The virus hit most of the U.S. simultaneously, and the severe H3N2 strain has put many in the hospital. And while we don’t know yet whether flu-related deaths are actually more common this year than average, we do know that 80 percent of the children who have died thus far weren’t vaccinated.

Every year, only about 60 percent of kids under 18 get the flu shot, not including those under six months of age who are too young to get the vaccine. That’s actually better than adults, who average around 40 percent coverage, but many parents clearly don’t feel the shot is a priority. No one wants their kid to die from the flu. So what’s a scared caregiver to do?

How do I know when to take my child to the hospital?

It can be easy to confuse the flu with other, milder infections, but there are a few signs to look out for. “In general, worrisome signs are a very high persistent fever, difficulty breathing or shortness of breath, rapid heart beat or shallow rapid breathing, or significant tiredness or confusion,” explains Anne Schuchat, Acting Director of the Centers for Disease Control. “In young children those kind of symptoms are going to be difficult to assess, so we really do think a call to the pediatrician or nurse hotline is very important.”

Yes, there is an actual CDC hotline that you can contact to get information about things like the flu: just call 800-CDC-INFO. Otherwise you can call your pediatrician.

Schuchat also stresses that there’s one other sign that’s less well-known: starting to get better, then suddenly seeming much worse. “That can indicate that you have one of those secondary bacterial pneumonias,” Schuchat says, “You really want to seek attention if that’s happening.”

A secondary bacterial pneumonia is when a patient’s viral flu infection causes otherwise harmless Staphylococcus aureus bacteria to travel into the lungs. There, S. aureus can trigger a full-blown case of bacterial pneumonia—that causes most flu fatalities. Infections spread quickly when your immune system is already busy fighting off a virus, so a patient can seem on the mend one day and require intravenous antibiotics the next.

If your child exhibits any of the signs Schuchat mentioned—high fever, difficulty breathing, rapid heartbeat, and tiredness or confusion—you should at the very least call a doctor. You’re not overreacting or being paranoid.

What can I do to keep my kid from getting sick?

The most important answer here is to get your child the flu vaccine. It’s not too late to get the shot (we’re only about halfway through the season), and even if the vaccine doesn’t prevent the flu altogether, it does lessen the symptoms that can cause death. And it could actually keep your kid from getting the flu at all.

If your child already got the vaccine, the next step is going to seem stupidly obvious: have them wash their hands. All. The. Time.

There’s a common misunderstanding that we get the flu by sharing food and drinks with sick people—as in, you shouldn’t drink from the same water glass as someone with the flu. But we usually catch the virus by touching the surfaces that sick people have touched, then touching our faces, especially near our noses. It’s the glass you touch to clean up after your partner that imparts the virus, not the liquid inside. That’s because there’s not much flu virus in saliva, and our stomachs are quite good at killing incoming organisms in any case. We’re far more susceptible to viruses that enter through our noses.

Have your kid wash their hands when they come home from school and remind them to do it while they’re away from home as well. Even doctors and nurses spread infections in hospitals by not washing their hands enough—we could all save ourselves a lot of illness if we just used soap a little more. Pro tip: don’t use hot water. This is a rookie mistake; it keeps you from washing for long enough without actually killing more bacteria than tepid water would. Wash with a temperature you can tolerate for a good, long, soapy scrubbin’.

Why are so many children dying from the flu this year?

We don’t know yet whether this season is particularly deadly. Data on influenza-related death lags a few weeks behind our other surveillance information, because often autopsy reports have to filter through the system before arriving in the CDC’s database.

Right now, we know of 53 children who have died from the flu so far. Dan Jernigan, Director of the Influenza Division at the CDC, says the total deaths have ranged from 37 to 171 during normal flu seasons. “The highest was during the 2009 pandemic, where 358 pediatric death were reported,” he says. As for this year, he explains that “only around 20 percent of these pediatric deaths had been vaccinated, and half of these children were otherwise healthy.” Just two of those deaths were babies 0-5 months old, which is too young to get the flu shot.

That all sounds terrifying to parents, but the CDC confirms that the best way to protect your kids is to vaccinate them and teach them good hand-washing habits. Unfortunately, children do die from the flu every year, and not just during the “flu season.” But there’s no harm in being a little more vigilant than usual. And parents, remember: there’s no symptom too minor to prompt a call to the CDC hotline.