But there's got to be a better way. 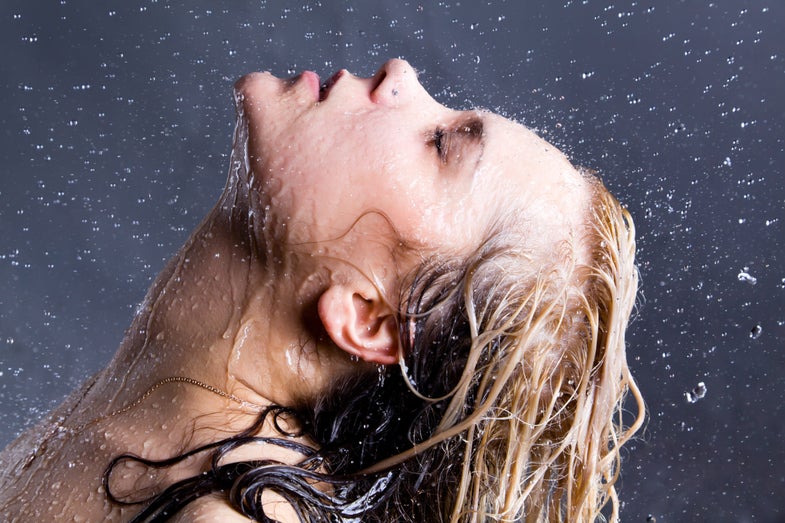 Marijuana is developing quite the reputation for relieving pain without the negative aspects of opioids and other medications, such as addiction or death by overdose. But that doesn’t mean it’s perfect. A New York Times report last week brings to light one particularly painful and debilitating set of consequences associated too much pot use.

Cannabinoid hyperemesis syndrome (CHS) is a condition where heavy marijuana users (those who smoke 20 times a month or more) are frequently wracked with bouts of intense abdominal pain, along with severe nausea and vomiting. And the vast majority of people who experience these symptoms all mysteriously arrive at the same solution.

CHS is still poorly understood, but researchers are making strides in identifying and characterizing its origins. A new study by Joseph Habboushe, an emergency medicine professor at New York University Langone/Bellevue Medical Center, suggests that perhaps one-third of the 8.3 million heavy users in the U.S. who present with nausea experience CHS. And there’s one thing almost all of them have in common: Their incessant need for hot showers.

In a separate study, Cecilia Sorensen, a physician at the University of Colorado Hospital at the Anschutz medical campus in Aurora, and her colleagues found that about 97.5 percent of the participants in their study used hot showers to alleviate CHS symptoms. “As a clinician in the emergency room, when I have a patient who has CHS, I ask them if they take a lot of hot showers, and the reaction is instantly like, ‘how did you know?!’ It’s become a useful diagnostic for CHS,” she says.

Chances are good you love a hot shower too. They can be soothing, immeasurably comfortable, and a great way to urge your muscles to relax. But when it comes to CHS, hot showers provide a much more specific and intense effect: a nearly complete reduction of bodily pain and nausea. Many patients report those symptoms quickly coming back once the shower is over or the hot water goes out.

What’s going on here? The key, according to Sorensen, is the endocannabinoid system (ECS). Neurotransmitters called endocannabinoids and their receptor proteins are broadly spread throughout the nervous system to regulate hunger, memory, pain-sensation, and more. The ECS is particularly important to—you guessed it—mediating the effects of cannabis on the body and brain.

“These receptors are all over our gut,” says Sorensen. “They’re in our intestines, our colon, and they have a role in regulating gastric and intestinal motility to control the propulsion of food and fluids.”

According to Sorensen, consuming too much THC—the psychoactive ingredient in marijuana—messes with some of these receptors. “This alters your gut motility. Anytime your gastric motility is obstructed, you get really severe abdominal pain and nausea. It’s a severe, spasmodic pain that basically results in overstimulation.”

While Sorensen and her team aren’t completely sure why hot showers set things back to normal, what they do know is that cannabinoid receptors are located in the blood vessels that service the gut from the spleen. When an individual starts to experience CHS, these receptors go haywire as well, leading to a lot of blood rushing to the gut. The heat from a hot shower causes another set of blood vessels closer to the skin to dilate, shunting blood away to other tissue. That’s where CHS symptom relief comes in.

This mechanism is similar to over-the-counter capsaicin cream. Capsaicin is the active ingredient in chili peppers, inducing a “hot” effect on the skin. When it comes to CHS relief, capsaicin cream is not as effective as a hot shower, but Sorensen has seen it used on CHS patients in the emergency room.

Habboushe has doubts about the gut-shunt theory, and thinks the observed effects of capsaicin cream point to the role of capsaicin receptors on the skin in providing CHS relief. “It’s almost definitely mediated through that receptor, rather than a change in blood flow,” he says. “If you talk to patients, it’s not more water, it’s hot water—sometimes scalding hot water where they burn themselves.”

Both doctors emphasize these are just theories, and there’s still no concrete explanation for why hot water works.

What is clear is that a shower is a poor solution. The vomiting and nausea induced by CHS already leaves patients hungry and dehydrated. A hot shower only exacerbates that problem, which can eventually see them rushed to the emergency room with kidney failure and related complications.

Problems can also arise if patients become too reliant on hot showers for relief. Sorensen recalls one story of a patient overcome by pain and nausea during an afternoon drive. “He needed a hot shower so bad, that he pulled into a local fire station and went in and begged for a hot shower!” Habboushe has run into patients who start to boil their own water once their hot water heaters are tapped out. “The pain is just so severe for these patients [that] they’ll try anything.”

The medicinal benefits of marijuana—alleviating pain, preventing harrowing epileptic seizures, and perhaps even treating Alzheimer’s, can’t be understated. For many, cannabis is key to living a comfortable, healthy life. Unfortunately, a small segment of them might not have the physiological wherewithal to handle regular use. And for those individuals, “this isn’t a subtle thing,” says Habboushe. “It’s severe, where patients will tell me, ‘doc, I don’t know what you’re talking about right now, I just want to get back into shower.’ It’s something real, and unfortunately it’s very, very likely [caused by] something in marijuana.”

Correction: A previous version of this article conflated the findings of two separate studies. This has been corrected.