This vaccine just might stop Ebola from annihilating the great apes

It worked in the lab—but will it work in the jungle? 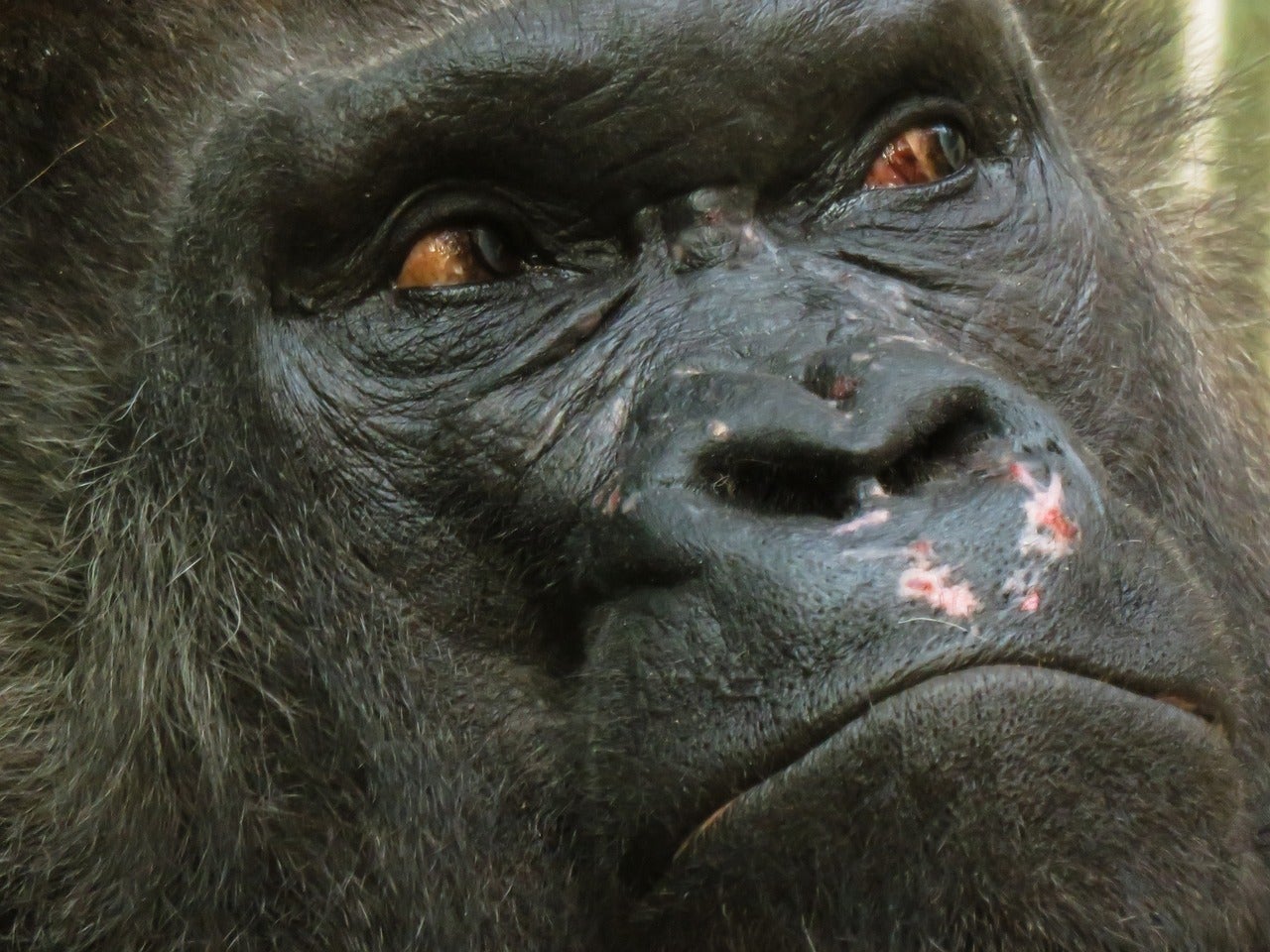 The Ebola virus doesn’t just bring terror and death to human communities, it also ravages Africa’s great apes, whose populations are already imperiled by hunting and habitat encroachment. Now, in an effort to keep our closest-living relatives alive, researchers have successfully tested an oral Ebola vaccine in the laboratory.

This comes at a crucial time. In 2005, an Ebola outbreak wiped out 5,000 gorillas and future mass die-offs are almost certain. The virus is considered responsible for around one in three gorilla deaths and countless chimpanzee losses. The extinction of wild apes is realistic, and Ebola may be their death knell.

In zoos, it’s easy to vaccinate apes against infectious disease—just as humans get inoculated to prevent chicken pox and polio, captive apes receive their vaccinations as shots. But wild apes are another story—and firing darts at them in the dense, dark jungle just isn’t something conservationists are keen to try. Instead, researchers want apes to eat a vaccine packaged into a palatable bait. A study published this week in Scientific Reports shows promise for such a vaccine—though these trials did not involve tricking wild animals into consuming the drug. Researchers administered the oral vaccine to laboratory chimpanzees and found that it produced “robust” immune responses. This is welcome news for the diminishing great apes, but it’s still unclear if apes in the wild will quite literally take the bait—and thereby vaccinate themselves.

“Nobody has yet to show that chimpanzees are baitable in the wild,” says Chris Whittier, who studies conservation medicine at Tufts University and was not involved in the study. “Is it anything they will pick up and eat?”

But if apes do devour the bait, it’s likely to vaccinate them against the ghastly virus—even though it was tested in the stark medical confines of the New Iberia Research Center, not the jungle. “There’s not much reason to assume the basic findings in lab are going to be significantly different than what you would expect in the wild,” explains Whittier. “These results shouldn’t be dismissed because it was done in the laboratory.”

The laboratory tests on chimpanzees, however, may have been the last—ever. In June 2015, the U.S. Fish and Wildlife Service classified all chimpanzees, both wild and captive alike, as endangered—and no endangered species can be the subject of invasive medical research. This decision cut the study short, but not before researchers proved that the vaccine worked.

Lead author Peter Walsh, who studies ape conservation at Cambridge University, believes laboratory research is necessary for producing effective oral vaccines. “It becomes much more expensive, speculative, and less safe if we don’t use captive chimpanzees,” Walsh told Scienceline. Conditions outside the laboratory are inherently uncontrollable, and if he’s forced to do future testing in the wild—which he thinks is his only recourse—any number of uncertainties may arise. He may come across a group of ailing gorillas in the wilderness, and it could be challenging to discern the cause of their illness. “Are they sick because I gave them the vaccine, or are they sick because of something else?” he said.

Before the Fish and Wildlife Service halted the research, Walsh and his team tested the vaccine on 10 captive U.S. chimpanzees. Six chimps were given the vaccine orally, and the other four intramuscularly, with a needle. Both methods were equally potent. While the oral vaccines proved effective, Whittier notes that they’ll realistically be deployed in specific, targeted parts of the jungle—places where conservationists know of an outbreak or can predict one. While this is an important endeavor that can potentially save many primate lives, “that’s different than protecting 100,000 primates across the Congo Basin,” says Whittier.

Oral vaccination is not the only forward-thinking vaccination effort. Whittier is working with Michael Jarvis, a virologist at Plymouth University, to beat Ebola at its own game. Jarvis is genetically engineering a contagious virus that is designed to spread through ape populations, but to infect them with an Ebola vaccine instead of the deadly virus itself. In this scenario, “You could, theoretically, infect one gorilla and it would spread by itself,” says Whittier. If it spread rapidly through the African jungle, it could potentially solve a problem an oral vaccine can’t: vaccinating thousands of apes in a short amount of time.

The work to make a contagious virus-based vaccine against Ebola is more than just theoretical, as Jarvis is currently researching the technology’s potential and publishing his results. The most recent study showed that a vaccine built into a cytomegalovirus—a relatively benign virus mostly hosted by primates—produced “high antibody levels” against the Ebola virus.

The engineered virus would be alive, so there are a number of important issues to address before it can be unleashed as a conservation fighter. “There is some fear about releasing any genetically engineered vaccine intended to spread into the wild—much less one with Ebola genes in it—simply because there might not be many control points after it’s released,” says Whittier. In other words, there’s not much you can do to stop an engineered virus if it mutates into something harmful.

Conservationists, like Walsh and Whittier, believe that that they’ll likely need these technologies to stave of the extinction of wild apes, as Ebola is certain to strike again. In fact, Walsh, who tracks the virus, believes the next outbreak will happen in the central or eastern parts of the Democratic Republic of the Congo—the dead center of ape country. For now, apes and conservationists have been granted a short reprieve from Ebola, allowing researchers time to advance these vaccine technologies and giving apes some time to recover from large die-offs. “We should feel fortunate that it’s been a decade since a large scale outbreak—that we’re aware of,” says Whittier.