The old-timey-sounding illness has now infected more than 100 people in New York. What is it? 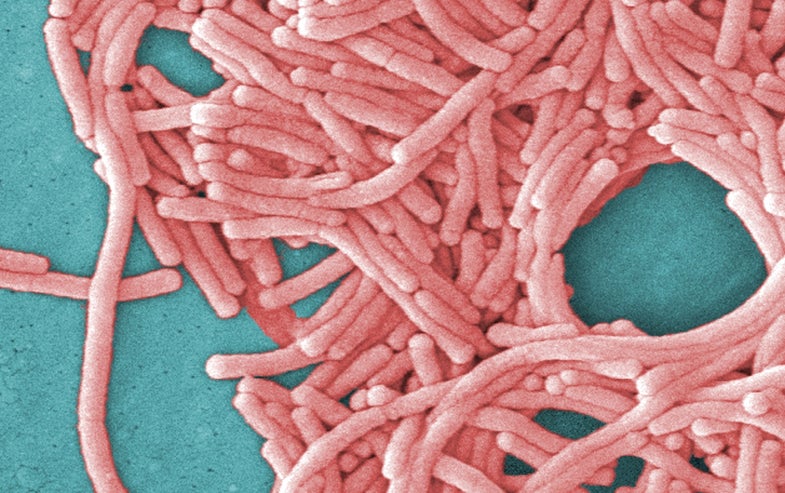 Over the past month, an outbreak of Legionnaires’ disease has spread in the south Bronx in New York City, infecting at least 113 people and killing 12. NBC reports that health workers have traced the bacteria that causes the illness, Legionella pneumophila, to 18 water cooling towers across the borough, and according to the New York Times, the outbreak appears to be radiating from the Opera House Hotel on East 149th Street.

More recently, however, an inmate at Rikers Island—a jail complex located more than two miles and across the East River from the Bronx outbreak’s epicenter—has also tested positive for Legionella. PIX 11 reports that the cases aren’t likely connected.

So what is Legionnaires’ disease? Why would it be linked to cooling towers? Why is it named after military folk? And if you live in New York, should you be worried? This edition of Better Know a Plague has the answers.

Although the name of the illness conjures images of ancient Roman armies, Legionnaires’ disease was first discovered in 1977. The previous year, an outbreak sparked during a Philadelphia American Legion convention, which was held at the Bellevue-Stratford Hotel. Within days after the meeting, legionnaires who had attended—mainly older war veterans—began falling ill and dying. Eventually, 123 were hospitalized for the illness and 26 died. It took six months for the Center for Disease Control to find the source, testing for possible viruses, bacteria, fungi, and toxins, but eventually researchers pinpointed Legionella, which had never before been linked to human illness. (The bacteria was later discovered to be the cause of a 1968 outbreak of unknown origins in Pontiac, Michigan, a less severe illness that is now known as Pontiac Fever.) 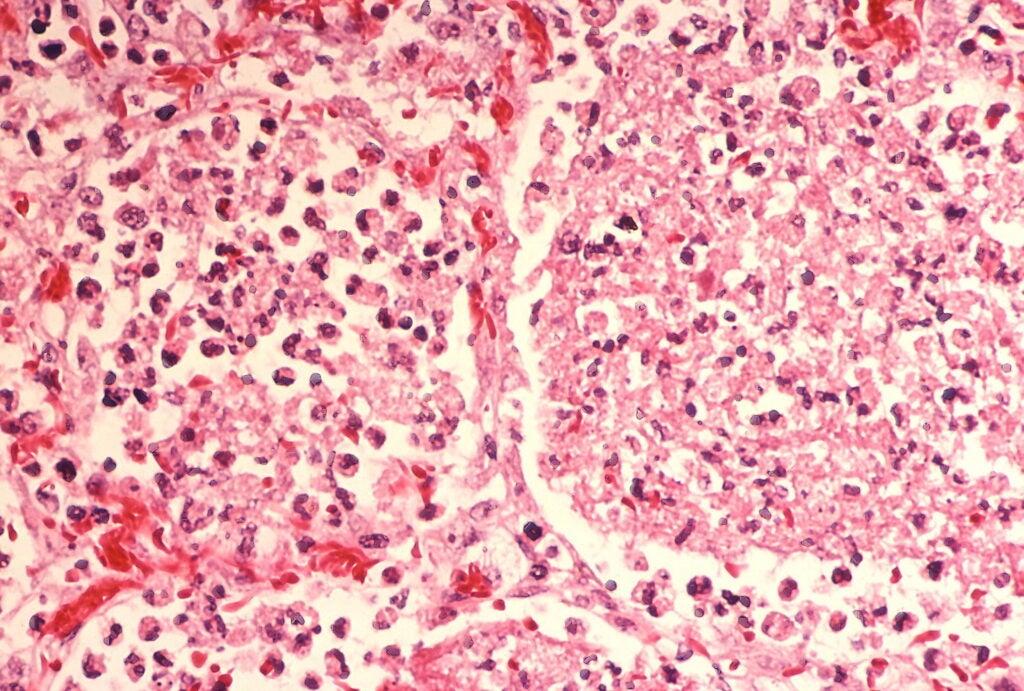 Biopsy of a lung infected by Legionella bacteria

Legionnaires’ disease is a type of pneumonia, or lung infection. Symptoms include cough, fever, chills, and muscle aches, which appear between two to 10 days after exposure. The bacterium likes warm damp environments and is most commonly found in fountains, hot tubs, humidifiers, and air conditioning cooling water. At the Philadelphia American Legion meeting, for example, Legionella was living in the hotel’s cooling tower. This is also why the current outbreak in New York centers on cooling towers.

How worried should New Yorkers be? On August 6th, the city’s health commissioner ordered all building owners to check disinfect their cooling towers within 14 days. In the meantime, unless you’ve been close to the areas of the known outbreaks, you’re probably pretty safe (the World Health Organization says that in some cases, exposures have happened up to 1.9 miles from the source). Legionnaires’ can’t spread between people, and so will remain relatively concentrated around the source of the bacteria.

Still, if you start noticing any of the symptoms—especially if you are among those most vulnerable to the bacteria, which include people with chronic lung problems, weakened immune systems, or the elderly—you should call your doctor and get tested. The good news is that Legionnaires’ disease is treatable with antibiotics.

Encyclopedia of Pestilence, Pandemics, and Plagues, Vol I