Today we celebrate five decades of secrets, lies, and half-truths from space agencies 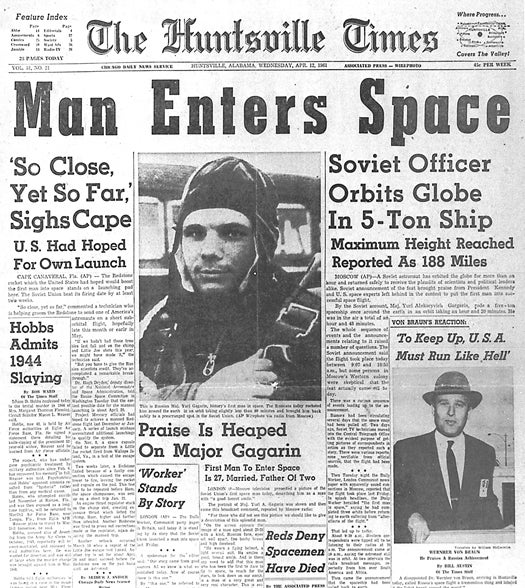 On April 12, 1961, the United States awoke to the news of the successful space flight of Russian “cosmonaut” (a recently coined Russian word) Yuri Gagarin. Television broadcasts showed exuberant crowds filling the streets in Moscow before cutting to grim-faced NASA officials. Even if America was a step behind our sworn enemy, a human being had returned from space. It was thrilling.

The story, while magnificent, left much to the imagination. Aside from the name of Gagarin’s spaceship, the Vostok (Russian for “East”), we knew almost nothing. What did the rocket, or the capsule, or Gagarin’s spacesuit look like? What were the details of the flight path and the cosmonaut’s activities? We heard the Vostok had blasted off from a spaceport called Baikonur, in south-central USSR, and that Gagarin landed in the capsule 108 minutes later, but just where remained a mystery.

Fifty years have come and gone since that April morning and pieces of Gagarin’s story, the story of the first human in space, have emerged. Internal reports suppressed until the collapse of the Soviet Union describe how Gagarin was in danger returning to Earth: A stubborn electrical cable kept the Vostok’s equipment section from jettisoning until the very last minute, which allowed the landing craft to rotate its heat-shielded underside into the fiery airflow of reentry, narrowly saving Gagarin from being burned in the atmosphere. And Gagarin hadn’t landed in the Vostok after all—he used his ejection seat and a parachute to touch down on the banks of the Volga. In order to get official recognition by international flight record groups, pilots had to land in their own craft. Rather than get disqualified, Moscow had ordered Gagarin to lie.

For the rest of his life, Gagarin remained an obedient Soviet hero, touring the world before returning to flight training. In 1968, while he was attempting to re-qualify as a solo jet pilot, his MiG-15 crashed and he died. He was 34.

Like so many things on that April morning 50 years ago, Baikonur, the spaceport, turned out to be partly a work of fiction too. The secret launchpad had been named after a small town 250 miles northeast. Many atlases, including the Oxford Encyclopedic, still designate the town Baikonur as “Russian spaceport.”

Today, privately owned spaceflight companies have already shown a range of attitudes about transparency. Some have shared photos and drawings of their vehicles. Some have broadcast live “rocket cam” views during actual launches, but cut the feed when trouble happens. And one company is so secretive it reportedly required family members attending company parties to sign confidentiality agreements. Before they lift off, they could learn something from how the USSR handled (and mishandled) the first man in space. 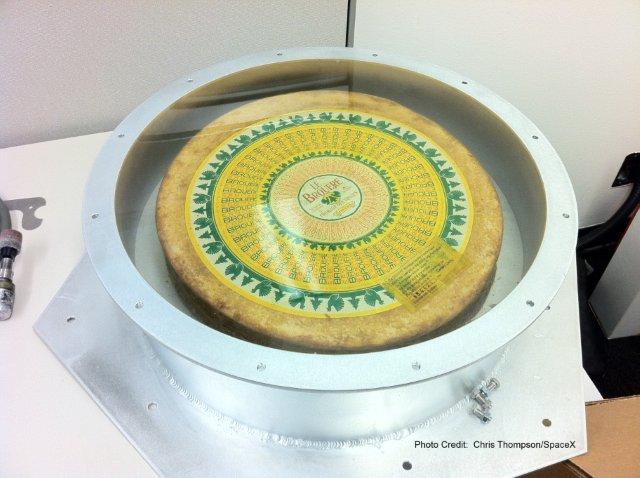 Elon Musk said his secret cargo was a tribute to Monty Python.

Early in the space race, the U.S. Navy tried to build 2.3-pound, eight-inch satellites that could clandestinely launch into orbit out of five-stage rockets. Although NOTSNIK (the “nik” was lifted from Sputnik) failed, and wasn’t declassified until the 1990s, a similar project was picked up by the Air Force in 1999.

Mao’s culture of secrecy surrounded China’s first manned space program, Project 714. It was so covert it had trouble getting funding, had only one telephone, and just managed to build a cardboard-and-wood mock-up of a spacecraft.

In a nod to previous secret payloads, before Space X’s capsule became the first commercial craft to orbit and return from space, founder Elon Musk announced that it carried a surprise payload. After landing, the cargo was revealed to be a wheel of cheese.