SpaceX's new Falcon 9 takes a crucial step to the launchpad 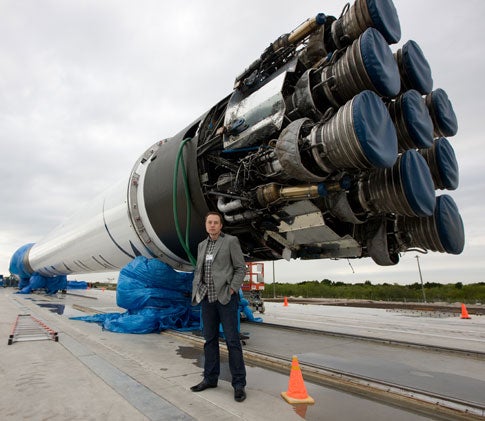 Since January, SpaceX’s heavy-payload Falcon 9 launch vehicle has stood 180 feet above Space Launch Complex 40 at Cape Canaveral, undergoing ground-systems tests in the run-up to its first test flight. The reusable Falcon series, named for the Millennium Falcon in Star Wars, has nine engines that provide more than a million pounds of thrust. Last September, the smaller, 70-foot-tall Falcon 1 became the first privately developed liquid-fueled rocket to orbit the Earth. 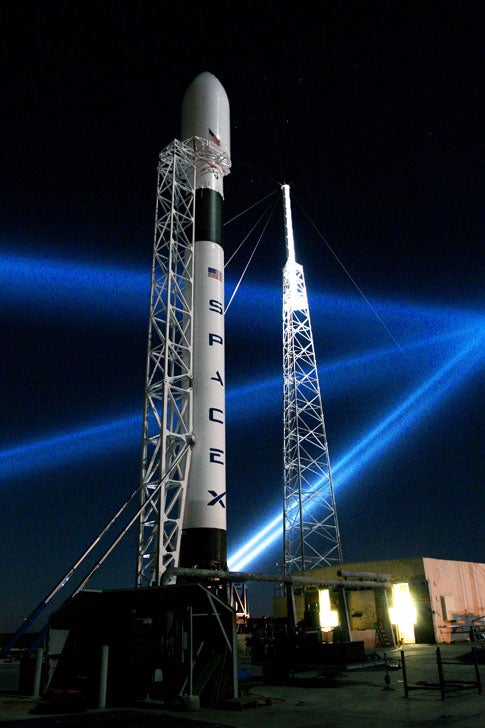 The co-founder of PayPal, Elon Musk, established SpaceX in 2002 with the goal of increasing space travel by reducing the cost of space launches (one flight to geostationary transfer orbit on the Ariane 5 costs $120 million; the same flight on the Falcon 9 will be $58 million). The company recently won a $1.6-billion NASA contract in which at least 12 SpaceX Falcon 9 launches will carry cargo to the International Space Station starting next year. Its first flight will be later this year.