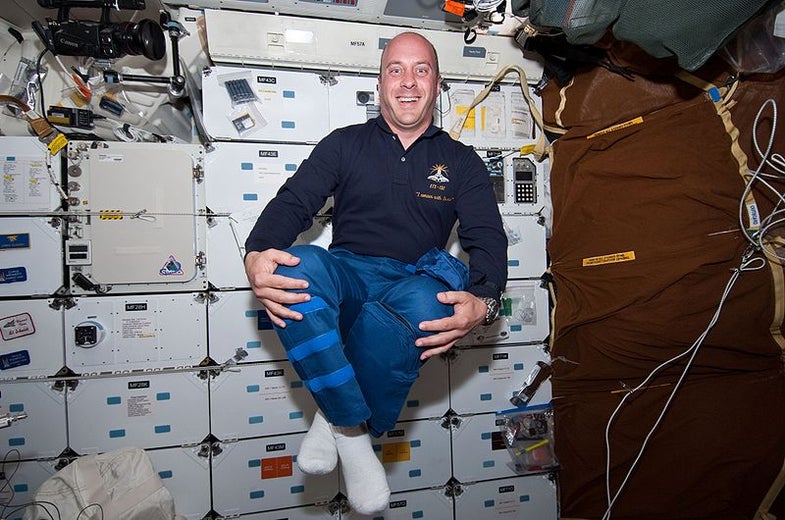 With a crucial test flight of its Falcon 9 rocket and an unmanned Dragon capsule slated for later this month, commercial space outfit SpaceX is nearing the crescendo of its unmanned space launch program–a robotic rendezvous with the International Space Station. Next up for SpaceX: doing the exact same thing, but this time delivering humans rather than cargo into orbit.

To that end, SpaceX announced last week that it would convene an independent safety advisory panel staffed with former astronauts and NASA researchers to provide an objective review of the Falcon 9 and the DragonRider, SpaceX’s crew-capable variant of its Dragon capsule. The company says it wants to create the world’s safest human spaceflight system–no easy feat considering how very dangerous place space can be.

So as SpaceX shifts its focus from unmanned rocket launches to the future of manned spaceflight, PopSci caught up with SpaceX’s own Dr. Garrett Reisman, former NASA astronaut and ISS crew member now bearing the title of DragonRider Project Manager in SpaceX’s manned spaceflight program, to talk about the process of building a manned space launch vehicle from the ground up and how exactly SpaceX plans to build the safest spacecraft the world has ever known.

PopSci: Why convene this independent safety advisory panel? Naturally SpaceX wants to boost human safety across the board, but what do you hope to learn from this particular group of individuals that SpaceX doesn’t already know?

Reisman: We’re entering a new phase here where we’re focusing more and more on flying people into space. There’s a big difference between flying a bunch of cargo up to the space station and flying people up to the space station. The level of safety and concerns, the implications of something going wrong–it’s an entirely new and different ballgame.

” What you worry about are the unknown unknowns–the things that you haven’t prepared for.”We want to make sure we have every opportunity to catch any potential problem that could lead to a safety issue. So we’re creating this independent safety advisory panel with these leading experts outside of NASA. By bringing in all their experience, we feel like we’re getting the best possible set of advisors that can ensure we’re moving in the right direction. But it’s important to note that NASA itself performs a very similar function through the commercial crew program. They have both an insight team and an oversight team that will be providing us with excellent advice. So this panel will supplement that. We feel that the skilled team that we have here at SpaceX coupled with the experience of NASA and all their lessons learned as well as these independent safety experts puts us in a really good place to ensure that our manned vehicle achieves a level of safety that’s going to be better than anything that’s preceded it.

After so many trips into low Earth orbit, it’s easy for many people to look at human spaceflight as fairly routine even though we’ve been tragically reminded a few times that it is in fact a very dangerous undertaking. Are there any specific places in the overall human spaceflight scheme–any particular points of worry–that SpaceX is focused on?

There are a lot of particular technical areas that have been problematic–the main propulsion system or the thermal protection system–where we’ve learned the painful lessons of the past. What we’ve striven to do is to build a vehicle that is much more safe than anything available now or that was available in the past. One of the ways we do that is by minimizing possible things that could fail. A lot of safety comes from simply having a robust and straightforward design that minimizes the number of failure modes.

But a lot of times when you have an accident or a mishap in aviation or in space, it’s caused by a failure of imagination. What you worry about are the unknown unknowns–the things that you haven’t prepared for. By bringing these people in–both the people with NASA and this independent safety advisory panel–they will bring with their experience an ability to protect us from that failure of imagination. They’ll make sure we don’t overlook anything, that there’s nothing they can think of that we haven’t thought of.

It seems like in building any manned spacecraft system there has to be some kind of tradeoff between comfort, cost, and safety. How do you establish where to draw those lines?

Safety isn’t always a function of money. Sometimes too much money can be a curse. If you take the approach that you’re going to take every kind of risk you can conceive of and drive it down to zero, you’re going to build a rocket that can never get off the ground. As with any ship, the only way to be 100 percent safe is to never leave the harbor. There’s always going to be some level of risk, and the trick is to find all the critical ones, the ones that could lead to a truly catastrophic event.

A good example is our launch abort system. In the past, or even if you look at the Soyuz today, there’s a tower on top of the spacecraft with a solid rocket motor on top of that, and if you ignite that motor it pulls you away like an ejection seat if, for instance, the rocket is about to blow up. If you have a tower like that and everything goes well, you still have to jettison it because you can’t deploy the parachutes, the tower is in the way. Now you’ve created something else that has to go right every single time–it’s like an ejection seat you have to use every time you fly.

What we’ve done is incorporate our launch abort system into the sidewall of the vehicle. That does a bunch of things for you. Now, if you’re having a good day, you don’t have to rely on a mechanical event to go right in order to stay safe. That necessity has been eliminated. At the same time you carry these rockets with you and bring them back, so you don’t have to throw them away. And since you carry them with you all the way through, you can conduct a powered abort anytime, all the way to orbit. So we’ve decreased cost and increased safety all in one stroke. That’s what you want to do.

We have a huge advantage in that we can learn from the past, so we don’t have to reinvent the wheel. They did a lot of great work at NASA during the Apollo era and during the shuttle era, and we’re the beneficiaries of that. They share their lessons learned with us and they’re looking over our shoulders to make sure we don’t repeat a mistake of the past. So it’s a huge advantage.

The other advantages we have are, of course, modern electronics and computing power. We have the ability to create much more capable fault detection systems that give us plenty of warning time. When something does go wrong, you have time to act. It goes back to what I was saying before: accidents are so often caused by a failure of imagination. They had to have so much more imagination back then because no one had ever done this before. The burden on our imagination is less. Still, we have to remain vigilant. There’s always something lurking out there that we haven’t thought of before.