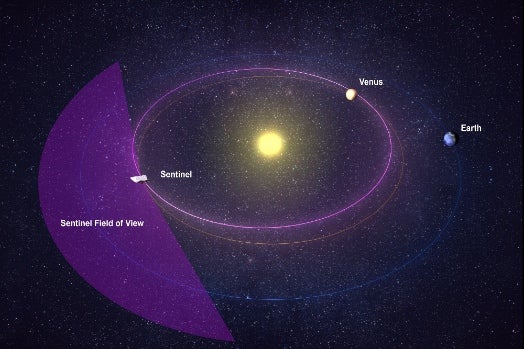 This morning at the California Academy of Sciences, a team of former astronauts, space scientists, NASA alums, and other concerned citizens of the solar system announced an unprecedented initiative to place a solar-orbiting telescope in deep space. The B612 Foundation wants to map the inner solar system’s asteroid inhabitants and chart their orbits over the next hundred years. And to do so, it will build, launch, and operate the first privately funded deep space mission in the history of human spaceflight.

As a privately undertaken spaceflight enterprise, the Sentinel Mission is an ambitious undertaking. But B612 (the name of the foundation comes from the fictional asteroid that is home to the title character in the French literary classic The Little Prince) CEO Ed Lu is surprised that it has taken this long for someone to do this. There are entities watching the sky, like NASA’s Near-Earth Object program, which has logged nearly 10,000 objects–90 percent of the estimated objects larger than a half-mile across. But according to B612, there are a half million more asteroids larger than the one that devastated the Tunguska region in northern Russia in 1908. Of those, we’ve mapped only one percent.

Sentinel aims to map the rest. The infrared telescope will be launched into a heliocentric orbit sometime later this decade that will at times place it 170 million miles from Earth. It will scan the entire night half of the sky every 26 days, identifying every moving object. In just 5.5 years, B612 plans to have mapped the orbit of 98 percent of all near earth asteroids–more than half a million objects total.

The B612 Foundation didn’t originally set out to map asteroids. The group formed out of a one-day meeting in 2001 at NASA’s Johnson Space Center addressing potential asteroid threats. It set about bringing awareness to the potential asteroid threat and seeking means of deflecting a killer asteroid should one ever be detected. But within a few years, it became apparent that humans can’t deflect what they can’t see. 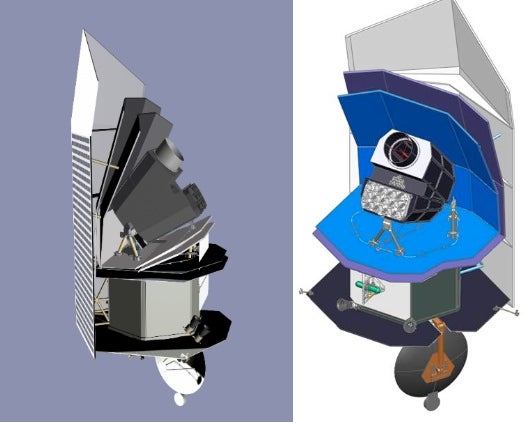 “All along we had assumed that someone somewhere was going to undertake the first step of actually mapping and locating all of the objects crossing Earth orbit,” Lu told Popular Science. “So we had been pushing for step 2: deflection. But it soon became clear that no one was going to do step one. The budget situation in Washington didn’t bode well, and in Europe it was even worse. We realized that if anyone was going to do it, it would have to be us.”

B612 marks something totally novel for the private space industry, in that it isn’t a commercial venture. It’s something more like space philanthropy. In 2001, a privately-funded deep space mission was unthinkable. There were no privately owned launch vehicles. The logistics of both placing a telescope in deep space orbit and managing the data flow and computation of the data were daunting. The costs would be truly astronomical, and the return on investment–besides potentially saving the world–would be nil.

But while giving a talk at Google’s campus a few years back, an audience member challenged Lu on the idea that a private institution couldn’t raise the hundreds of millions needed to fund a space mission purely through fundraising. The costs of powerful infrared sensors had come way down since 2001. SpaceX had created a viable private launch vehicle. The cost of the on-board computing power necessary to drive a space-mapping telescope had fallen precipitously. It was only in 2011 that B612 as an organization realized that if philanthropies, municipalities, and universities can raise $200 million at a time for new art museums, academic buildings, or stadiums without so much as batting an eye, a fundraiser to potentially save humanity from a dinosaur’s fate is completely doable.

All that has led up to this morning, when B612’s principals announced that they have raised enough money to fund the design of their Sentinel spacecraft and set a launch goal of 2017 (a second window in 2018 is also available). The optimal place from which to view Earth’s orbit and the things that cross it is from a place somewhere around Venus’s orbit, between 0.6 and 0.8 astronomical units. It will get there via a SpaceX Falcon 9 rocket that will set it on course for a “slingshot” around Venus that will bring it into into a final orbit that will carry it anywhere from 30 million miles away to up to 170 million miles away.

The spacecraft itself will be manufactured by Ball Aerospace (Lu described the telescope as a mash-up of the Spitzer and Kepler space telescopes, both designed by Ball). At just 25 feet long Sentinel isn’t huge, but its 20.5-inch cryo-cooled infrared telescope won’t miss much. It’s wide-field, 24-million-pixel view will map asteroids down to 100-feet across–the kind that aren’t necessarily species killers but that could still do significant damage (an asteroid just a few tens of feet across could potentially cause a Tunguska-like airburst that could flatten an area the size of a small city).

The result will be not only the first privately-funded deep space mission, but also the first space mission undertaken as a kind of amped-up Kickstarter project (but one that’s not for profit). It will provide the first real data trove logging the positions and orbits of all the bodies whipping around the inner solar system, something public space enterprises have yet to provide. Further, the data flowing back from Sentinel (which will be managed by NASA’s Deep Space Network) will be made public. NASA and other space agencies can use it to pick out targets for exploration or study. Commercial entities like the upstart Planetary Resources can tap it to discover potential targets for asteroid mining. And of course, with a 100-year map of every potentially deadly asteroid out there, everyone will rest a little easier.