What: An “elevator” that carries heavy loads into space

Crux: A 62,000-mile cable–one end “anchored” in space and the other attached to a platform in the Pacific–that acts as a rail for laser-powered lifters carrying up to 5 tons.

Thirty-four years after the first human step on the Moon, cheap and reliable access to orbital space remains a seemingly distant dream. When it’s flying, the shuttle costs $500 million per trip; lofting unmanned payloads still costs at least $12,000 a pound. Science fiction writers have long touted an elevator into the heavens, but pesky physics has always gotten in the way; there’s simply no material that’s light and strong enough to stretch to orbital heights without collapsing under its own weight.

Physicist Brad Edwards was researching at the Los Alamos National Laboratory in the late ’90s when he overheard a colleague say that such an elevator couldn’t be built for 300 years. Edwards, though, was familiar with carbon nanotubes–nanoscale carbon structures 60 times stronger than steel. He did some calculations and hasn’t yet found a reason why a space elevator can’t be built. Last year Edwards became director of research at the Institute for Scientific Research in Fairmont, West Virginia, and received $500,000 from NASA’s Institute for Advanced Concepts to flesh out a plan.

Edwards’s design: Rockets blast off to 22,000 miles, launching an “anchor” satellite that uncoils a ribbon made from carbon-nanotube composite fiber as it ascends to 62,000 miles. The ribbon flutters to the ground, where technicians attach it to a platform floating at the equator. The centripetal forces at the space end keep the ribbon taut and maintain it in a geosynchronous orbit. Electric elevators powered by ground-based lasers and carrying as much as 5 tons in payload would climb up and down.

The biggest challenge: The longest nanotube ever created is just microns in length. But by combining nanotubes with an epoxy resin and then extruding the mixture like monofilament fishing line, “you can already make strands as long as you want,” Edwards asserts. Two other great obstacles remain: maintaining the elevator despite hurricanes, meteorites and corrosive atomic oxygen, and building the laser system. “It’s a big engineering challenge,” Edwards says. “There will be difficulties. But there’s absolutely no physics reason why it can’t be done.” 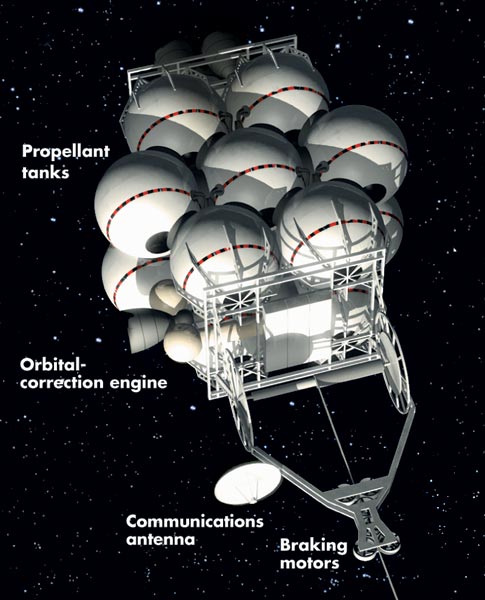 Launched to a geosynchronous orbit, the 45-ton anchor deploys its carbon-fiber-filament payload to Earth’s surface. Engineers attach the filament to a base station floating west of the Galapagos Islands. The anchor keeps itself in place using fuel stored in its 8-foot- diameter propellant tanks.

Most of a rocket’s fuel is spent blasting through Earth’s thick atmosphere and out of the planetÃ¢a¬s strong gravitational field. But here’s an alternate strategy for getting payloads up to space: Construct a 62,000-mile-long cable jutting straight out from the equator, hold it in place with centripetal force, then lift satellites and spacecraft out of the atmosphere with a giant freight elevator. One major hang-up: Cable strong enough to support the system does not yet exist, though it could be made from carbon nanotubes. 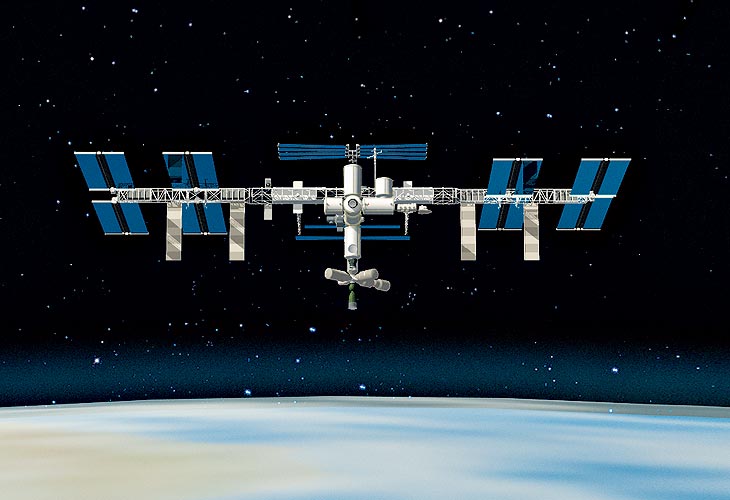 By comparison, the International Space Station orbits a measly 250 miles above Earth’s surface. 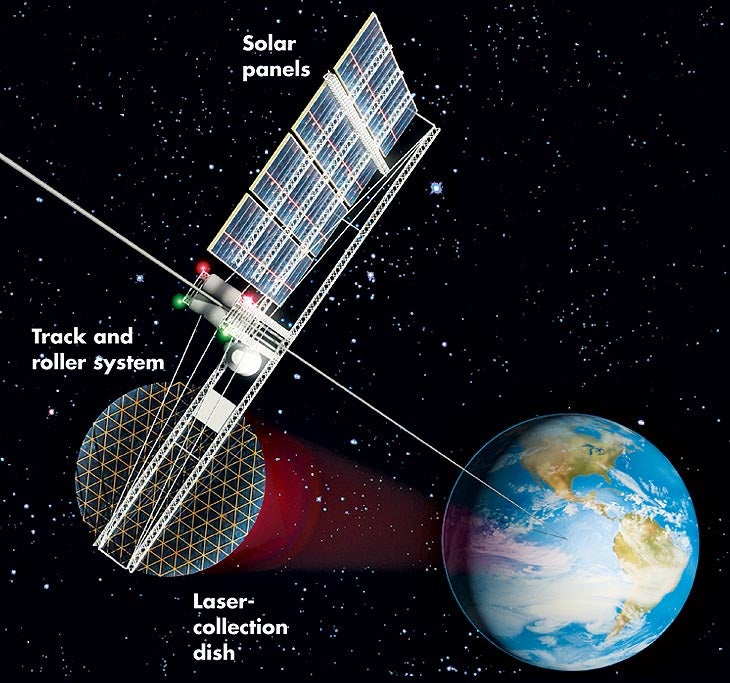 Once the filament is in place, it must be strengthened. More than 200 “climbers” will add layers of carbon-nanotube fiber to the tether, until it widens into a 3-foot-diameter cable. An infrared laser fired from Earth will beam energy to the climbers.
Science Fiction
los alamos national laboratory
science fiction writers