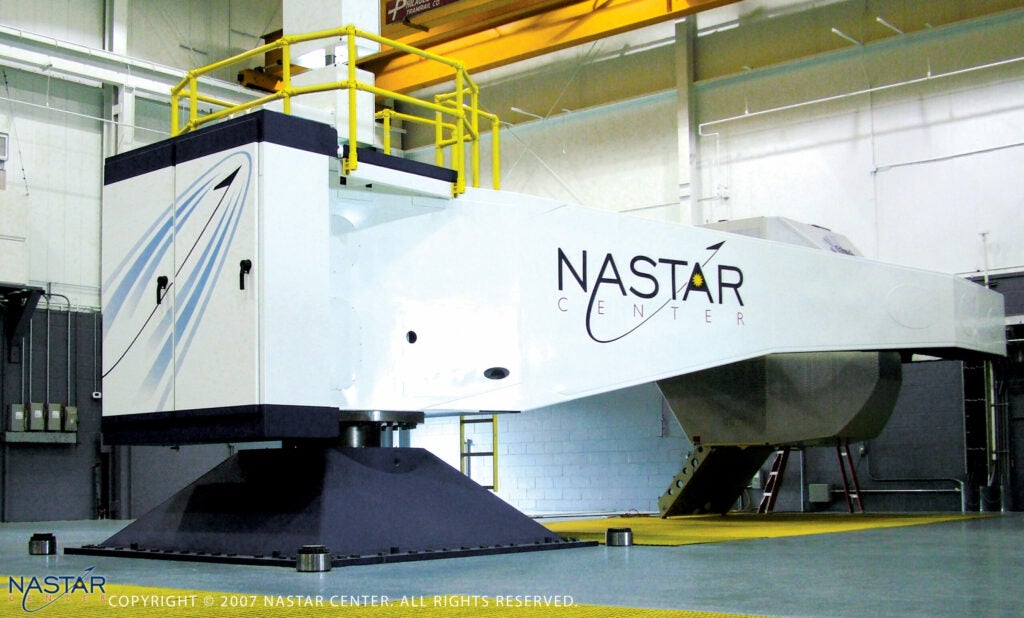 One of the most advanced centrifuges, the STS-400 provides the same physiological effects of a trip on SpaceShipTwo.

As early as next year, if you are one of a lucky few, you may find yourself strapped in a six-passenger rocket some 50,000 feet above the Earth’s surface, bracing yourself as it disengages from the specially designed jet plane mothership, and shoots cannon-like 60 miles up into suborbital space at three times the speed of sound. If all goes well, you’ll then get to unbuckle and float in zero gravity for a full fifteen minutes, spying on the earth’s curvature, all of North America and the Pacific Ocean.

This scenario is what Virgin Galactic is banking on. So much so that though the rocket is still unfinished they are already putting their first-picked passengers through flight training. And that is how Wilson da Silva, editor-in-chief and co-founder of Cosmos (the biggest-selling science magazine in Australia) found himself in Philly last month at the National Aerospace Training and Research (NASTAR) Center strapped into one of the most advanced centrifuge simulators on Earth shouting words that we cannot print here as 6 Gs of force pressed down upon him.

But first, some background.

The Making of a Space Flight

Four years ago, Burt Rutan of Scaled Composites won the Ansari X Prize for his ShapeShipOne design. The competition offered $10 million to any non-governmental group who could launch a manned spacecraft into space twice within a two week period, and was modeled after the 1927 Orteig Prize, which prompted Charles Lindberg to fly solo across the Atlantic Ocean.

The win catapulted Rutan into the international spotlight and his technology was licensed that same year by Sir Richard Branson, founder of the behemoth Virgin Group and the subsequent world’s first “spaceline”: Virgin Galactic. Branson and Rutan joined forces with Paul Allen of Microsoft fame (who also financed Rutan’s X Prize bid) to form the SpaceShip Company in 2005, which manufactures all of the spacecraft for the space tourism endeavor. The current rocket model, SpaceShipTwo, carries two pilots and six passengers.

From the start, despite a ticket price of up to $200,000, passengers lined up to be among the first into space. Over 30,000 people have reserved spots since tickets went on sale in mid-2005 (though not all of these have been confirmed with the required $20,000 deposit). Some notable ticket holders include theoretical physicist Stephen Hawking, James Lovelock, author of the “Gaia hypothesis”, and actress Victoria Principal, who played “Pam” on Dallas. The order of flights for the first 100 will be literally drawn from a barrel.

Don’t have the cash? A bit of luck—and a very generous friend—might help you out. Which brings us back to Wilson da Silva. Soon after hearing about Virgin Galactic’s proposed flight, millionaire Alan Finkel, founder of Axon Instruments and financier of Cosmos, called da Silva asking his opinion of the project. Da Silva agreed it sounded like an interesting prospect, which prompted Finkel to offer a free ticket to join him in space. Five weeks later, da Silva received a letter from Sir Richard Branson naming the first 100 passengers, and was shocked to see his own name listed.

“I had about as much expectation of going into space as being Secretary General of the U.N.—both were theoretically possible, but never going to happen,” said da Silva.

Turns out it is going to happen (the space travel, that is). In late October, da Silva joined other members of the lucky first 100 to fly in flight simulation training sessions in NASTAR Center, outside of Philadelphia, where he underwent vigorous training that gave him an idea of what was in store for him on his flight.

The center’s two-day Space Flight Training Program, includes academic classes that train the passengers to deal with the intense G forces experienced in flight, and six flight simulations in NASTAR’s STS-400, a centrifuge that provides the same physiological effects of a trip on SpaceShipTwo.

Passengers of SpaceShipTwo will experience G forces in both the x (against the chest) and z (from the top of the head) directions. G is the gravitational constant, and on earth we experience it as our body weight. In space, these passengers can expect to experience three and a half Gs on their trip up, and six Gs on reentry—the equivalent of having, respectively, three and a half or six times your body weight pressing down on you. The STS-400 is one of the only centrifuges in the world capable of moving its cabin in all directions, so that passengers can experience G forces in each direction.

The flight simulations break the G forces into components so that passengers understand how each type feels physically, and can better deal with the physiological effects. G forces in the x direction push hard against the chest, which can make it difficult to breathe. Passengers are trained to compress their lips like they’re playing a trumpet, and to take slow breaths, to maintain a positive pressure in their lungs.

G forces in the z direction are more dangerous because they can prevent blood from reaching the brain (the brain can only survive without blood for a few seconds). In class, passengers learn to tighten their muscles to direct blood to their chest area, pushing their legs hard against the cockpit’s foot rails and pulling up against the handrails in order to prevent too much blood from getting sidetracked away from the brain. If this isn’t successful, they risk G-induced loss of consciousness (GLOC), which can leave passengers disoriented and extremely uncomfortable.

The STS-400 simulations gives passengers a taste of Gx and Gz forces alone, first at 50 percent of the force felt on SpaceShipTwo, then at 100 percent. And then the STS combines them together, just like in real flight, so passengers can test out their G force survival skills. The simulator doesn’t, however, give them the sought-after zero gravity sensation—they only experience 0.4G over a period of a few seconds.

Safety is top concern for Virgin Galactic: da Silva and other trainees also underwent vigorous medical testing, including a heart stress test and a physical. No one with even the slightest heart condition is allowed to fly, as cardiac arrest is highly likely in candidates with heart problems. Virgin estimates that 80 percent of the population will be healthy enough to fly.

The company is also taking great care with the safety of its designs. As their Web site notes, it “does not regard itself as being in a race” to be the first suborbital tourist flight. And while some reports have suggested a 2009 launch date, the company does not have a scheduled deadline for departure. Waiting until the technology is perfect is probably a good thing: just last year, three Scaled Composites engineers were killed while testing of components of SpaceShipTwo‘s rocket motor. Passenger deaths would likely shut down the fledgling space tourism industry.

Da Silva says, however, that he isn’t thinking too much of the safety aspect. “What I care about in this journey is being weightless above the earth, looking down on my home planet where all of human history has occurred, everyone I know and everyone I have ever read about lives or lived. The awesomeness will be overwhelming,” he said.

But, even if his name is drawn first, he may have to wait a bit longer: “I have a deal with my benefactor that if I get a ticket first, Alan is going up in that spot.”

WhiteKnightTwo was named one of PopSci‘s top 100 innovations of the year. Read more about it and all of our Best of What’s New picks at popsci.com/bown2008.