The trend toward commercialized space is reaching into military communications and even a human expedition to Mars. Advocates say such... 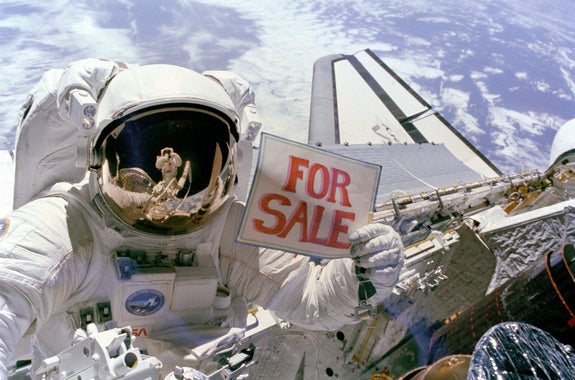 Astronaut Dale Gardner holds up a "For Sale" sign, referring to two satellites, Palapa B-2 and Westar 6, that were retrieved from orbit. NASA via Space.com
SHARE

The trend toward commercialized space is reaching into military communications and even a human expedition to Mars. Advocates say such public-private partnerships could bring down mission costs and speed up the process.

First, the Air Force’s Space and Missile Systems Center signaled that communications satellites could increasingly have extra bandwidth set aside for military use, following a 6-month study by four aerospace firms.

Boeing, Intelsat, Space Systems/Loral and Orbital Sciences were awarded $3.7 million to study modifying commercial satellite capabilities for military purposes, including setting aside bandwidth in military frequencies. The firms will examine how they can meet military requirements with minimal modifications to their commercial platforms.

These so-called hosted payloads are additional payloads added to a commercial satellite for the purpose of being leased to a government user. They could help private firms make more money and would give the military some extra bandwidth. Boeing alone has received five hosted-payload orders in the past year and a half, said Craig Cooning, vice president and general manager of Boeing Space & Intelligence Systems, in a press release.

Boeing says one of the main benefits is delivery speed — the private sector moves pretty fast, and a commercial satellite carrying a hosted payload can be ready in less than three years.

Meanwhile, NASA scientists are proposing corporate financing for a human mission to Mars, rather than relying on government support. Private firms could raise $160 billion for the trip and a Mars colony, according to Joel Levine, a senior research scientist at NASA Langley Research Center. Levine makes the case in the book “The Human Mission to Mars: Colonizing the Red Planet,” which he co-edited with Rudy Schild of the Harvard-Smithsonian Center for Astrophysics. 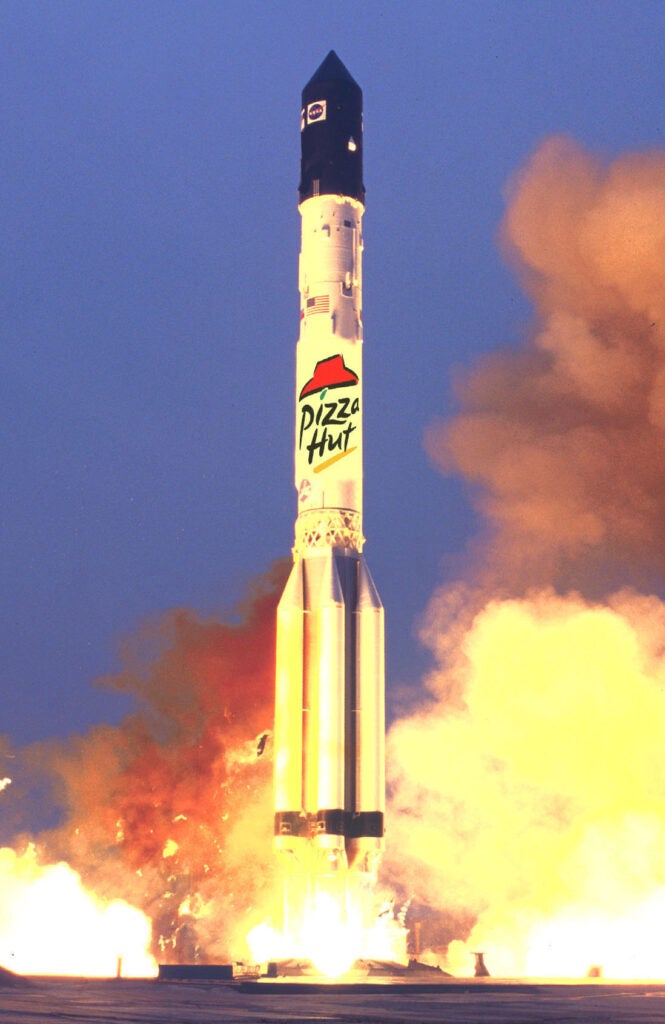 Companies could sell merchandise and broadcast rights to pay for the expedition, which could create 500,000 new jobs over 10 years, Levine argues.

There’s certainly precedent for this — Google is sponsoring the $30 million Lunar X Prize, an effort to launch a robot to the moon by the end of 2015 and drive it one-third of a mile. And way back in 1999, Pizza Hut paid $1 million to sponsor the launch of a proton rocket that delivered key components of the then-tiny International Space Station. Still, those were paltry sums compared to a hugely expensive Mars trip. Cost and safety concerns could be major roadblocks for the private sector.

But commercialization is very much in NASA’s future, even if the space agency doesn’t privatize the space shuttles. The space agency’s administrator, former astronaut Charles Bolden, said at an industry conference this week that NASA can’t survive without strong partnerships with private space companies.

“When I retire the space shuttles, that’s it for NASA access to low-Earth orbit – we need you,” he said.