Take an Orbital Vacation on a Surplus Soviet Military Spacecraft

Only $35 million to ride 1970s technology into orbit 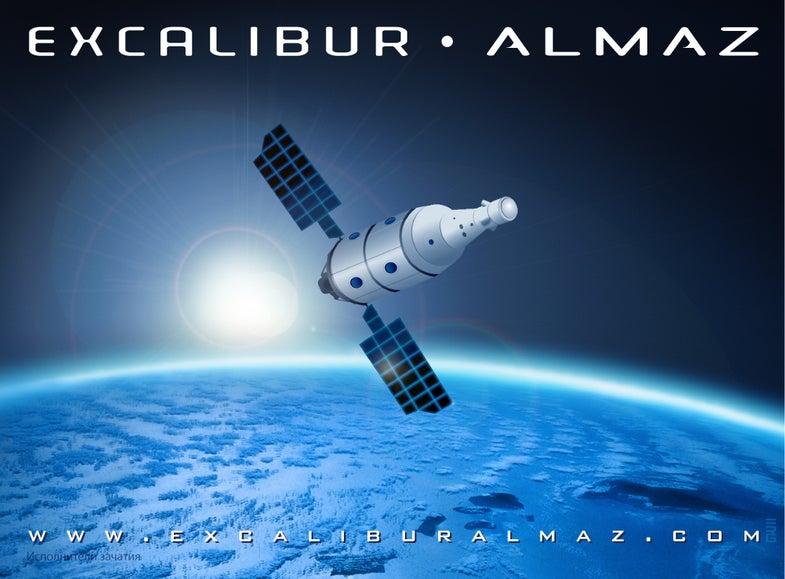 Space tourists with deep pockets and dreams of recapturing Cold War nostalgia need look no further than Excalibur Almaz. The new company is asking $35 million for a weeklong stay aboard a Soviet-era military spacecraft.

Excalibur’s purchase of the Russian military-surplus “Almaz” reentry capsules turned heads in August. But the latest announcement firmly sets Excalibur up as a competitor with Space Adventures, the only private outfit that currently offers rides into orbit aboard the three-man Russian Soyuz spacecraft.

The Almaz spacecraft represent a 1970s throwback to a time when the Soviets envisioned human crews flying into orbit to secretly spy on enemies under the cover of being civilian research stations. One Almaz orbiter even came armed with an automatic aircraft cannon in the event of a “Moonraker” style space battle with the United States.

Both the United States and Soviet Union eventually realized that unmanned satellites represented a more cost-effective alternative for spy stuff. But the Almaz spacecraft may now fly again aboard a Russian Proton or Soyuz rocket, or possibly even the private U.S. Falcon 9 rocket.

Flight International reported that Excalibur conducted a private market survey, and found would-be customers yawning at the suborbital jaunts offered by the likes of Richard Branson’s Virgin Galactic. That led Excalibur to aim for the weeklong orbital experience.

Most people may gag at a $35-million space vacation, but it’s not unprecedented. The first repeat space tourist, Charles Simonyi, paid the same amount to fly with Space Adventures for a 13-day stay aboard the International Space Station.

Riding in a three-person Almaz spacecraft might represent a more cramped space tourism experience. But then again, perhaps that’s a small price to pay for a ride in 2013 aboard one of the first armed spaceships in history.

[Flight International via The Register]