Wasting no time after the publication of the Augustine Report, both NASA and a competitor for the Lunar X-Prize used... 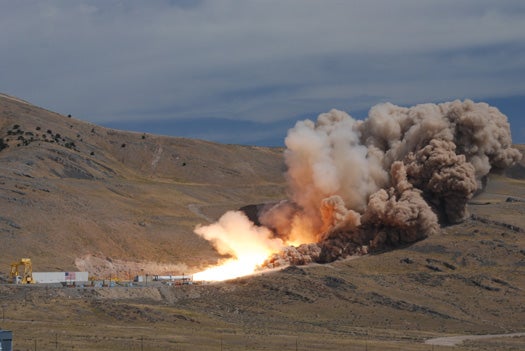 Wasting no time after the publication of the Augustine Report, both NASA and a competitor for the Lunar X-Prize used this week to test lunar exploration technology. For NASA, this meant a Thursday test of the Ares rocket that forms the bedrock of their Shuttle replacement efforts. For Armadillo Airspace, a test of their X-Prize-contending lunar lander prototype.

The Ares rocket launch only tested the first stage of their Ares I rocket, but the test was a success. Fired from a launch site in Utah, the rocket motor fired off 3.6 million pounds of thrust during its take off. The Ares I is the smallest of the proposed next generation of rockets, and the Augustine report identified it as the future of low Earth orbit transportation in two of its plans. 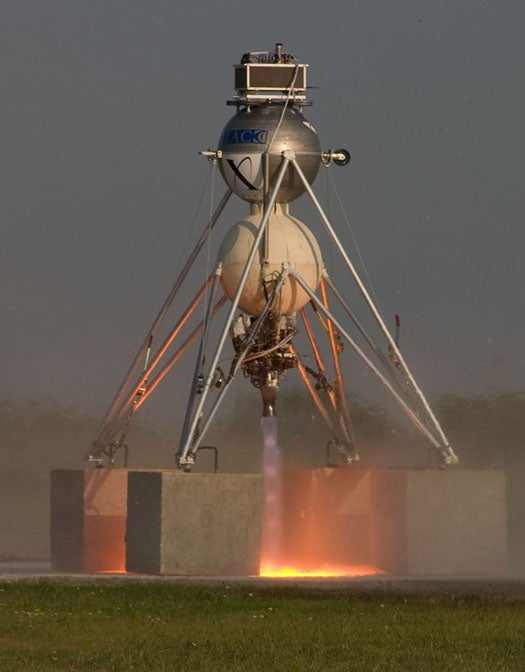 Flight Of The Armadillo

The rest of the plans, identifying commercial space companies as the solution for low Earth orbit launches. However, the X-prize goes beyond that. Saturday’s test is the first of three different launches that form part of the the Northrop Grumman Lunar Lander Challenge. The Challenge offers $1 million to the company that can create a low cost, high performance lunar lander to help NASA achieve its goals at a lower price. To that end, Armadillo Aerospace will be the first company to test their prototype in this round of the challenge.

And if anyone’s going to get to the Moon, it looks like it’s going to have to be a commercial company. As the Augustine report made clear, NASA just doesn’t have the money anymore.