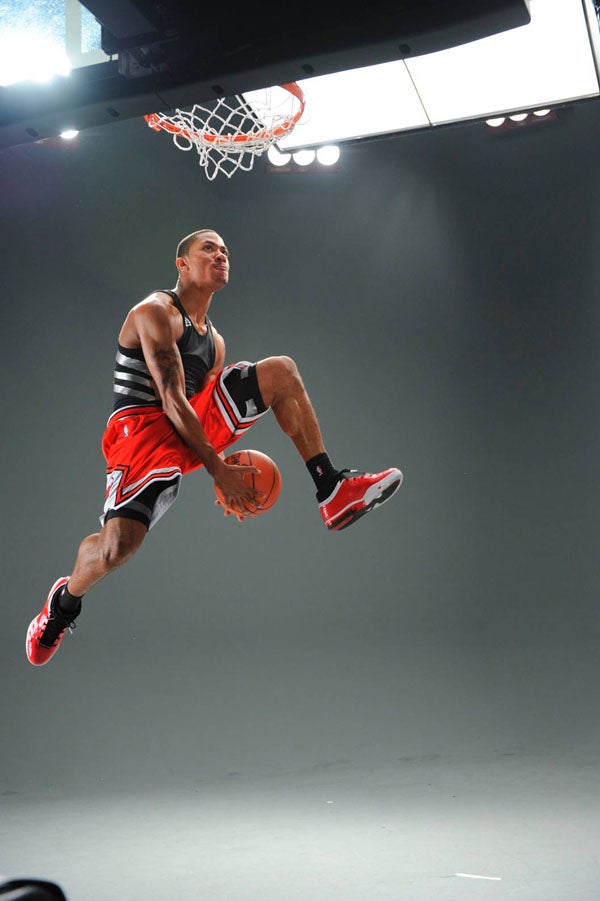 A member of the Popular Science editorial staff plays a pick up game during lunch. Adidas
SHARE

In 2007, Dwight Howard donned a Superman cape before leaping to victory in the slam dunk competition. In an attempt to defend his title this weekend (he came in second), Howard topped his own theatrics by entering a phone booth for his annual costume change. The basketball player-cum-superhero returned to the court to dunk, not in a regulation 10-foot basket, but in a 12-foot-high hoop.

While it’s natural to attribute such supernatural feats to Howard’s freakish physical stature — or perhaps to the cape around his neck — it was actually the skintight clothing beneath the cape that produced the boldest and most easily quantifiable performance enhancement. An undergarment described as, not clothing, but equipment, the Adidas Techfit Powerweb contains carefully placed strips of thermoplastic urethane that stores energy like a spring, and lets athletes release it on their villain of choice.

Compression garments are everywhere. Since Under Armour launched the phenomenon, nearly every sporting goods manufacturer has created its own line of Lycra-like moisture-wicking skintight clothing. To our chagrin, it’s in every locker room, at every skill level, wrapped tightly around every shape of body. And while Adidas is certain their core garment is significantly better than any other on the market, even without the Powerweb technology, it’s the rubber-band-like strips bonded to the Spandex that’s of real interest.

So just what special powers can the Powerweb provide? Testing at Adidas and the University of Calgary has quantified the advantage: a 1.1-percent speed increase over 100 yards, a 4-percent higher jump, a 5.3-percent power increase, and a 1.3-percent reduction in oxygen output — all statistically significant results at an alpha level of 0.05 using 10 subjects. Not exactly faster than a speeding bullet, but it takes a 100-yard dash from 10.0 to 9.9, and lets Howard raise that hoop just a bit higher.

And how exactly does it work? In short, the thermoplastic urethane bands act as simple springs. As an athlete moves, energy is stored in that spring, and that energy is then released as the athlete returns to the original position, providing a small, but statistically significant, push. Squat down while wearing the shorts, and the elastic nature of the bands is immediately apparent. Adidas has studied different sports to find optimal locations where the bands can provide benefits without restricting motion. But who says the additional effort put in to stretch the bands is any less valuable than the energy spike as the spring releases?

“We certainly know through thermodynamics that we can not get more energy out than we get in,” said Brady Anderson, a sports researcher with Adidas. “But we also know that you can change the type of energy. In the case of jumping you’re using gravity to store potential energy as you squat, and then turning that into kinetic when you jump.”

Not a bad explanation, but Anderson notes that the jumping example is by far the most simple way to explain the benefit of the Powerweb. In running, gravity offers no help, meaning the athlete must still actively stretch the band before it can release energy. Anderson notes that even within the ranks at Adidas there is debate on the exact source of the magical powers.

“Perhaps there is an angular momentum factor. In some respect we’re using hip flexors muscles to aid in the hip extensor moment,” said Anderson. “We’re robbing Peter to pay Paul with a net increase in hip extension power.”

Outside of the hard data, Adidas says athletes consistently refer to feeling “more invincible” in the gear. But perhaps it’s a psychological byproduct of wearing something that seriously looks like an X-Men costume.

“We know that we can affect posture,” said Anderson. “It’s like a general mechanical cue that brings your shoulders back and puts you in a more athletic posture. You’re in a position to create more power.”

Whatever the reason, Adidas says athletes who start wearing the Powerweb aren’t quick to give it up for mere mortal alternatives.

“T-Mac (Tracy McGrady) is a perfect example,” said Adidas designer Travis Blasingame. “When we first approached him he was a little skeptical of the appearance. By the end of the season he was wearing the product head to toe. Once they put it on, they won’t play without it.”

It’s worth noting that the Powerweb technology is actually nothing new. Tyson Gay first ran in the technology more than four years ago, and it had some presence in Beijing. And while it’s remained on the market since, this weekend marked a true introduction to the masses.

Adidas announced on Saturday that Techfit is now the official, and exclusive, compression garment of the NBA. That means that any player wearing something skintight beneath their jersey must be wearing Adidas, and that garments with the Powerweb will be offered to every team. Padded versions of the Techfit are also available, with Adidas becoming the exclusive supplier of those in 2010. The Howard costume was actually a next-generation prototype, showing that players could ultimately ditch the outer jersey completely and only wear skintight Techfit jerseys.

So why such a slow momentum for a technology that Adidas is so cocky about?

“For the first time, you have clothing that has becomes equipment. It’s the first time clothing has become technical, so we have to find a way to get the real story out there,” said Blasingame. “Swimming has been at the forefront of profiling clothing, and we’re branching out from that. We think it will be different moving forward.”

Blasingame also notes that the cost of the clothing (which is somewhere between $60 and $80 per piece) would make any mom flinch, when a normal set of tights is half the price on the next rack.

As anyone would expect from a behemoth like Adidas, there’s no plan to stop with shorts and a leotard, or to restrict the technology to parquet floors. Arm sleeves and knee sleeves will join the already offered calf sleeves. Padded and non-padded options will offer athletes a modular set of clothing they can customize to the situation (training vs. game) or opponent (Shaq vs. Vlade Divac). Sport-specific kits for everything from basketball to biathlon are either already available or in the works. There’s even a yoga kit on the drawing board, to help alignment and stability in those seemingly painful positions.

Like Under Armour before them, Adidas recognizes that the sporting industry is filled with copycats. With a solid patent portfolio and a dedication to being a “product company and not a marketing company,” they are confident of protecting their space. And, as backup, they’ve got Superman on their side. 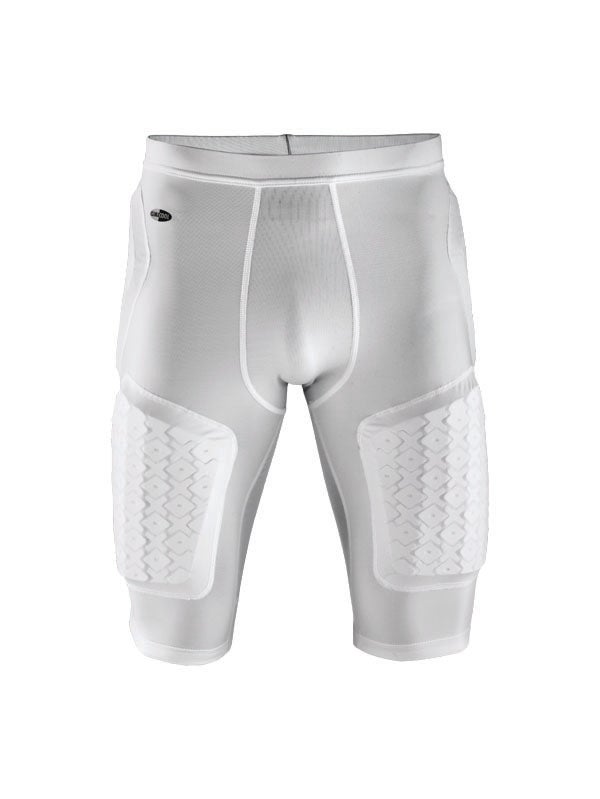 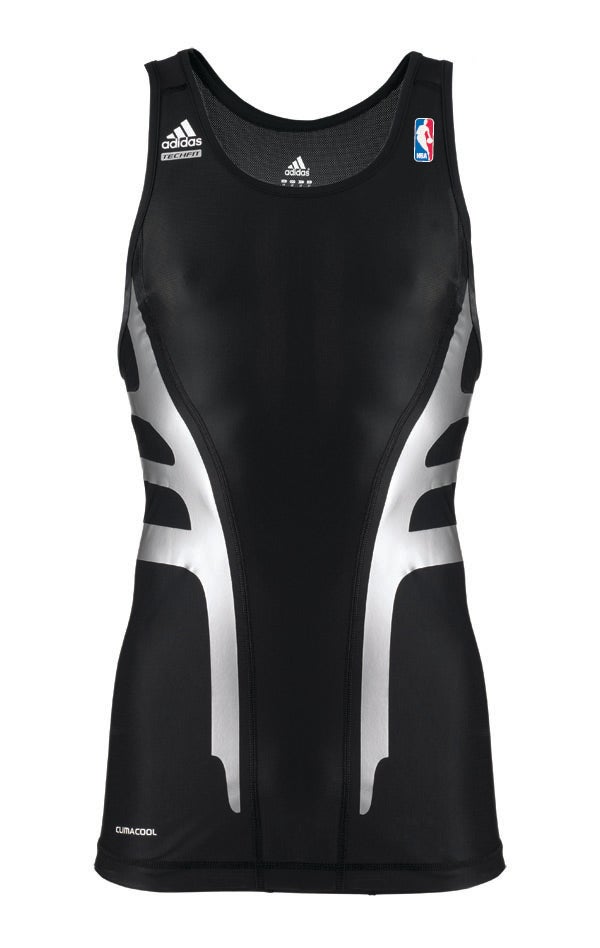 The Adidas Techfit Powerweb contains carefully placed strips thermoplastic urethane that stores energy like a spring and lets athletes release it on their villain of choice. 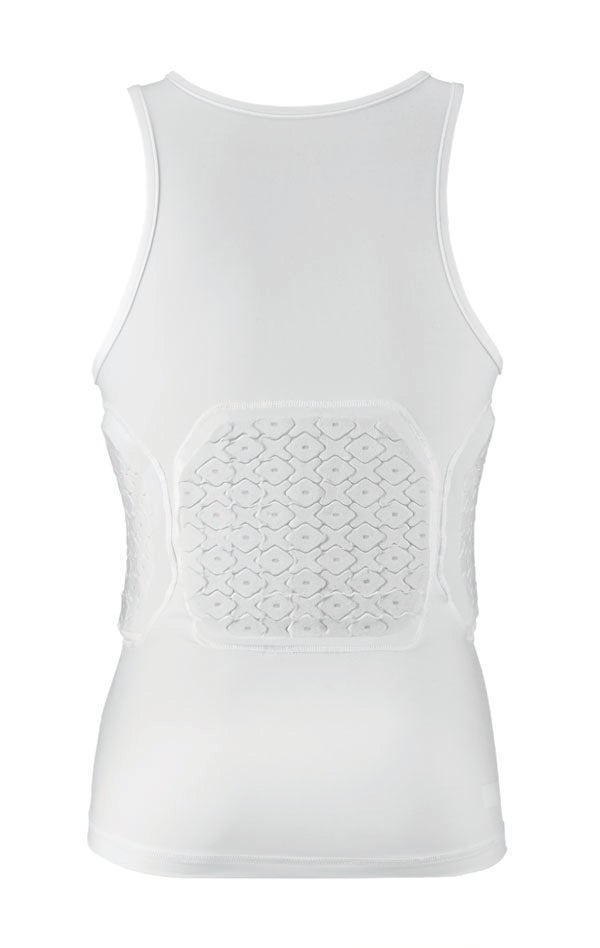 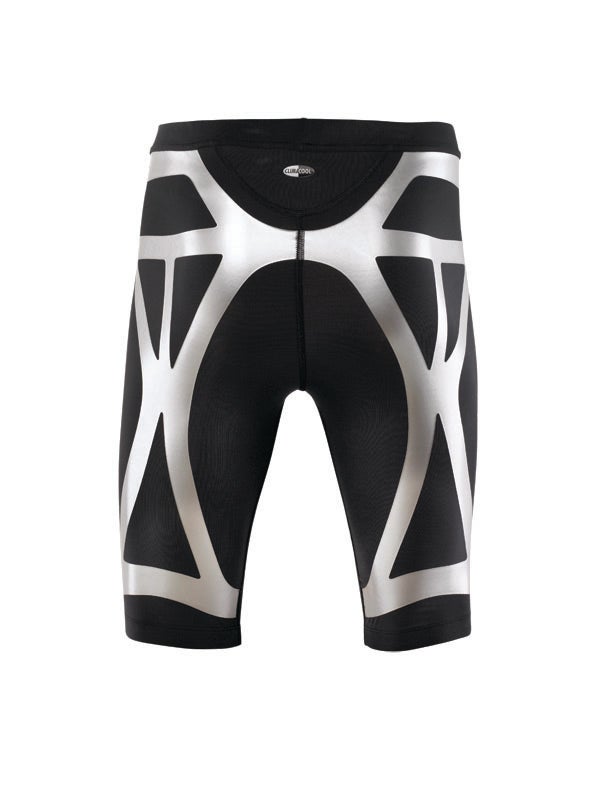 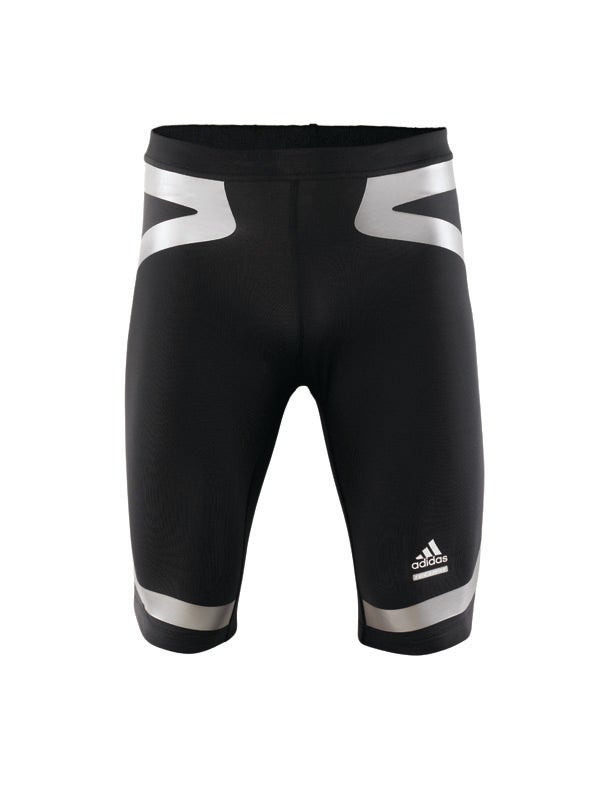 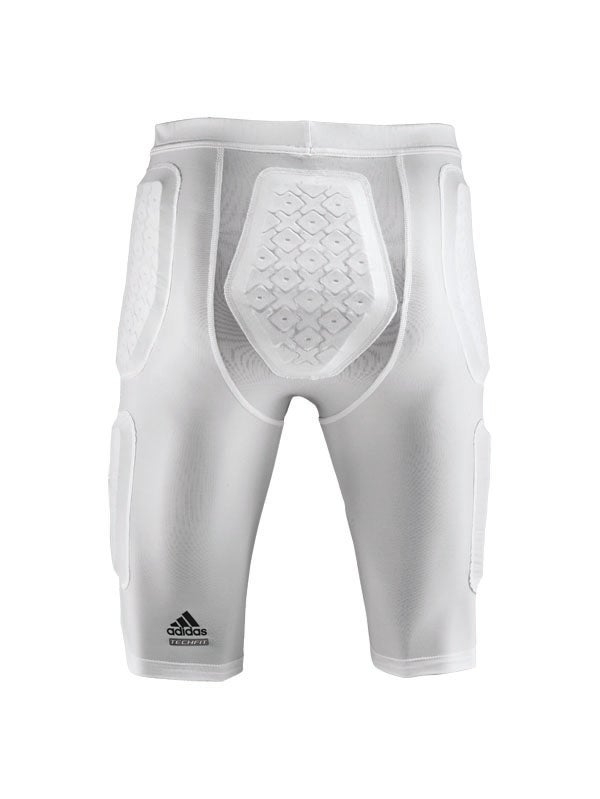