Genius, As A Tot

She learned to read, then for a challenge she taught herself Spanish – at the tender age of 2. Her... 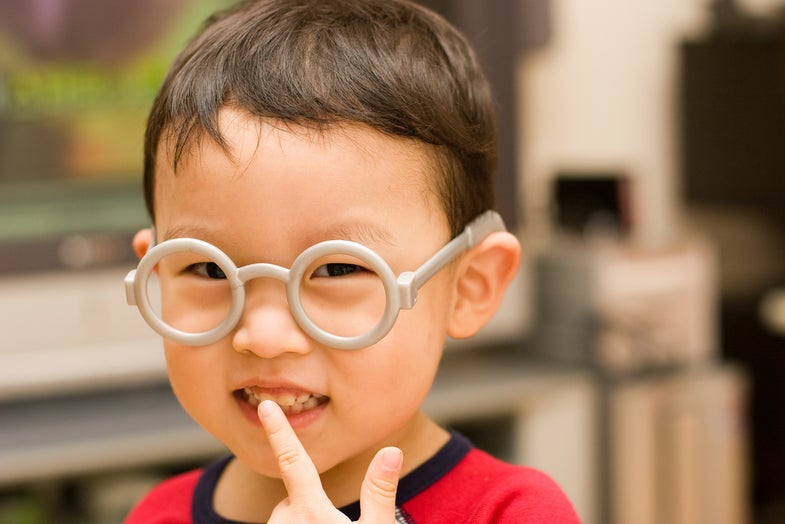 She learned to read, then for a challenge she taught herself Spanish – at the tender age of 2. Her parents took her to the doctor, where IQ tests put her in the top 2% of test-takers, with an IQ of 160 – the same as Albert Einstein’s. Her doctors told a reporter that her IQ was “off the scale.”

This isn’t the first time Mensa has admitted a tiny tot to its ranks, as the media breathlessly reported. Two years ago, Emmelyn was admitted. She certainly appears to be a stereotypical genius — she wears glasses and can talk about black holes.

But what exactly are the connections between early smarts and later life? And can genius be recognized in early life?

Fagan tested 61 infants between 7-12 months of age on their ability to selectively attend to novel pictures. The infants looked at pictures for a few seconds, and then paired the old pictures with new ones, recording how long the babies looked at the old pictures. The smarter the infant was, the shorter time they spent looking at the pictures that weren’t new – at least that was the idea. Infants generally spend about 60 percent of the time looking at new images.

The researchers then compared this data to IQ scores and academic performance when the babies were 21 – far from babies. As Wai points out, the tests were remarkably accurate at predicting IQ scores 18 years later – and the measures also correlated with academic performance, independent of parents’ educational status. The results were published in the journal _Intelligence _in 2007.

This brings up the strong hereditary component of intelligence. From the study:

Despite these strong correlations, a lot of life learning can happen between infancy and the twenties, warns Wai. “The concern is that personality traits stabilize around age 12, 13 – so to test for intelligence that early [at age 2] is questionable. People are still developing at those early ages.”

In addition, media stories can put weird pressure on families. “Although these stories are entertaining, that little girl didn’t ask the media to write a story on her,” he says. “If it was my kid, do I want a story written on her? It’s going to follow her around for life.”

Recognizing abilities early can have a benefit, though – increased awareness and access to special programs. “Typically testing isn’t about bragging about an IQ score. The main thing about testing is to notice that a child is performing a certain level, and match them with the right opportunities so they’re appropriately challenged.”