Court Rulings “They” Don’t Want You to Know About

What is the world coming to? It’s almost as if you can’t even trick people into giving you money in... 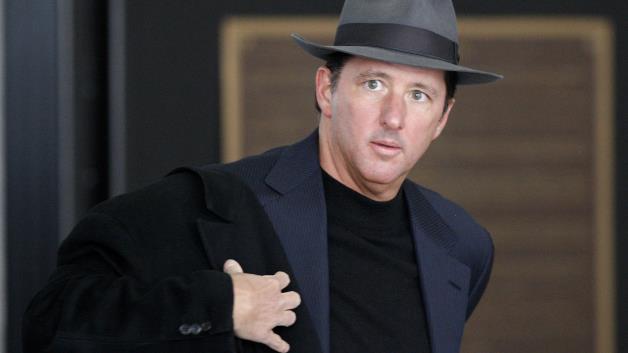 What is the world coming to? It’s almost as if you can’t even trick people into giving you money in exchange for harmful advice over the course of three decades without the federal government stepping in and politely suggesting you stop, and then suggesting you go to prison when you don’t stop.

Kevin Trudeau is the TV pitchman and author of books like Natural Cures “They” Don’t Want You to Know About and The Weight Loss Cure “They” Don’t Want You to Know About. The former book is the one that is possibly the most dangerous, considering that in it Trudeau informs readers that the sun doesn’t cause cancer. If readers wanted to know more information on these natural cures, they were directed to register for Trudeau’s email newsletter – $499 for a lifetime membership, which isn’t a great deal if you’re basing the length of your lifetime on tips from Trudeau. But it’s the latter book that finally allowed the US government to put Trudeau away for a significant period of time, much like Al Capone being busted for tax evasion. Here’s the timeline, more or less:

1990: Trudeau poses as a doctor to deposit some fake checks and is jailed for larceny as well as for credit card fraud after he stole millions from people who bought his “megamemory system.” To his credit, Trudeau doesn’t claim that the customers just forgot that they gave him permission to use their cards. Instead, he claims that it was someone else’s fault. He goes to federal prison for two years.

1998: Trudeau is fined by the FTC for making unsubstantiated claims while selling the previously mentioned mega memory system in his infomercials, as well as other products and services like “hair farming.”

2004: Trudeau is fined by the FTC for selling coral calcium as a cancer cure, and is banned from selling products or services on infomercials.

2005: Trudeau self-publishes Natural Cures They Don’t Want You to Know About and uses informercials to sell it. He also launches several lawsuits against the FTC asserting that it is his first amendment right to sell his books. The informercials sell the books and the books sell his website subscriptions and he makes millions.

2007: Trudeau publishes The Weight Loss Cure “They” Don’t Want You to Know About, and uses infomercials to sell it. The informercials sell the books and the books sell his website subscriptions and he makes millions more.

2007 (later): The FTC strikes back and claims Trudeau’s latest effort violates the 2004 ruling because he makes more unsubstantiated claims, like saying his weight loss strategy was easy to follow and that dieters could eat whatever they wanted. In fact, the book recommended strict dietary changes that readers would have to follow for the rest of their lives in order to keep the weight off. Additionally, he recommended hormone injections, and colon cleanses every other day. It was possibly the least easy-to-follow weight loss plan in history, and I’m including Breatharians in that pronouncement. Trudeau was fined $37.6 million.

2014: Trudeau is finally sentenced to prison for ten years for failing to pay a single dime of the $37.6 million he owes. Trudeau claimed he had no money, which doesn’t appear to hold up to scrutiny. (Read about my friend Carrie Poppy visiting an auction of his things to pay the bill.) Had the judge followed sentencing guidelines, Trudeau would have been imprisoned for 20-25 years.

So, fellow critical thinkers concerned about hucksters ripping off the helpless and trusting masses, that is how you go about putting away a dangerous fraud for just long enough for him to write a few more books (The Prison Workout “They” Don’t Want You to Know About, perhaps) and amass a nest egg for the time when he leaves prison to return to doing exactly what he’s been doing for the previous thirty years: ripping people off and living large while laughing at the FTC.