NASA will stream the historical event early on Friday morning 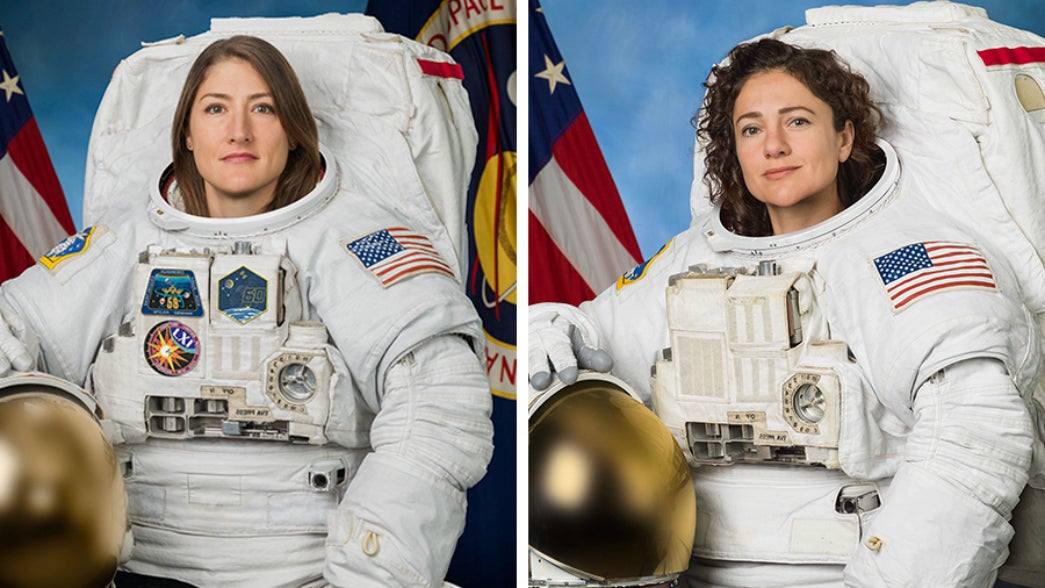 On Friday morning, two female astronauts will make history as they venture outside the safe confines of the International Space Station. Astronauts Christina Koch and Jessica Meir are the team behind the first all-female spacewalk. In NASA’s 61-year history, only 14 women have completed the task. The first all-female walk was scheduled for March of this year only to be cancelled due to the station’s lack of medium sized suits.

The spacewalk is scheduled for 7:50 AM Eastern Standard Time, but a livestream will begin on NASA’s site at 6:30 AM. Originally planned for October 21, the excursion had to be moved up to tomorrow due to an issue with one of the space station’s battery charge-discharge units (BCDU).

BCDU’s regulate the amount of energy stored within batteries as the station’s solar arrays collect energy during periods of sunlight. During nighttime passes around the Earth, the ISS relies on these batteries for power. The BCDU failed to activate following an October 11 installation of new lithium-ion batteries. While the station’s overall power supply remains sufficient, it is not running at full capacity due to the failure. This is the second BCDU failure this year, so NASA scientists intend to investigate the failures further before installing anymore lithium-ion batteries.

Replacing the 230-pound BCDU will take about three to three and a half hours. Because the activity is relatively quick—spacewalks usually span five to eight hours— the two astronauts will perform a few other tasks on their spacewalk. They will be folding back a section of the Multilayer Insulation (MLI), a protective thermal blanket surrounding the station. By folding back a section, the astronauts are going to uncover a robotic arm expansion that can make future repairs. They will also be installing a piece of hardware that supports an upcoming experimental platform that the station’s European scientists plan to establish next year.

Koch and Meir were both selected by NASA to be astronauts in 2013. This will be Koch’s fourth spacewalk, and she is slated to set the record for the longest single spaceflight by a woman with an expected total of 328 days in space. Meir joined the station on September 29, so this will be her first spacewalk.