Leaving a bad taste in their mouths 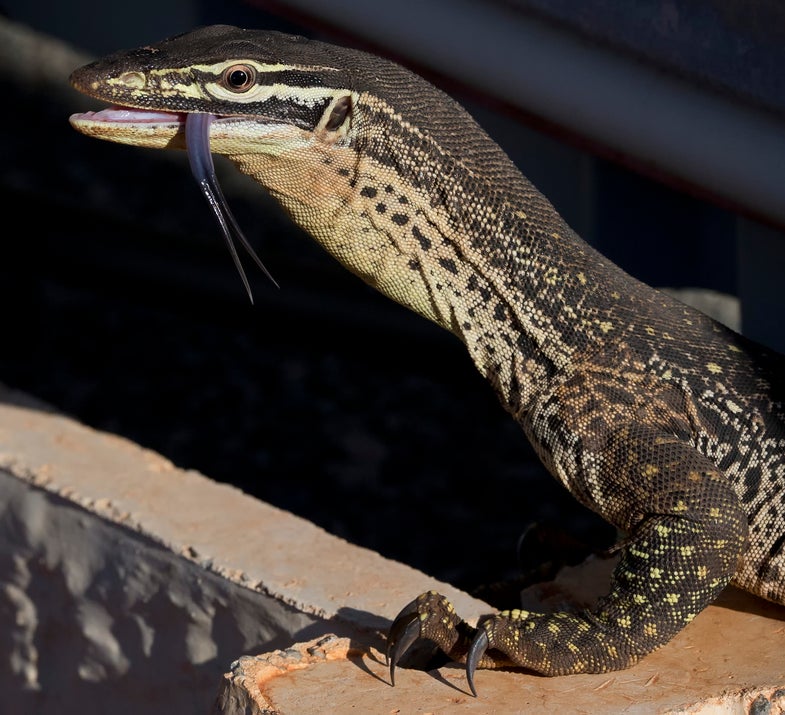 We all have to learn a hard truth at some point: just because something looks delicious doesn’t mean that it is.

That’s the lesson that researchers in Australia have been teaching goannas, Australian monitor lizards that are distantly related to Komodo dragons. In a paper published today in Biology Letters researchers revealed a new way to combat the effects that the highly toxic and invasive cane toad has had on local lizard populations.

Some native Australian species, like frogs and snakes, have learned to avoid the toxic toads through trial and error, trying a few and deciding the food poisoning just wasn’t worth it. But the goannas that encountered the cane toads were dying in droves, as they were going after the largest, most tempting (however also most toxic) toads. After eating their tasty treat, they would promptly die, not ever getting a chance to learn from their mistake.

So some scientists decided to teach them a lesson. They gave a group of wild goannas small, less toxic, cane toads to chew on. The lizards got ill, but didn’t die, and the survivors avoided the larger, more toxic cane toads like the plague. Goannas that didn’t go through the experiment weren’t so lucky.

“We saw the goannas that had not had a negative experience with the small toad died very quickly. They all died within three months of the natural cane toad invasion arriving at the site. At the end of the study, every untrained goanna had died.”Georgia Ward-Fear, from the University of Sydney told the BBC.

Cane toads were introduced to Australia in 1935 as a way to control pests in sugar cane fields. Unfortunately, the toads soon became pests themselves, adapting quickly to their new land. They’re now spreading across the country advancing at a stunning rate of 37 miles every year. This high speed rate means that more and more populations of native Australian species are having their first encounter with the cane toad every year.