Some of Denmark's insects already can't take the heat 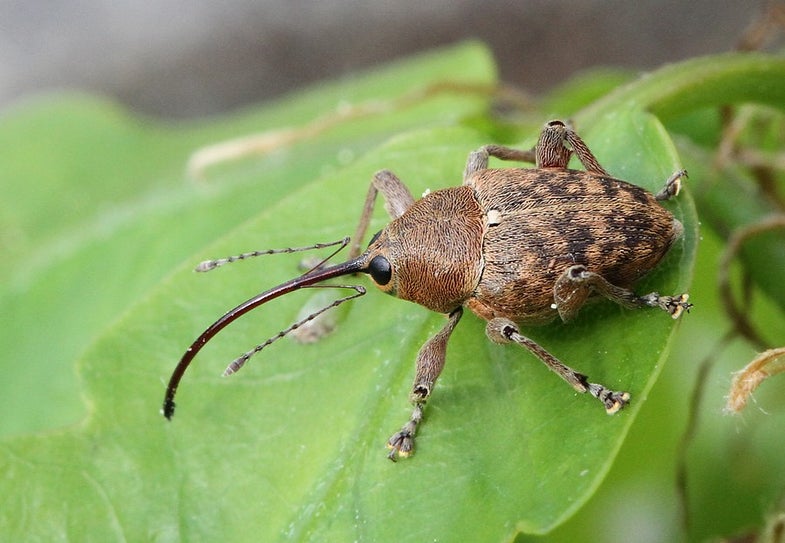 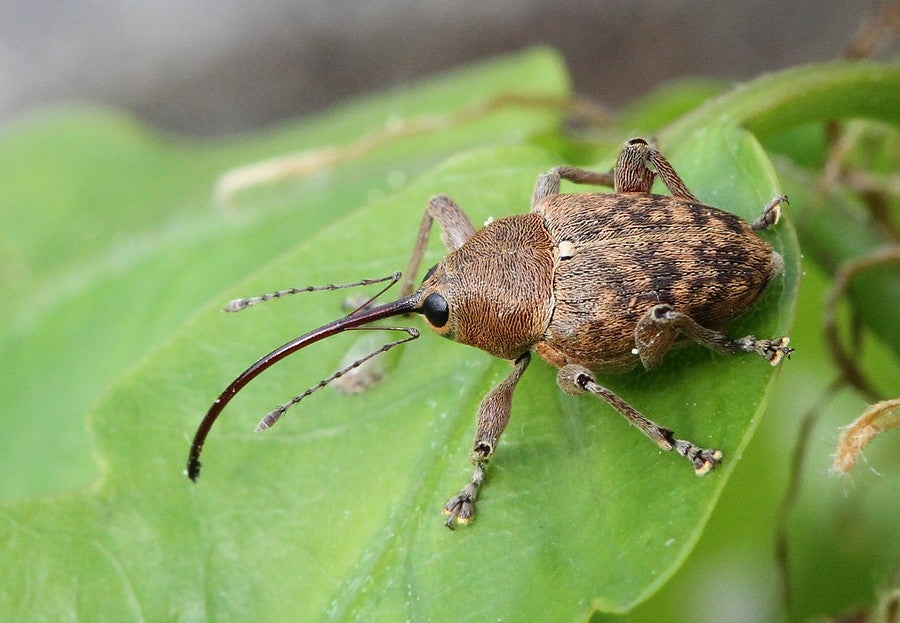 The acorn weevil, a warm dwelling specialist species, has moved northward as northern climes heat up.

What started out as a simple hobby of collecting insects from the roof of the Natural History Museum of Denmark ended up transforming into an extensive study of biodiversity and climate change. After 18 years and hundreds of thousands of insects collected, entomologists from the museum found a significant turnover of many species of insects based upon the changes in climate and temperature. With so many species involved in the study, this has provided a rare glimpse at the ways climate change is already impacting biodiversity.

Ole Karsholt and Jan Pederson, both entomologists at the museum in Copenhagen, started collecting insects from the roof of the building in 1992. Karsholt “was curious about what actually was flying around up there over the roofs of Copenhagen,” says lead author of the study, Peter Søgaard Jørgensen, who is from the Center for Macroecology, Evolution and Climate. Every week of every spring, summer, and fall, the two collected moths and beetles from a trap they had set up on top of the roof. With such an incredible wealth of data they decided to take a deeper look into their collection to see if it had anything to say. Turns out it did. Quite a bit, in fact.

The sheer amount of data Karsholt and Pederson compiled is staggering. They collected over 250,000 individual insects representing 1,543 different species of moths and beetles. To put this in perspective, this corresponds to 42 percent of all the species of moths in Denmark, and 12 percent of all the species of beetles. Using data obtained from the Danish Meteorological Institute, the researchers also calculated temperature change over time.

“There were many other groups of insects that were caught by the trap, but only beetles and moths were systematically identified to species and counted,” points out Jørgensen, adding “It is indeed exciting to think about what more we would have known about changes in the insect fauna had there been resources available to identify and count all the major groups of insects in the trap.”

As temperature increased over time, the local insect communities responded with a very visible turnover in species of beetles and moths, as more cold-adapted insects were pushed out. And specialists—species that rely on one food source—were hit particularly hard. In a press release, Jørgensen commented that “This trend is theoretically expected, but extremely rare to confirm with observations across this many species.”

One species of beetle, for example, the nut weevil (Curculio nucum), subsists solely on hazel. Hazel may be tasty, but changing temperatures are causing the plant to move northward. The nut weevil, at the risk of losing its only food source, must follow suit and travel ever northward to stay alive. The researchers were able to observe this clearly–the nut weevil was prevalent in their traps in the early years of the study, but very conspicuously disappeared in the latter half. Its close cousin, the acorn weevil (Curculio glandium), which feeds on (not surprisingly) acorns and generally lives further south, started to be found in the trap in large numbers in the second half of the study. This suggests that it too, is moving northward as temperatures push its food sources out of its natural habitat range. 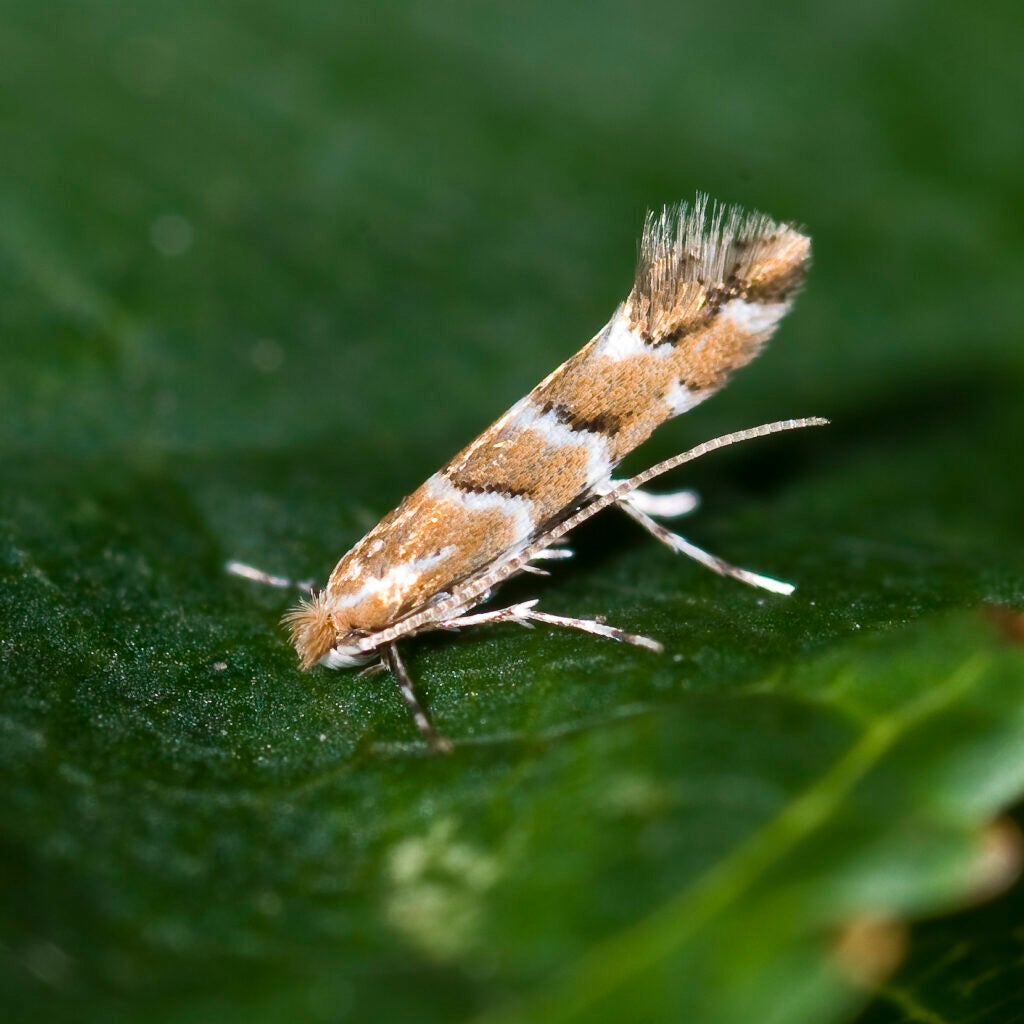 The horse-chestnut leaf miner is a warm dwelling specialist species that has moved northward, like the acorn weevil, as northern climes have heated up.

Most ecologists agree that specialist species are the most vulnerable to climate change—especially in these early stages—because of their highly specific needs. Eating just one type of plant can put you in a compromising position if climate change suddenly pushes that plant out of your home range. “We are dealing with a very sensitive group of animals,” said co-author Philip Francis Thomsen from the Center for Geogenetics, in a press release.

Situations like this have been and are being observed in specialist species around the globe, but this study clearly shows this phenomenon happening in many species of a particular environment all at once. This was only made possible by the large collections the entomologists were able to acquire.

“Without those individuals we would basically be in the dark about the majority of species in Denmark,” said Thomsen regarding the collectors Karsholt and Pedersen. “The same is probably true for many other European countries.”

The findings lead to a distinctly obvious conclusion: that climate change is impacting biodiversity right now. “It is not something that will happen far into the future or only if we reach a two degree temperature increase,” says Jørgensen. Specialized species are already feeling the squeeze.