Tiny transmitters reveal what happens inside the hive 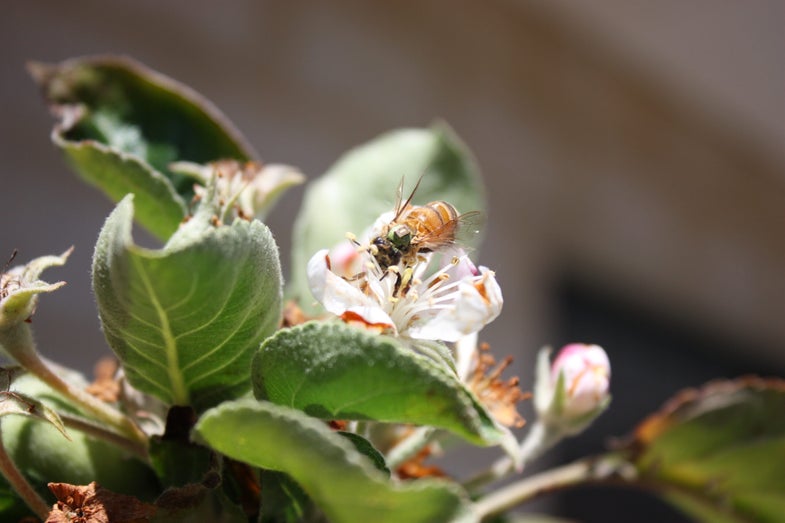 A bee with an RFID tag on a flower. Lori Lach
SHARE

We all know what it feels like to be sick. Sometimes it’s a dragging, tired feeling when you can’t get anything done; or a loss of appetite; or even the inability to get out of bed. So what happens to other animals when they get sick? Specifically, what about the bees?

That’s what Lori Lach and her colleagues wanted to find out. There have been plenty of studies and even Federal task forces about what’s killing bees, but not quite as much research into what’s making bees sick. So Lach and her team attached tiny radio frequency identification (RFID) tags to 960 bees, half of which were infected with a non-lethal gut parasite called Nosema apis.

“We just had to hold them in our hands and hope the glue dried quickly,” Lach said. “It was actually quite a process – they had to be individually painted, then individually fed, then the tag glued on. Then individually scanned so we knew which tag was on what color and treatment bee and which hive it was going into. It all had to happen within about eight hours of emergence because as the day goes on they start learning how to fly and they get better at stinging.”

The results are published in the Journal of Invertebrate Paleontology. They found that the bees infected with the parasite were 4.3 times more likely than healthy bees to not carry any pollen from flowers. And just like a person with a head cold, the infected bees had trouble getting to work (pollinating flowers) tended to go home early, and weren’t nearly as productive as their healthy colleagues. They also died earlier.

Other efforts to promote healthy bee populations have focused on creating habitat and eliminating lethal threats like pesticides, but this research suggests that in order to help these pollinators stay productive, we might need to look into keeping them healthy, not just alive. 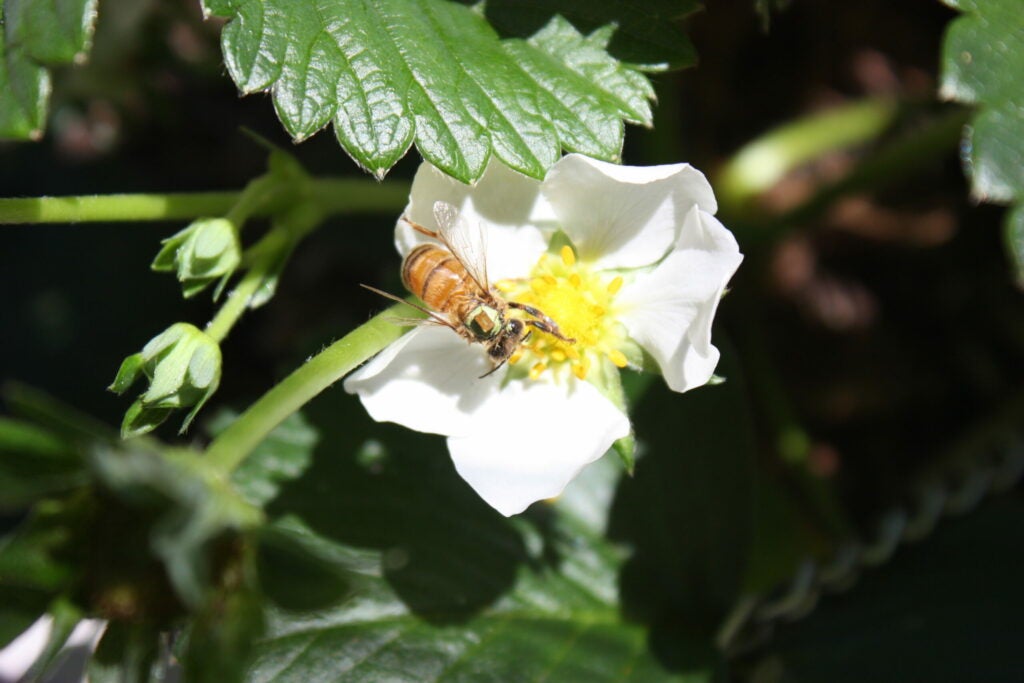 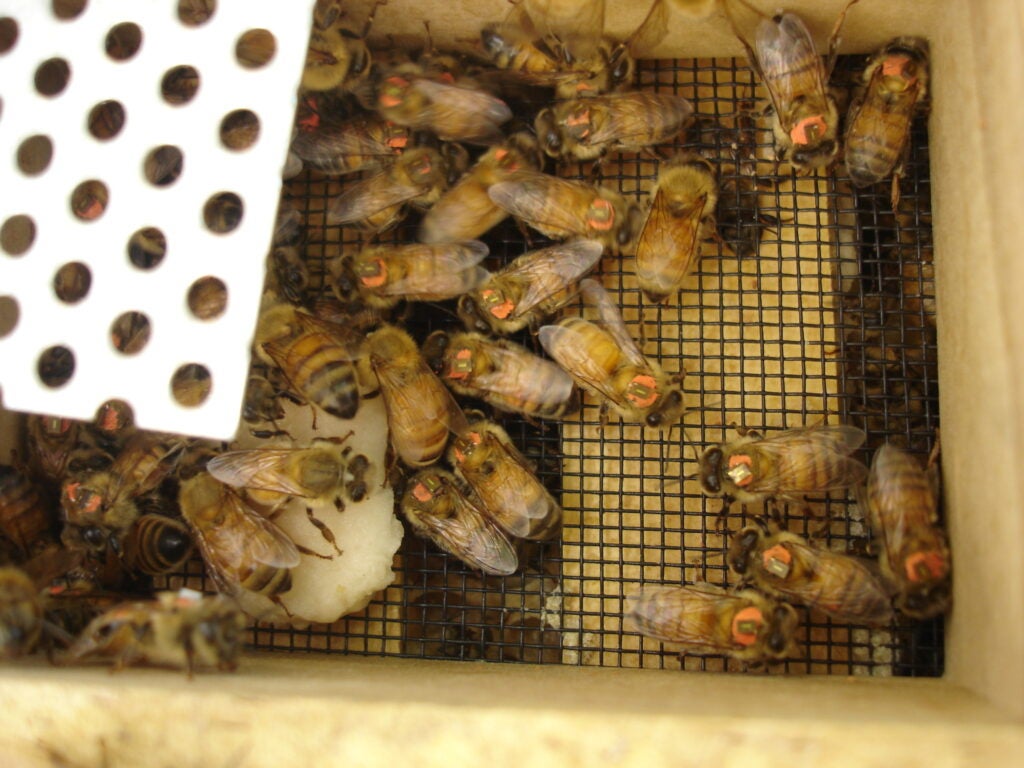 A group of the tagged bees. 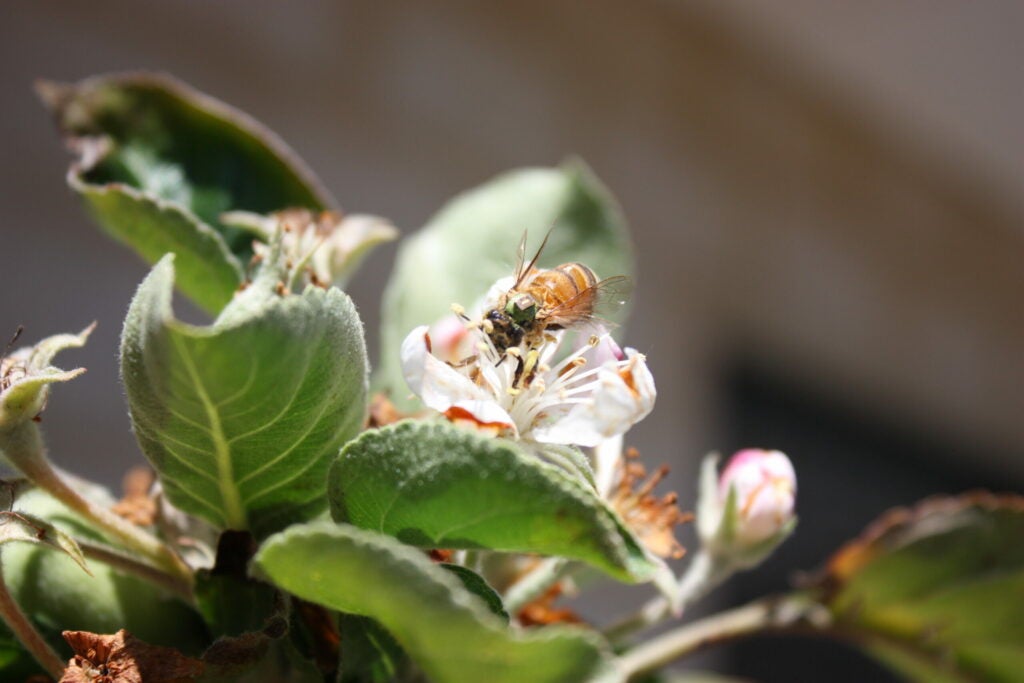 A bee with an RFID tag on a flower. 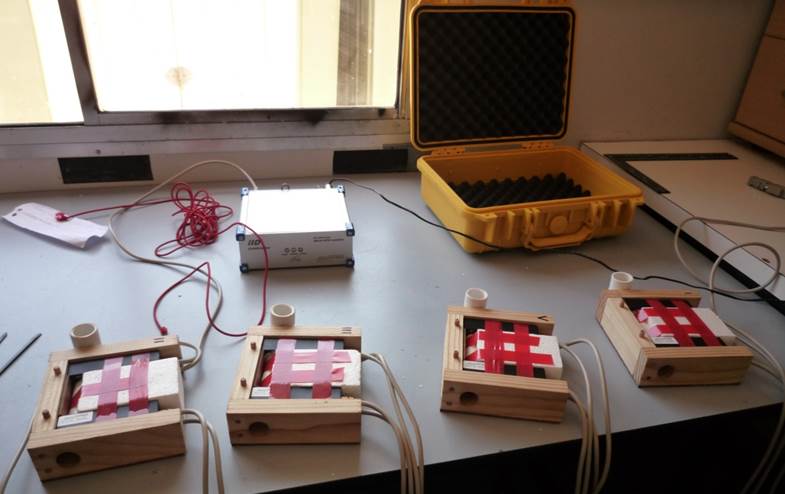