We Accidentally Created A Super Termite Hybrid In Florida 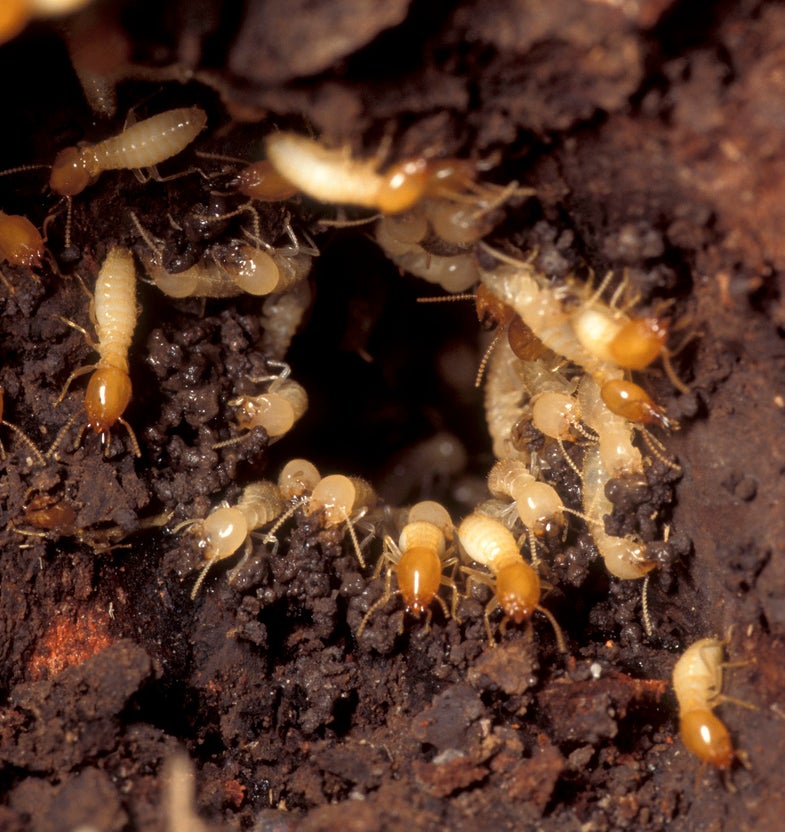 You know all those stories where humans accidentally create a monster that eventually runs amok and destroys everything? That cautionary tale is playing out in real-time in Florida right now. With termites.

In a new study published in PLOS One scientists found that two incredibly invasive species of termite, the Formosan subterranean termite and Asian subterranean termite, have started breeding, giving birth to a new race of super-strong, highly adaptable termites that are itching to devour your hardwoods. And it’s all our fault.

The two termite species, which originated in separate areas of Asia, spread across the world by hitchhiking in cargo holds. There are only three places in the world where both species have a foothold: Hawaii, Taiwan, and South Florida, but usually the ants’ mating seasons don’t overlap. In Florida, the Asian subterranean termite mates in February, months before the Formosan. But in both 2013 and 2014 researchers observed both species mating at the same time, producing large broods of hybrid termites. The researchers note in the paper that both years had warm winters in Florida, hinting that climate change could have forced the change in mating season.

Hybridization between invasive species is a very rare occurrence according to the researchers, who are waiting to see if the first generations of hybrids can reproduce. If they can, the worst case scenario would be a new kind of termite capable of thriving in climates from North Carolina to Brazil, Thomas Chouvenc, author of the study told Live Science.

But even if they can’t reproduce, this new pest could still pose a huge environmental problem. Even if they don’t reproduce, a colony of hybrids could contain millions of termites, which could live for up to 20 years, chewing their way through farms and cities. It’s a classic case of ‘if you build it, they will probably already be there, gnawing on your two by fours.’