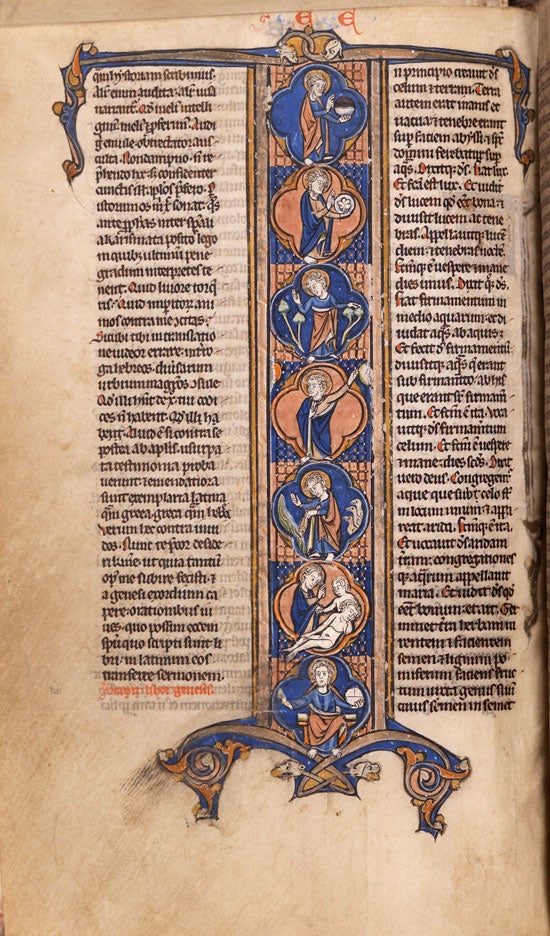 A folio from a pocket bible. Chapter of York
SHARE

Reading has been around for millennia, but how we read (and what we read on) has changed dramatically over time. Take this story for example. You’re reading it on some kind of computerized device, with pixels forming these words on a digital screen. Just a few decades ago you would probably be reading these words printed on paper. Time goes by so quickly doesn’t it? Now go back even further. Several centuries before the present reading would be rare, and most important writing would be inscribed by hand onto prepared animal skins, but what kind of animal skins?

For a long time, people assumed that the finest parchment, used for delicate beautiful books like pocket bibles, came from smaller animals like rabbits, or was made from the skins of newborn or aborted calves and sheep.

The latter theory even gave rise to the name of the parchment, uterine vellum, but some researchers were skeptical, because using the skin from newborn or aborted farm animals would have been unsustainable agriculturally, especially with medieval farming practices.

A study published today in PNAS finds that the truth is not nearly as morbid. Using a new, non-invasive technique, the researchers found that really, the parchment just came from adult sheep and cow skins, similar to leather or sheepskin products today, but treated differently to get the desired thin, almost paper-like feel.

To reach their conclusion, the researchers looked at 220 samples from 72 13th-century pocket Bibles. To get their samples without damaging the precious books, they used a very simple tool: an eraser. By rubbing an ordinary PVC eraser (usually used in art classes or to remove dirt from old manuscripts) over the parchment they were able to get enough of the protein from the animal skin to run tests confirming what kind of animal the parchment was made of, and even where the animal came from geographically.

The development of a non-invasive test like this is a blessing for historians, who no longer have to take tiny clippings of parchment from these rare old books, keeping them preserved for future generations. 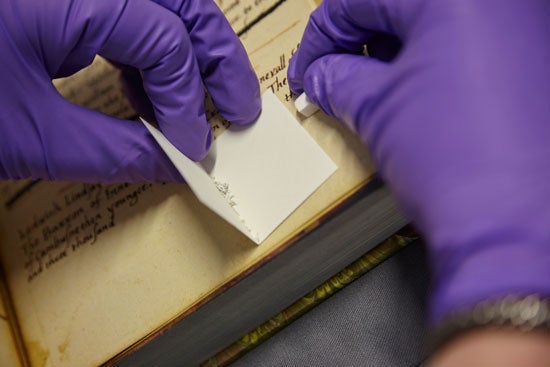 Researchers used erasers to gather tiny amounts of animal protein from the parchment without damaging the documents. 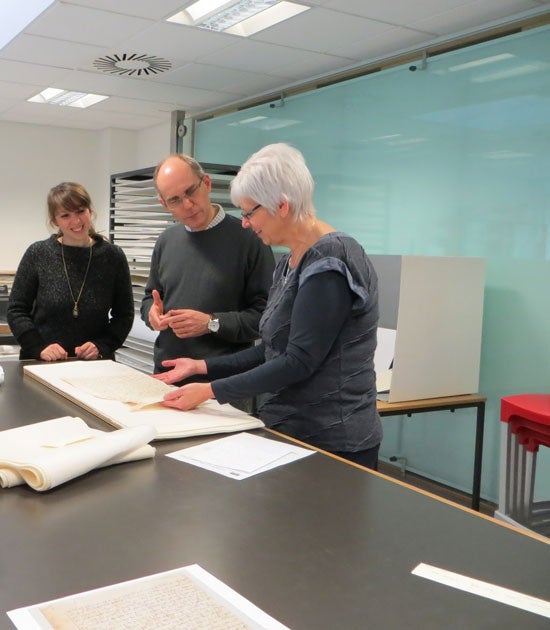 Examining parchment documents at the records office. Before paper, parchment was generally used to record all kinds of legal contracts and writings. 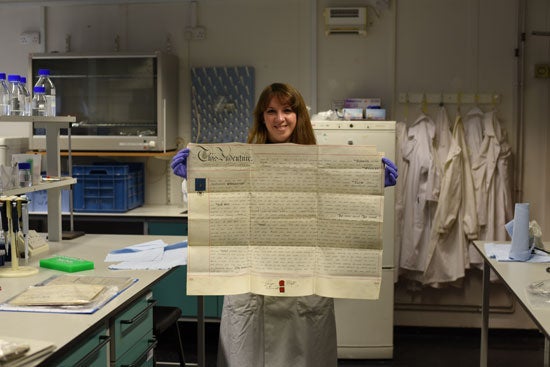 Author of the study, Sarah Fiddyment, holding a parchment deed.

A folio from a pocket bible.
Animals