And unfortunately, as devastating as they were, things could be even worse next time 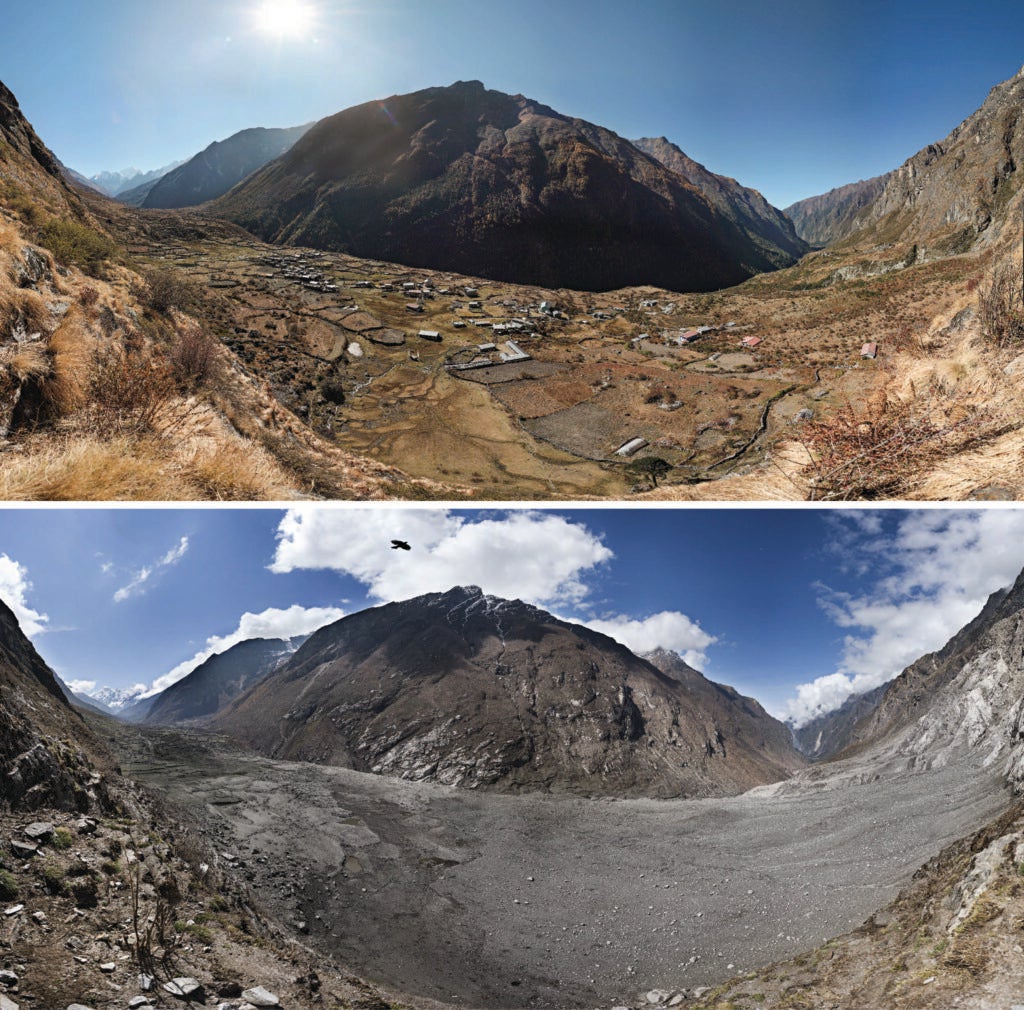 A devastating landslide caused by an earthquake wiped out an entire village in Nepal’s Langtang Valley.

The huge earthquake that struck Nepal in April devastated the capital city of Kathmandu, and many villages in the countryside. Ice avalanches on Everest and landslides in other areas of Nepal caused even more damage than the initial shaking, wiping out entire villages. But because much of the country’s communication and transportation infrastructure was damaged in the quake, it’s been hard to get a full picture of the damage.

Now, researchers are getting a better idea of what happened. In two studies published in Science today and announced at the fall meeting of the American Geophysical Union, researchers examined the aftermath of this latest massive earthquake, and unveiled new findings about past earthquakes in the region that could help prepare for greater hazards in the future.

In the first paper researchers found that there were 4,312 landslides caused by the earthquakes and aftershocks. All the landslides were mapped by volunteers in the six weeks using field work and satellite data after the earthquake. Some of these events were incredibly deadly, like the one in Langtang Valley (pictured above). Co-author of the paper Jeffrey Kargel estimated that the energy involved in the landslide was roughly half that involved in the nuclear bomb detonation at Hiroshima, and the mass of debris rumbling downslope pushed the air at such a high velocity that the air itself blew away stones in buildings up to a kilometer (half a mile) away.

As horrific as that is, the number of landslides was actually surprisingly small for an earthquake of that magnitude.

In the second paper, researchers looked at the geological evidence for past earthquakes in the Himalaya region. In particular they looked at the massive deposits that were created by landslides during the Medieval period. Pokhara, the second-largest city in Nepal, is actually built on top of sediments that were deposited during landslides following these huge earthquakes. The researchers found that in some cases, the landslide debris had travelled for over 60 km (37 miles) until it got to its final resting place, covering the entire area in massive amounts of sediment and wiping out everything in its path.

In a press conference, one of the authors, Oliver Korup noted that, for perspective, “Downtown San Francisco would be buried by 50 meters (164 feet) of debris”.

The April earthquake was certainly devastating to large areas of Nepal, but if it had been larger, more like the ones that happened hundreds of years ago, it could have been even worse. Researchers from around the world are still parsing the data, looking into the past in the hopes that we can better prepare for the future.