NIH Ends All Research On Chimps, Sending Last 300 To Sanctuary

All remaining chimpanzees will be retired 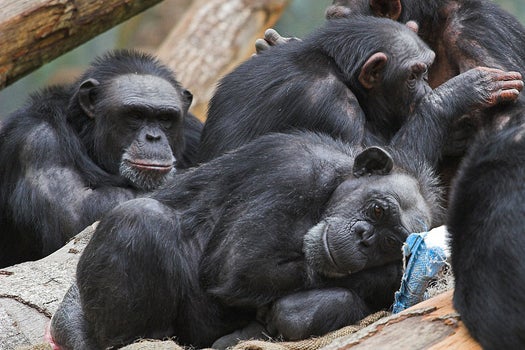 The U.S. National Institutes of Health just announced this evening that it will be ending all its funding for research using chimpanzees, going further than its previously stated goal to keep 50 chimps for experiments (per a 2013 report).

According to a public release from the agency signed by NIH director Francis H. Collins, the move was made because no researchers had sought permits for the 50 chimps under the old plan, and other “numerous changes over the last few years.” “I have reassessed the need to maintain chimpanzees for biomedical research and decided that effective immediately, NIH will no longer maintain a colony of 50 chimpanzees for future research,” Collins wrote.

All of the remaining chimps NIH owns (390, as of last count) will be headed to a federally-funded chimpanzee sanctuary called Chimp Haven located in Keithville, Louisiana. Chimp Haven has been operating for 20 years, and the facility contains over 200-acres of forest where the chimps—some 200 of them prior to today’s announcement— are said to be allowed to roam free, as the local Shreveport Times has previously reported.

Chimp Haven said in a Facebook post tonight that it was “thrilled with today’s announcement from the NIH,” and expected to receive 300 chimpanzees. 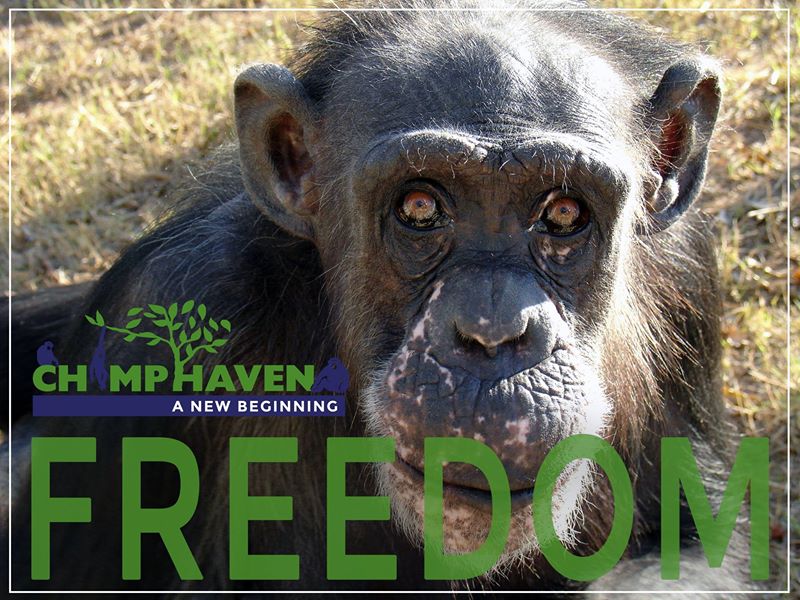 Chimp Haven, a federally recognized wildlife preserve in Keithville, Louisiana, posted this image to its Facebook page on November 18, 2015, following the NIH’s historic announcement it would be ending all research on chimpanzees and retiring nearly 300 animals it owned to the Haven.

For his part, NIH’s Collins cautioned in his statement that the transition would take time: “Relocation of the chimpanzees to the Federal Sanctuary System will be conducted as space is available and on a timescale that will allow for optimal transition of each individual chimpanzee with careful consideration of their welfare, including their health and social grouping.”

Collins also noted the decision impacted only the chimpanzees, not any of the other species (mice, rats, pigs, dogs, other species of up to 25 million total animals in research projects throughout the country, according to animal treatment nonprofit activism group The Humane Society). The conclusion to his release reads: “These decisions are specific to chimpanzees. Research with other non-human primates will continue to be valued, supported, and conducted by the NIH.”

Nonetheless, the decision was criticized by the pro-animal research activism group Speaking of Research (an outgrowth of the similarly focused and now defunct student advocacy group Pro-Test, founded in 2006), with the group writing on Twitter: “An unfortunate decision by @NIH for #science, for the #chimpanzees affected by this move, and for wild chimpanzees.”

Intriguingly, the announcement also came on the heels of a report by Science Insider covering a recent, increasingly aggressive and possibly harassing campaign waged by the animal activism group People for the Treatment of Ethical Animals (PETA) targeting Collins and NIH researcher Stephen Suomi over the experiments at Suomi’s Poolesville, Maryland, laboratory (these involved separating monkeys—not chimpanzees—from their mothers and getting them addicted to alcohol, and the lab drew an inquiry from members of Congress).

PETA sent letters in the mail to Collins’s and Suomi’s neighbors in Washington, D.C., back in late October, saying the experiments were “cruel,” warning the neighbors it was “similar to having a sexual predator in your neighborhood,” and including Collins’ and Suomi’s home addresses and phone numbers. Collins didn’t specify whether the campaign had anything to do with today’s announcement.

Correction: this article originally incorrectly stated that Suomi’s lab performed experiments on chimpanzees. We’ve updated the story to correct the record and we regret the error.