Find What Earthquakes Shook The World When You Were Born 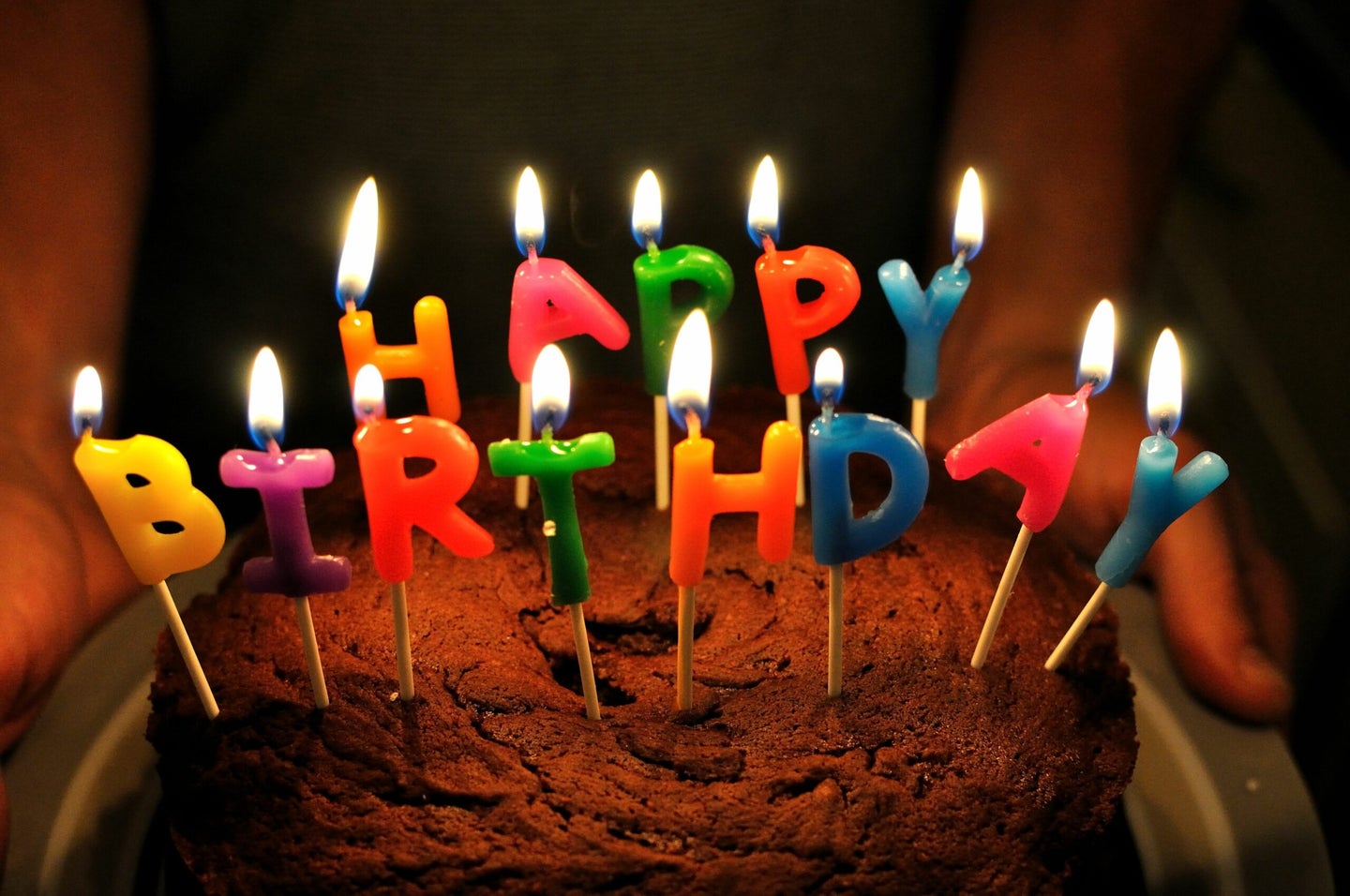 Let’s face it, the fact that you were born is not Earth-shattering news. Sorry. But there’s a good chance that somewhere in the world, the Earth was shaking at least a little bit on the day you were born.

Today, EarthScope, a geological project focused on understanding the North American continent, invites us all to play around with a new tool called BirthQuake.

BirthQuake is a website lets you discover the major earthquakes that were happening on your birthday. Put in the month, day, and year of your birth, and uncover the largest earthquakes that happened the day you were born. Or, you can do the same for celebrities and scientists. 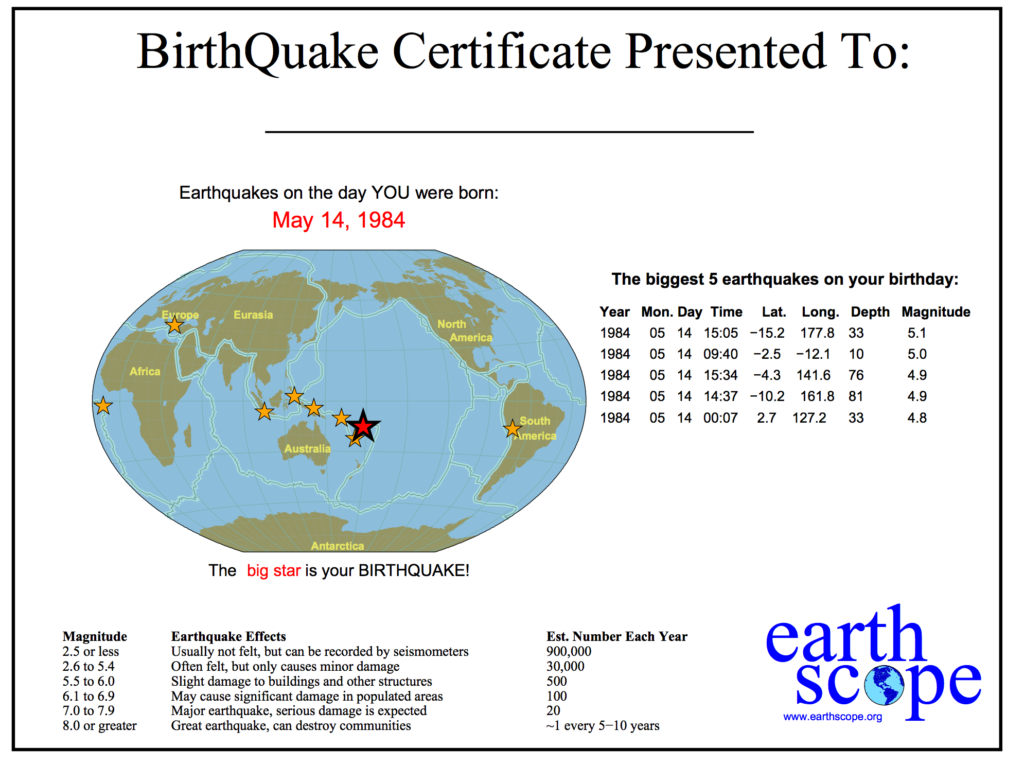 Only a few very small earthquakes were recorded when Elon Musk entered the world. 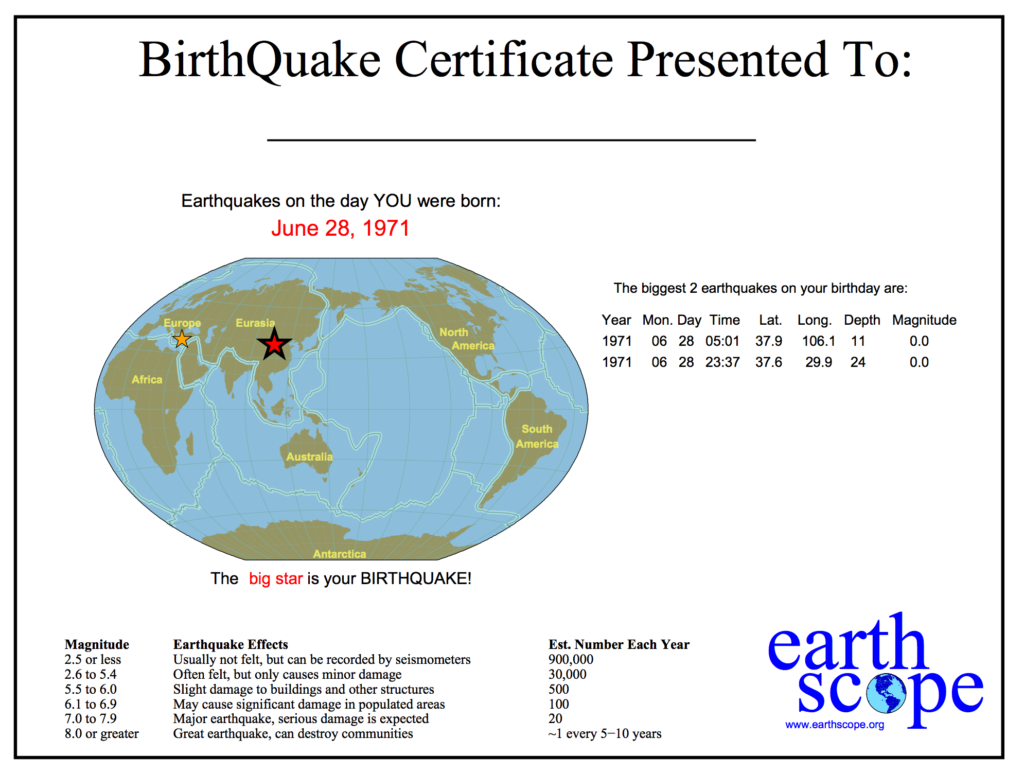 Neil deGrasse Tyson didn’t have any major earthquakes recorded on his birthday, but the website provided some close approximations. 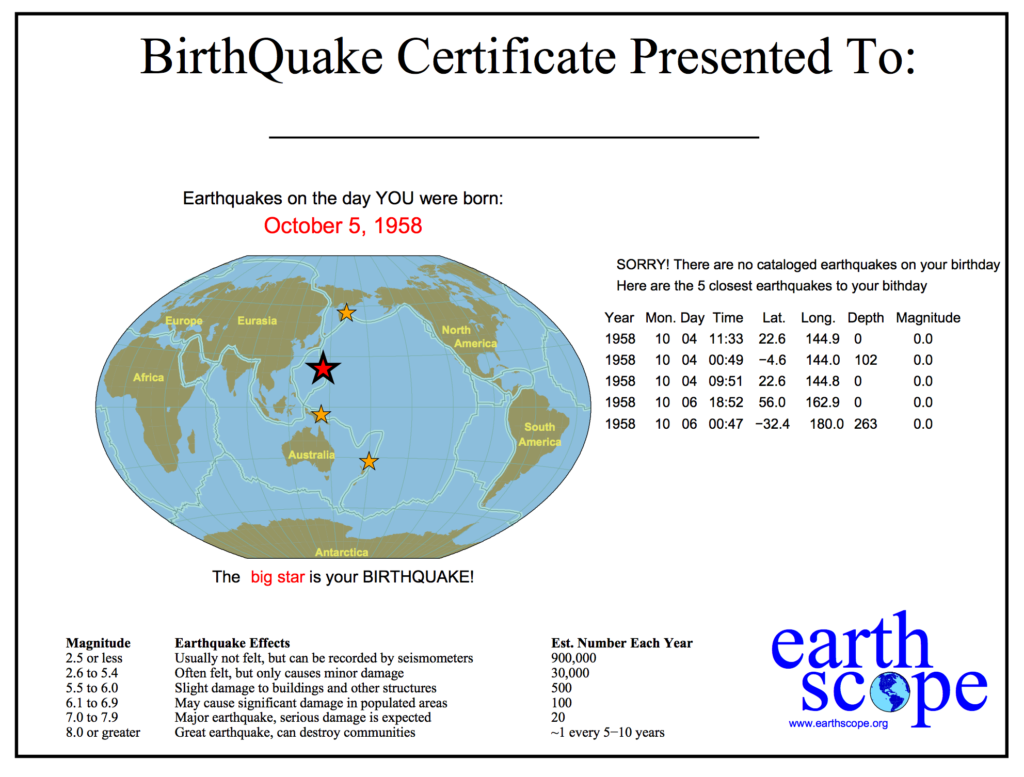 Not everyone has a BirthQuake map ready to go. Really recent earthquakes may not be included, and if someone was born a very long time ago, there might not be any records, especially of smaller quakes. For example, Albert Einstein (March 14, 1879) was born before the scientific community had the resources to record every instance of an earthquake around the globe.

What earthquakes were shaking the world when you were born?