Icebergs Make Waves In Clouds Above The Southern Ocean 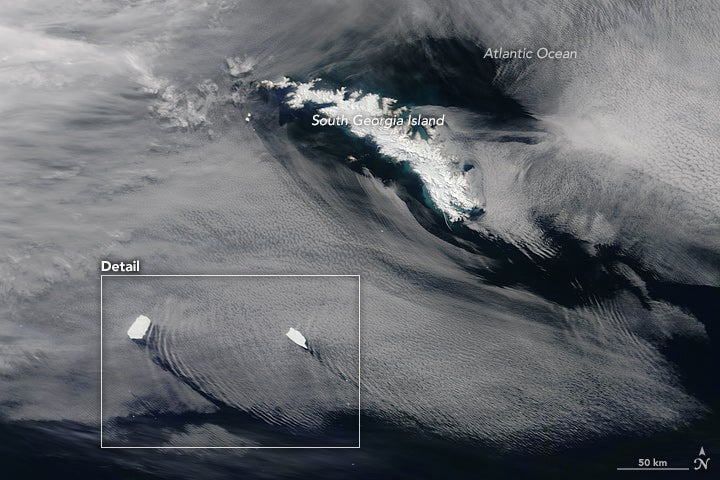 Ever since the sinking of the Titanic, icebergs have had a bad reputation. But they can do a lot more than just sink ocean liners. Some icebergs that are large enough can actually change the skies above them.

NASA recently released these photos of icebergs off the coast of the South Georgia Islands in the southern Atlantic Ocean.

The ripple effect in the clouds above the larger icebergs is caused by air being pushed up over the massive blocks of ice, creating patterns in the clouds. 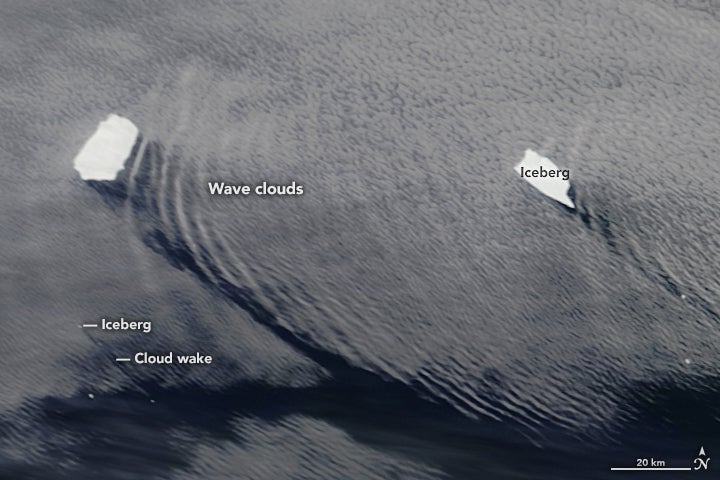 Close up of wave clouds

The ripples are caused as air moves over the huge icebergs. The icebergs are so large that air flowing over them rides up. The rising air current disturbs the clouds above, creating the ripple effect. The same effect is usually seen over islands, like in this image taken over Amsterdam Island in 2005. 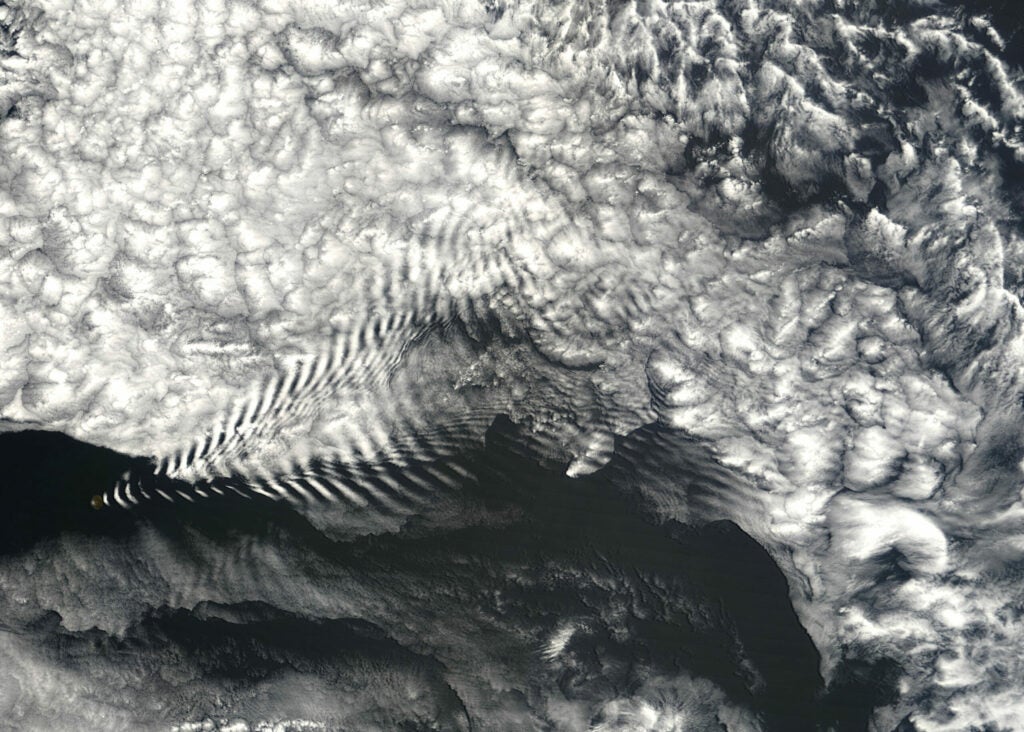 In a completely separate phenomenon, smaller icebergs seen nearby in the first image still leave wakes in the clouds visible from space as they shove through low-lying fog on the ocean.

The larger icebergs probably broke off Antarctica’s ice shelves, and likely tower well over 30 feet above the water line. As the world warms, scientists expect to see more large icebergs like these getting set adrift.